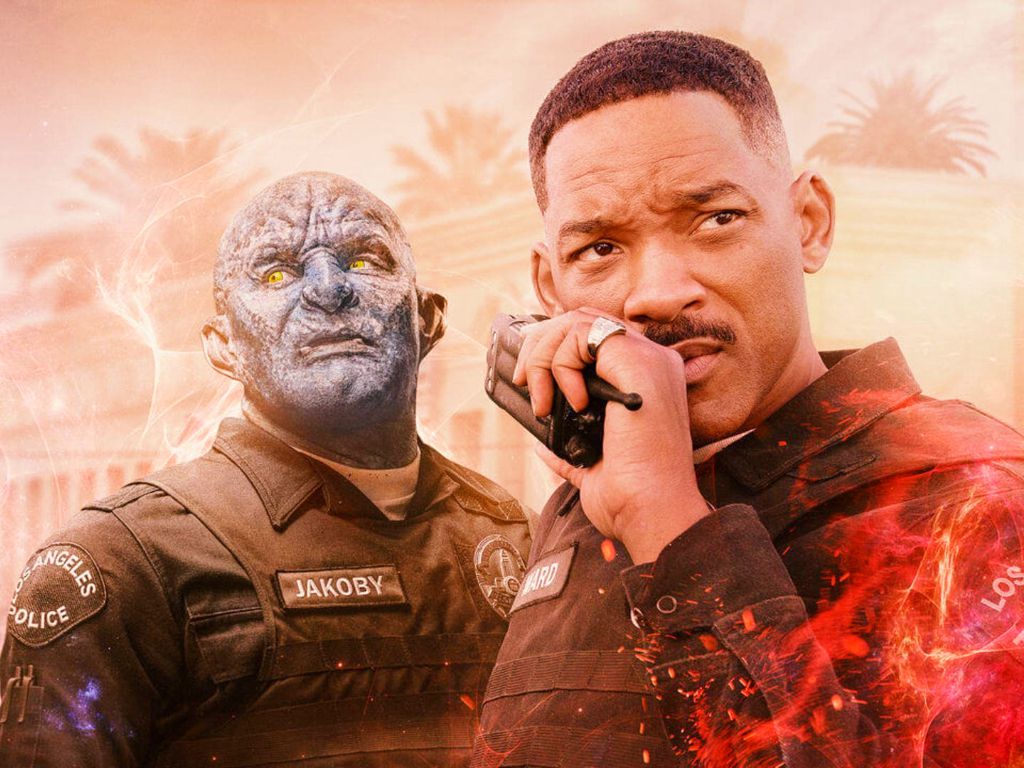 It's the best of times. It's the worst of times. Netflix changed the streaming game with their string of unforgettable shows and movies. There are others, however, destined to be forgotten.

"The hottest show of 2007", one review claimed. It was not, however, a compliment, given that the show aired in 2017. Though Netflix attracted powerhouse star Naomi Campbell, they didn't make use of her talents. The female anti-hero show was cancelled after only one season.

The third movie in the "Cloverfield" franchise was highly anticipated. Netflix picked up the movie from Paramount. The film was widely marketed, and had a lot of buzz. Ultimately, it was a massive disappointment, and was rated a mere 18% on Rotten Tomatoes. Some felt that Paramount had dodged a bullet by selling the film to Netflix.

Netflix has made a few attempts at high-concept genre shows, including "Sense8" and "The OA", which didn't last, but were much beloved by fans. The same cannot be said of "The I-Land". The show follows a group stranded on an island, with no memory of how they got there. Because of the island element, many compared it to "Lost" and found it fell short.

Ever have that dream where you're doing something important, except it turns out you're naked? They somehow stretched that out into a whole movie. Starring Marlon Wayons. There's a reason you've never heard of it.

When Adam Sandler inked a $250 million, four-movie deal with Netflix, there was bound to be at least one clunker, if not more. Before the movie was even finished it was creating controversy, with Native American actors walking off the set due to the script's offensive stereotypes. Though Netflix executives defended the film, saying it was satire, when the movie was released, it was worse than offensive. It was just plain stupid.

'Father of the Year'

Speaking of former SNL stars, David Spade starred in "Father of the Year". The premise is that two drunk college kids get into a fight about whose dad could beat up whose dad. It's one of those premises that makes you feel like anyone could write a movie. But, as it turns out, not everyone can write a good one.

What's the number one job kids in America want to be when they grow up? It's not astronaut. It's a YouTube star. Social media platforms like YouTube, Instagram, Snapchat, TikTok and Vine (RIP) are filled with influencers who have millions of followers from the child and teen demographic. It's no surprise, given the built-in audience, that mainstream platforms are trying to capitalize on this success. Social media fame, however, has not been a good indicator for major platform fame, and "Chasing Cameron", which starred Vine star Cameron Dallas, was critically panned.

Speaking of struggling outside of social media, "Haters Back Off" is another prime example. It started off as a popular YouTube series before moving to Netflix. But some shows are better in their short format than when they're stretched out to fill a full half hour. "Haters" only lasted two seasons on Netflix.

Netflix does seem to love once-popular SNL stars. Given how many flops they've produced, however, it's surprising they still keep doing it. This show had nothing new to say and relied on the tired 'schlubby guy with hot wife' sitcom trope. As one critic put it, "We don't need to see the world through Rob Schneider's eyes."

So long as Netflix is drudging up old SNL stars, there's no reason to not put two of them together. Adam Sandler and David Spade starred in "The Do Over." The movie is based on the never-done-before, groundbreaking premise of...gasp! Faking their own deaths! (Please clutch your pearls here.) The movie scored a whopping 10% on Rotten Tomatoes.

"Special Correspondents" is a real head-scratcher. Unlike David Spade, Rob Schneider, or Adam Sandler, whose height of popularity was years in the past by the time they partnered with Netflix, Ricky Gervais was still very much in demand, having just hosted the Golden Globe Awards. Demand doesn't equate to quality, however, and one critic called the film "quite, quite awful".

Marvel content exploded on Netflix. With show after show, there was bound to be a clunker. That clunker is "Iron Fist". While the show did stir some controversy because of its Asian stereotypes, that was far from its worst offense. One reviewer said, "It...manages to fall short on basic levels like storytelling" and went on to say that "its creative laziness bankrupts the entire show".

Maybe you're starting to notice a pattern here. Netflix tries to bake success into their projects by betting on bankable stars, recognizable properties, and sequels. That strategy, however, doesn't always pay off. Despite starring the legendary Michelle Yeoh and being a sequel to Academy Award Winner "Crouching Tiger, Hidden Dragon", the film was poorly received by audiences and critics alike.

Sometimes teen dramas get flack merely because they're teen dramas. People sometimes forget it's not meant for them, it's meant for, well, teens, whose taste in television shows can veer into the melodramatic. But shows like "Riverdale" and "The 100" manage to cater to their teen audience while telling interesting stories. This isn't so for "Between", which is a post-apocalyptic drama that doesn't come close to the storytelling in "The 100".

"Game Over, Man!" seemed to be Netflix's search for the next "Hangover". It's an over-the-top bro comedy version of "Die Hard". But while there's a certain charm to stoner-dude humor, this movie offered nothing original. It was a lesser version of the bro comedies that came before it with nothing new to say.

Speaking of stoner comedies, how about one for the ladies? Unfortunately, any female-centric comedy about marijuana was going to be compared to the iconic "Weeds." This Chuck Lorre comedy unfortunately didn't stand up. Its broad, light comedy just couldn't compare to the distinctiveness that made "Weeds" so memorable.

If Netflix is trying to do something with bro comedies, why not another hallowed genre, the dance movie? Enter "Step Sisters." Dance movies have a long and hallowed history, with such loved classics as "Step Up" and "Save the Last Dance." "Step Sisters", however, had nothing new to add to the genre, and was quickly forgotten.

With so many ground-breaking shows, a show really has to do something original to stand out. Comedies like "Russian Doll" and "Barry" are so out there that they immediately suck viewers in. This is not true of "Flaked", which is about an awful guy who has a crush on a woman. Yawn. One reviewer called it "dull" and "pointless".

What's tough about "Secret Obsession" is that it was so popular, with 40 million people tuning in to watch it. That, however, was more of a function of Netflix promoting it endlessly. If you had a Netflix account around the time the movie came out, you'll remember the ads for it. If only it had been good instead of, as one reviewer said, "methodical in its sloppiness and crafty in its stupidity."

Where to start with this one? It's a show about an overweight girl who gets her jaw wired shut, loses 70 pounds and becomes hot. And of course that subject is handled with the tact, class and sensitivity you'd want when dealing with a teenage girl and her weight issues. JK, it's even worse than you're imagining. It's not just that the show was insulting. It managed to be insulting on so many levels— to anyone overweight, to survivors of sexual assault, to people of color as well as white Southerners. It almost sounds ideal for anti-PC culture, except that the comedy wasn't edgy in a way that made it stand out. The jokes were lazy, which made it completely forgettable.

Another Adam Sandler joint. This isn't to hate on Adam Sandler. "Happy Gilmore" and "Tommy Boy" are two of the greatest comedies of all time. Which is what makes movies like "The Week Of" so disappointing. Sandler's comedic chops are frozen in that moment in time and, while they were groundbreaking in their day, they live in well-trodden territory now. "The Week Of" feels like a movie that was released a long time ago.

It's tough to comment on the failures of this show without commenting on the failures of the real-life person on whom the show was based. The show was based on a book of the same name, which is itself based on the life of Nasty Gal founder Sophia Amoruso. Many people felt like the character meant to be Amoruso was lacking substance, and maybe that's because Amoruso herself lacks substance. Her once $200 million company filed for bankruptcy. Maybe if the show had reflected some of the flaws that led to her downfall, it would have had more staying power, but was it was, as one reviewer called it, "a tone-deaf rallying cry to millennial narcissists".

Remember this? If you have a Netflix account, of course you do, since this was another film they marketed to their own audience endlessly. Remember anyone talking about it? Of course you don't, since it wasn't good enough for anyone to do that.

Historical epics are a huge gamble because they're extremely costly to make. With "Marco Polo", Netflix gambled and lost. The title character, as one reviewer said, "is a terribly boring character."

'In the Tall Grass'

We tend to think of Stephen King as a hitmaker, but he has some misses too. Along with massive superhits like "It," "The Green Mile," and "The Shawshank Redemption" are almost-forgotten "Under the Dome" and "In the Tall Grass". Unlike some others on this list, you understand why Netflix made it. It's too bad it didn't pan out the way they wanted.