The 25 Worst Superhero Movies of All Time

Sarah LaPointe
The 25 Worst Superhero Movies of All Time September 23, 2019Leave a comment 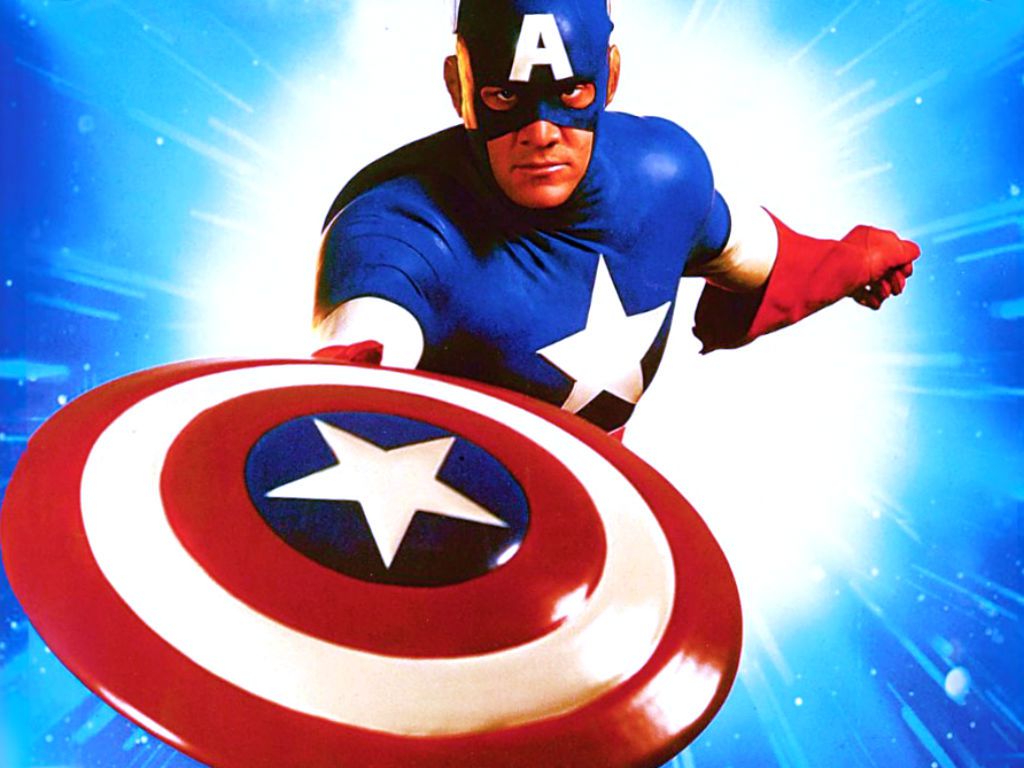 Not all superhero films can fly high enough to break box-office records or become successful franchises. Sometimes their Kryptonite is the unachievable ambition of their writers, unconvincing CGI powers, or plots that weren't meant to leave the comic page. Below are some of the worst superhero movies that should have never donned a cape and cowl.

Despite developing a cult following over the years, "Howard the Duck" was a commercial failure during its initial release and earned seven Razzie Award nominations. Failing to remain true to its comic origin, the movie's emphasis was on convincing special effects "rather than satire and story."

Before Chris Evans donned the patriotic persona, Matt Salinger played the iconic Marvel hero in the 1990 "Captain America." The film strayed from the comics and originally the script involved an elderly Red Skull's attempt to steal the Statue of Liberty with the aid of "a female death cult." Featuring a fascist Italy, an incapable actor, and an indiscernible plot, one critic stated the film "should have been left under the ice."

Christopher Reeves will always be remembered for his role as Superman but as revealed in his autobiography, the fourth film in the beloved franchise "was a catastrophe from start to finish. That failure was a huge blow to my career." Plagued "by budget constraints and cutbacks," the film suffered from major "inconsistencies and plot holes" which led to a general disinterest from not only the fans but the actors themselves.

Achieving only a 10% on Rotten Tomatoes, "Supergirl" failed to take off due to its "cheery heroine" being too lackluster to watch and reduced to "a pretty blond Supercousin" of the beloved Superman. Peter O'Toole and Faye Dunaway were both nominated for Razzie Awards as Worst Actor and Actress.

Considered "one of Stallone's worst films," the 1995 "Judge Dredd" film suffered from the actor's excessive performance, unfaithfulness to its source material, and lack of plot direction. Stallone was nominated for a Razzie Award and won the Stinkers Bad Movie Award for the role. The film was rebooted in 2012 with Karl Urban which has earned a cult following.

Completely disregarding the source material, "Steel" was a box-office bomb due its overwhelming cheesiness and lack of any discernible talent from Shaquille O'Neal. Having spent $16 million on the movie, its initial release only earned measly $1.7 million. Despite his poor performance, O'Neal surprisingly lost his Razzie Award to Kevin Costner for his role in "The Postman."

Not even George Clooney's dashing looks could save the Dark Knight from failure. To date, Schumacher's film is considered "the lowest-grossing live-action Batman film." Introducing a "family-friendly" caped crusader proved disastrous for the director and plans for his sequel "Batman: Unchained" were cancelled by Warner Bros. who waited to reboot the franchise in 2005 with "Batman Begins."

Veering away from her comic book origins, "Catwoman" introduced Patience Phillips running across rooftops in a heavily distressed attempt at a catsuit that would make Eartha Kitt say "Me-Ouch!" Straying so far from the DC Universe, the film suffered from 28 rewrites and earned four Razzie Awards. Roger Ebert has listed the film as one of his most hated movies.

After the release of "Daredevil" earned somewhat mixed reviews, 20th Century Fox decided to take a chance with the spin-off "Elektra" which resulted in a box office failure. Domestically the film grossed "the lowest for a film featuring a Marvel Comics character since 'Howard the Duck.'" While many praised Jennifer Garner's performance, they felt she was limited by a poor-quality script and lackluster plot.

One would think having Marvel's best vampire hunter face off against the O.G immortal Dracula would have resulted in fang-tastic fanfare but instead it failed to draw blood. Critics felt the film was too stylized and emphasized an immature team seeking to tread on the Daywalker's turf. Numerous reports also cite Wesley Snipes' erratic behavior on set and dissatisfaction with director Goyer's treatment of his character.

You know a movie is bad when test audiences walk out half-way through watching it. Conceptually interesting, the film centering around a horror-based Marvel character, "Man-Thing" lacked faithfulness to its source material by heavily altering the story's location and the character's origin story. Many critics called the film a lame attempt at a monster movie while Reel Films Reviews simply stated it's "the worst comic book movie ever made."

Before Mark Ruffalo and Edward Norton, Eric Bana attempted to tackle the not-so-jolly green giant in Ang Lee's "Hulk" which offered a more psychological take on the normally brutish, smash-happy character. One of the most memorable, and questionable, scenes is Hulk versus a pack of gamma-radiated dogs which proved that a deranged poodle is far from being man's best friend.

While the film ranked higher than its predecessors, much of its criticism centers around the number of villains included in the film, especially the characterization of Venom. The villain's diabolical nature was reduced to petty jealousy and many felt his inclusion in the film was either a wasted opportunity or entirely unneeded.

Grossing a mere $10 million despite having a budget of $47 million, "Jonah Hex" was considered a "commercial failure" and had a limited international release due to its largely negative domestic earnings. Josh Brolin's best efforts as the title character weren't enough to resurrect the doomed film which lacked a proper origin story, had inconsistent casting, and involved a somewhat lackluster love-interest.

Like many of the "X-Men" films, this movie completely disregarded the need for an established timeline of events. Heavily altering nearly every character's origin story, many die-hard fans were especially brutal when it came to criticism of how Deadpool was changed from a foul-mouth assassin to a silent but deadly hybrid of his former teammates.

Before he became Deadpool, Ryan Reynolds was cast to play Green Lantern in 2011. After its release, the film was heavily criticized for its "screenplay, inconsistent tone, choice and portrayal of villains" and poor CGI but praised for its talented cast. Due to the film's poor box-office performance, a plan for a sequel was canceled in favor of a reboot centered on "The Green Lantern Corps."

While "Ghost Rider" wasn't by any means great either, its sequel did far worse, making less that half of what its predecessor did during its release. The script centered around the anti-hero being summoned to protect a boy from being used as a demon's vessel. Despite intentions for the film to have a darker tone, the end result was an action-packed train wreck that involved the hellish scene pictured above.

Having almost been prematurely cancelled due to budgetary concerns and production issues, "The Lone Ranger" still ended up being a disaster. Originally, the story's tone was inspired by "The Mask of Zorro" and had Tonto as a female love-interest. Script rewrites then had Johnny Depp cast as the Comanche side-kick which fueled controversy over the white-washing of a Native American character. The film was also plagued by on-set disasters such as a chickenpox outbreak and the death of a crew member.

In 2015, Marvel decided to reboot the Fantastic Four once again and ended up creating a box-office bomb. Plagued by "mandated reshoots," unfaithfulness to the comic book source material, and disagreements between the director and Fox, the film suffered from a lack of direction and unconvincing character development. It won three Razzie awards and was nominated for "Worst Screenplay."

There are many reasons why DC fans find "The Killing Joke" controversial but Warner Bros. really added fuel to the fire by deciding to do an animated adaptation of one of the darkest Batman stories ever told. Fans were angered by Bruce Timm's treatment of Batgirl / Barbara Gordon as a sexual object used not only by the Joker but Batman as well. The film also features a rendition of "The Looney Song" mentioning "when your kid turns blue" which left most audiences sick to their stomach.

While many praised the talents of the film's diverse casting, critics weren't impressed by the questionable tone of the movie which operated like a DC version of "Guardians of the Galaxy." Many disapproved of Jared Leto's over-the-top performance as a gangster version of Joker and the over-sexualization of Harley Quinn while some were left unimpressed by "the muddled plot" which revealed one of the team's own as the main villain.

Fans of the legendary DC team were sorely disappointed by this mash-up between Snyder's dark, gritty tone and Whedon's crude humor. Despite being the most expensive film ever made, it was also the first highest-grossing movie to become a box-office disaster. Die-hard DC fans were turned off by the Whedon's light-heartedness and underwhelming villain. Others were unhappy with the directionless plot and heavy use of CGI.

Children of the 90's gave mixed reviews to the 2017 adaptation of "Power Rangers" due to its divergence from its source material and less-than ambitious tone. Despite not quite achieving the perfect balance between its counterpart's campiness and "the blockbuster action" of more cinematic heroes, some fans praised the film's inclusion of a queer and autistic character.

As the lowest grossing installment in the entire "X-Men" franchise, "Dark Phoenix" succumbed to the flames and burned alive. The film was kept in pre-production for nearly a year due to the director's wavering commitment, numerous reshoots, and conflicting actors' schedules. Fans were disappointed by the "anticlimactic conclusion" to the series and the emotional storyline being tossed aside in favor of intense action scenes.

Angering del Toro fans by denying them a third installment in the Ron Perlman franchise, Mike Mignola instead opted for a reboot in 2019 featuring David Harbor. A box-office failure, earning a mere 17% on Rotten Tomatoes, was widely hated for its lousy story-telling and excessive use of gore. Numerous reports also cite the film's failure was due to tension between the director and producer, Harbor's refusal to do multiple takes, and actors rewriting their own dialogue.