Weird but True Facts You Never Knew About Cheese 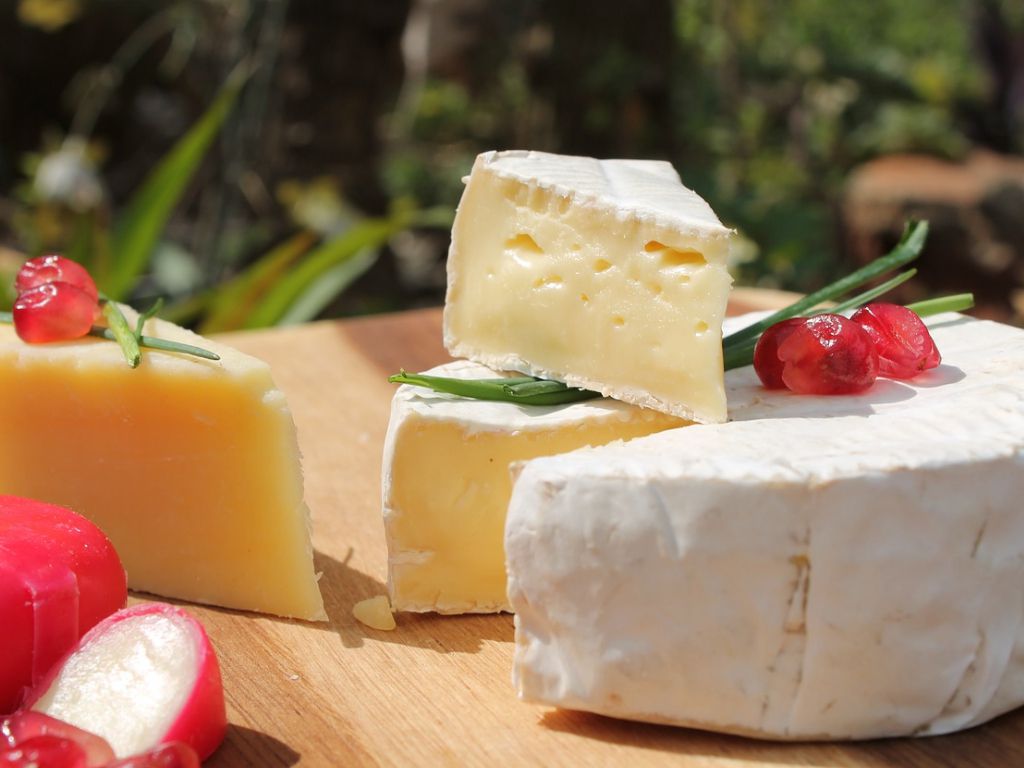 We know cheese is your favorite food. Ours too. But how much do you really know about cheese? Here are a few bizarre facts about the creation of this joyous dairy treat that might well surprise you...

All Orange Cheese is Artificially Colored

No cheese is naturally orange. Cheese which contains anything other than a pale yellow or white hue has been artificially colored. This practice dates back to the 17th century, when cheese makers would color low-fat, inferior cheese with saffron to make it seem more impressive.

Holes in Swiss cheese are carefully regulated by the USDA. Holes are not allowed to be larger than 3/8 of an inch, as this compromises the integrity of the cheese. The USDA needn’t worry, though, as this problem is solving itself…

Holes in Swiss cheese have been getting progressively smaller in recent years. Experts disagree on the explanation for holes in cheese, with many believing it’s the result of bacteria that form the cheese, while others believe it’s the result of dust or impurity in the ingredients. Either way, cleaner, more sanitized manufacturing conditions have resulted in less holey cheese.

Eating cheese regularly has been linked with fewer tooth cavities. This has been attributed to the high level of calcium in cheese, helping to keep teeth healthy and protecting against decay.

Blue Cheese is Injected With Mold

Ever wonder how blue cheese’s mold is created evenly throughout its mass? Blue cheese is injected with air while it is curdling, allowing for veins of mold to develop under its surface. If this didn’t happen, the cheese wouldn’t develop its marbled look.

In 1840, then British monarch Queen Victoria received what was at the time the world’s largest wheel of cheddar cheese as a wedding present. The cheese measured over 9ft in circumference and 20 inches in depth. The makers requested that their gift to the queen be exhibited for all to see; Victoria agreed, on the condition that she did not have to take back the smelly, rotten thing after the exhibition had finished. Good call.

Ever wondered how cheese fondue became so popular? According to NPR, this was the result of a literal Swiss cheese cartel, operating in part out of Switzerland. The cartel used underhanded tactics to strongarm the public into eating their cheese and no others, which directly led to the popularity of Emmental Swiss cheese and the fondue craze of the 20th century.

Milwaukee gets its fair share of snow and ice, and the city has come up with an ingenious way of dealing with it: they spread mozzarella on the roads. In fact, Wisconsin, which produces much of the US’s cheese supply, has tried many different cheese brines to clear up snow, using leftover waste from the cheese-making process as it’s readily available throughout the state. Ultimately, mozzarella and other cheeses with a high salt content prove most effective at melting ice.

Wensleydale Cheese was Saved by Wallace and Gromit

The now popular British cheese Wensleydale was almost on the brink of extinction in the early ‘90s, but it was saved by a pair of unlikely heroes. Following the popularity of the stop-motion animation “Wallace and Gromit,” references to this beleaguered cheese led to an increase of demand. Now Wensleydale is one of the most popular cheeses in the United Kingdom and around the world.

The World's Most Expensive Cheese is Made Inside a Donkey

Arguably the most expensive cheese in the world is pule, which costs nearly $600 per lb. Pule is special because it’s partially made inside the belly of a donkey, making it difficult to produce, hence its exorbitant pricetag.

Real Camembert is Illegal in the United States

Authentic camembert – known as Camembert de Normandie – is illegal within the United States. This is because it’s made with unpasteurized milk, making it a health hazard – especially if it’s kept out of the refrigerator for a long period of time. There are other versions of camembert available, but the real deal, fresh from Normandy, can’t be bought anywhere in the US.

Brie de Meaux, a lovely variety of Brie that’s produced in the French town of Meaux, had something on an identity crisis in the late 1700s. This type of Brie was popular with the poor working class and the nobility alike, and was known as the Queen’s Cheese. Then, suddenly, being associated with royalty became very unfashionable as the French Revolution kicked off, but the rebelling class were unwilling to give up one of their favorite cheeses. Brie de Meaux instead became known as the Queen of Cheese, a slight distinction that allowed peasants to keep eating it while watching their former rulers getting beheaded.

All Parmesan is Still Made by a Single Family

Parmesan cheese is a fairly pricey hard cheese that is made in a single part of the world. Parmigiano reggiano, to give the cheese its proper name, is a rarity among modern worldwide cheeses as it’s not produced in a factory. Instead, parmigiana reggiano is made by hand by the same family that’s been making it for around nine hundred years, from a recipe that has remained mostly unchanged in all that time.

One element of parmesan's hand-made production may come as a shock to vegetarians. As with pule, elements of parmesan is made within the belly of an animal (in this case, a cow), and the process of harvesting the cheese doesn't exactly leave the animal intact. Thus, parmesan, as well as several other types of cheese, is not actually vegetarian.

Feta cheese, a popular Greek soft cheese, has been around a long time. Feta is so ancient, in fact, that Homer mentions is specifically in his epic poem “The Odyssey.” Proof, if ever it was needed, that good cheese never goes out of style.

American Cheese was Invented by Kraft

American cheese is unique around the world for its peculiar, almost rubbery texture. This is a result of its special production process, which was invented by James L Kraft (the founder of Kraft cheese, believe it or not), who set out to create a cheese that wouldn’t spoil when being transported across the American countryside.

In 1835, a farmer presented Andrew Jackson with an enormous 1400lb cheddar cheese. Two years later, after allowing it to mature, Jackson threw an enormous cheese party at the White House for George Washington's birthday. According to historian Albert Marrin: “Oh, what a glorious day for cheese! Carpets grew slippery with cheese. Pockets filled with wedges of cheese. ‘All you heard was cheese; all you smelled was cheese,' a guest reported.”

Because the world of scientific experimentation never stands still, academics at Cranfield University in Bedfordshire, England have created a sniffing robot that has been programmed to identify the world's stinkiest cheese. According to the robot, Vieux Boulogne wins the coveted top spot for smelliest cheese, with parmesan and English cheddar rating among the least stinky.

In 2004, a grilled cheese sandwich bearing a passing resemblance to the Virgin Mary sold on eBay for $28,000. This much is common knowledge, but what's less well known is that the sandwich was ten years old at the time of the sale. Despite being stored in an unsealed container, the sandwich was completely free from mold or decay after all this time. The reason for this is unclear - depending on your own beliefs, it could be the result of the hardy American cheese and margerine that went into the sandwich's construction, or simply further proof of a divine event.

Dry Jack, a form of Monterey Jack cheese, was created entirely by accident. In 1915, a cheese wholeseller was struggling to get hold of new supplies due to the ongoing World War I, and so, discovered a few old wheels of Monterey Jack in the back of his storeroom. These had aged into a wholly new variety of the cheese, which soon gained reasonably popularity.

In 2010, a restaurant in New York, Klee, offered a special form of cheese that had been made with human breastmilk. The milk was made by restaurant joint-owner Lori Mason, and her husband, David Angerer, created the unique recipe for what the pair called "liquid gold" cheese. If you find this idea distressing, remember that this list also contains a cheese that's made in the stomach of a donkey - breastmilk is a relatively sensible source of ingredients for cheese.