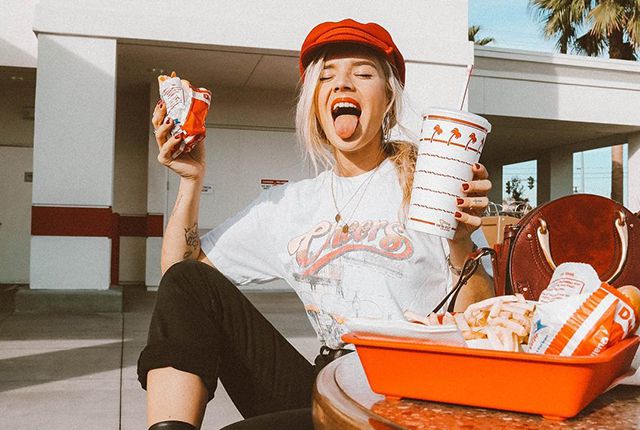 Some say that fast food is just adding to the national obesity crisis. And others are total troopers and eating it anyway. But if you thought these restaurants were treating you fairly, guess again. Because here are a few ways that fast food joints cheated on customers without our knowledge...

Here’s What You’ve Come To Expect

You thought you were getting fair service and treatment at your favorite fast food joint. But as it turns out, the only thing you can expect from them is deception. We hate to be the ones to rip off the band-aid but the world needs to know.

Essentially, customers were getting ripped off. Coupons are supposed to save you cash, not charge you more. But was this just an isolated incident or were all Burger Kings pulling the same trick on their unsuspecting customers?

Anderson and her lawyers conducted a little experiment. They went to a couple of different Burger King locations to see if they were hiking up the price for customers using coupons, and it turns out that they were. But did Burger King finally admit that their fast food joints cheated customers?

[dx_custom_adunit desktop_id="RTK_K67O" mobile_id="RTK_5yk0"] Burger King wasn’t about to take the fall for this. They denied any wrongdoing. But to appease the minds of skeptics like Anderson, they handed out a couple of gift cards worth $2 to $5 to their customers. Sadly, McDonald's customers could sympathize with Anderson’s predicament.

2. No Extra Value In McD's Meals

Kelly Killeen sued McDonald’s after they charged her $5.08 for a sausage burrito "extra value meal." But if she had ordered the burrito by itself, it would've cost her $4.97. The overcharge represents false advertising, according to Killeen. And it really doesn’t sound like there’s a whole lot of extra value in the price of that "extra value meal," but McD’s didn’t agree.

The Price Was Clearly Listed

Judge Elaine Bucklo pointed out that the prices of every menu item were listed clearly for customers to see. So, technically they weren’t misleading anyone. It’s up to the customers to do their own price-to-price comparison before making a purchase.

You Do The Math

[dx_custom_adunit desktop_id="RTK_K67O" mobile_id="RTK_5yk0"] So, basically, Judge Bucklo was saying that if you want to make sure you don’t get tricked, you need to do the math the next time you place an order. If all else fails, you can always resort to a healthier alternative like Chipotle’s. But are they really all that healthy?

Chipotle’s has some of the tastiest Mexican food items in America. But what appeals to most customers is the fact that they use fresh ingredients. It’s why they’re known for being the healthier alternative. But if you’re watching your calorie intake, be careful!

They Have Questionable Calories

Chipotle was sued after customers realized they were feeling fuller than expected after eating their 300-calorie burrito. It didn’t take them long to realize that they were consuming more calories than the menu board suggested.

[dx_custom_adunit desktop_id="RTK_K67O" mobile_id="RTK_5yk0"] There was a reason why customers felt satisfied after eating their 300-calorie burrito. They had looked at the menu and saw a list of ingredients with a note claiming that the chorizo burrito was 300 calories. But that wasn’t entirely true.

There Was More To The Burrito

The Chorizo alone was only 300 calories. But the burrito contained other ingredients like white rice and black beans. This brought the total of the burrito to a whopping 930 calories according to Chipotle’s nutrition calculator. So why lie about it?

It should have been obvious that the more ingredients you stuff into a burrito, the higher the calorie value will be. But customers and registered dietitians claimed that the ads and the menu board were deceiving their customers. But did the law agree?

In The Interest Of Full Disclosure

[dx_custom_adunit desktop_id="RTK_K67O" mobile_id="RTK_5yk0"] Chipotle’s hadn’t actually pulled the wool over their customers’ eyes, but they hadn’t been fully honest either. And in the eyes of California law where the lawsuit took place, you have to fully disclose all nutritional info to customers. That’s something Dunkin’ Donuts could have learned, too.

In 2017, Dunkin’ Donuts was accused of using different ingredients than what they advertised on their menu. But what could have possibly been worth such a hassle? Did they use the wrong glaze on their donuts? No. They buttered their customers up with a lie, allegedly.

A Massachusetts customer sued Dunkin’ Donuts because they served butter substitute and margarine, even though customers asked for butter. The ten plaintiffs involved in the suit received $500 each for their troubles. But that wasn’t the end of the coffee and donut chain’s woes.

[dx_custom_adunit desktop_id="RTK_K67O" mobile_id="RTK_5yk0"] Dunkin’ Donuts got sued again. This time in New York. The suit claimed they were using ground beef for their steak-and-egg sandwiches. But the ingredients list claimed the sandwich contained Angus beef. If that weren’t bad enough, they also lied about their berries.

They Lied About Blueberries

To add insult to injury, Dunkin’ Donuts also subbed their blueberry products with sugary flavored crystals according to yet another lawsuit filed against them. The customer suing the franchise claimed they wouldn’t have paid as much as they did for a blueberry substitute. But if you're thinking of heading down to another fast food joint, you might want to skip Jimmy John’s.

5. Jimmy John’s Didn’t Give Me Sprouts

In 2014, a customer sued Jimmy John’s because she was unhappy that she didn’t get alfalfa sprouts on her sandwiches, which the menu clearly stated it would have. The suit itself included fraud and negligent misrepresentation. But there was a reason Jimmy John’s didn’t give her sprouts.

[dx_custom_adunit desktop_id="RTK_K67O" mobile_id="RTK_5yk0"] The reason Jimmy John’s didn’t include real alfalfa sprouts was because of an E. coli outbreak in 2012 caused by raw sprouts. So, the restaurant swore to stop using the ingredient. But they didn’t change it on their menus. Were they willing to apologize for their sinful omission?

A Voucher For Your Troubles

Jimmy John’s didn’t admit to doing anything wrong. But they still managed to settle. They even provided the unhappy customers with a $1.40 voucher they could use when ordering a drink or a side item. At least they didn’t pinch their customers like McD’s did.

Have you ever noticed that you don’t always get the number of fries you’re supposed to get at McDonald’s? Well other customers noticed this, too. But did McD’s employees deny they did it? No. They actually confirmed it on a Reddit thread called “What did your job want you to hide from customers?”

[dx_custom_adunit desktop_id="RTK_K67O" mobile_id="RTK_5yk0"] Despite the fact other employees admitted they were told to pinch the fry container’s bottom when they filled them with fries, McDonald’s reps claimed this is a practice they would never support. Hey! Clearly, all these fast food joints cheated their customers, but the last one on our list cheated you out of a few inches.

In 2013, an Australian customer visiting Subway used a tape measure to prove that the Subway foot long was actually 11 inches long. So, a group sued Subway and the franchise settled for $525,000. But the cased didn’t end there.

You’re Still Getting Your Money’s Worth

The reason behind the length difference is because of the way the bread in the sandwich is baked. So, by 2017, the resurfaced case was thrown out of court, and according to the justice system, just because you’re not getting 12 inches, doesn’t mean you’re not getting everything you paid for.