Supposedly Healthy Foods That Aren’t So Healthy After All

Matthew Loffhagen |May 8, 2019
Supposedly Healthy Foods That Aren’t So Healthy After All May 8, 2019Leave a comment 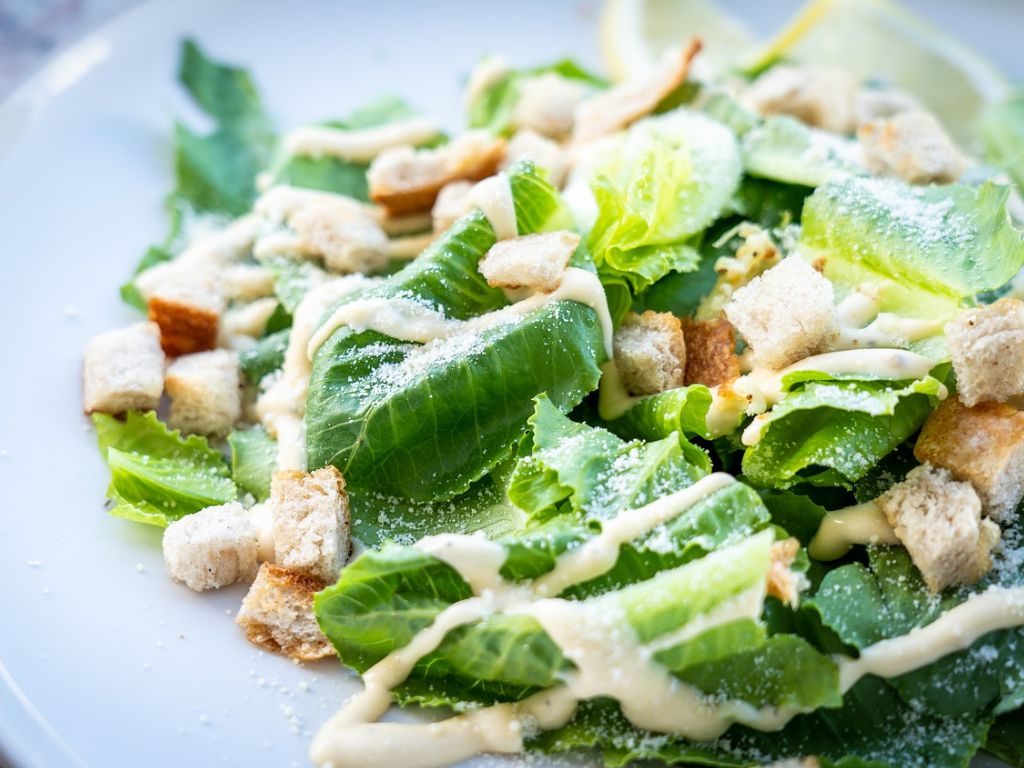 Eating healthily is hard. Common misconceptions about food make it difficult to make smart choices. And many supposedly healthy foods are actually really bad for you. Here are some foods that you might think are healthy, but that you should probably avoid...

Even 100% fruit juice is loaded with sugar. And when you drink juice instead of eating fruit whole, you're consuming all of the sugar and none of the healthy fiber you probably aren't getting enough of in the first place. You’re almost always better off eating the fruit and not just drinking its juice.

A lot of ready meals bill themselves as “low fat”, which is meant to entice to hungry dieters. Without fat in these foods, though, manufacturers use something else to make them tasty: loads of added sugar. And it’s sugar, rather than fat, that makes the body store extra fuel for later. You’re better off eating a smaller portion of a fatty meal, or, better yet, avoid ready meals altogether and make something from scratch.

Want to fill your stomach quickly with something healthier than a candy bar? You might be tempted to reach for a protein bar. But most protein bars contain just as much sugar as candy. And you’ll get only a few extra grams of protein. The rest of the bar is made up of trans fat (the bad kind of fat), sugar and other fillers. A better solution is a purer form of protein, like eggs, meat, beans or legumes.

You may have heard that peanut butter is a healthy snack rich in protein. That can be true, but the peanut butter you’re buying may less than healthy. Because most popular brands of nut butter add a lot of sugar. Look at the ingredients list. If you want to avoid the unhealthy stuff, buy a brand whose ingredients don't go far beyond just nuts and salt.

Plain yogurt can be great for you, but most popular brands have buckets of added sugar, especially the flavored ones. The worst offender is the kind of yogurt that has syrupy fruit at the bottom or to the side. Some of those contain as much sugar as a candy bar. If you crave a sweet yogurt treat, buy plain yogurt and add your own fresh fruit.

Salad's a staple for anyone trying to lose weight or eat clean. So it's a shame so many salads are unhealthy calorie bombs. The big offender in most salads is the dressing, which can contain huge amounts of sugar and trans fat. If you’re serious about eating clean, eat your salad plain or with just a light drizzling of olive oil and vinegar.

Many brands of veggie chips use vegetable flavoring but are still made of potatoes. Veggie-flavored potato chips are still potato chips. Even if you track down some pure veg chips, the levels of salt and oil in these snacks are no better than potato chips, so they’re not much better for you.

Granola seems healthy. It’s made mostly of grains and cereals, so it must be good for you, right? Alas, there’s another ingredient in granola that makes it palatable: sugar. Processed sugar is one of the worst things you can eat if you’re trying to be healthy, as the body stores excess sugar as fat. If you want the benefits of healthy grains without all the sugar, pick your brands carefully, or go with a bowl of plain oatmeal flavored with fresh fruit.

Naybe veggie chips aren’t good for you, but you can still eat healthy baked chips that haven’t been fried, right? Sorry, but to make up for the lack of delicious oil in these chips, the manufacturers use a lot more salt and sugar. There’s no way of cheating your way to a healthy crunch unless you’re eating plain vegetables.

Not even rice cakes are good for you? Eating healthy really is hard. Rice cakes are low-calorie, but they’re also unfilling. You’ll get a brief boost in energy from eating one, but it'll get used up in the bloodstream fast, and you’ll find yourself reaching for another snack. You’re better off eating something with fiber in it, like vegetables. They'll tide you over for a bit longer and release energy slowly over the day. And honestly, how much better tasting than fresh veggies are rice cakes anyway?

To make up for the lack of sugar, diet drinks are filled with artificial sweeteners which not only hurt your stomach but also get treated by the body as if they’re sugar. The body detects sweetness and stores fat. If you’re serious about losing weight or just achieving optimum health, the best thing to drink is water. Your body needs it, so drink it.

There are lots of great vitamins in spinach, but don’t expect to get much of a health boost from spinach pasta or spinach tortillas. These foods contain so little actual spinach that you’ll hardly gain any important vitamins. Often, green food coloring is used to make these wraps look healthier. The better solution is to just eat some spinach. Yum.

There are people in the world who have a genuine allergy or intolerance to gluten. Those with celiac disease are finding it a lot easier to eat in restaurants now that going gluten-free is trendy, and that’s wonderful. But if you’re ditching gluten solely out of an attempt to be healthy, bear in mind that gluten-free versions of popular snacks aren’t healthier. To make up for the lack of wheat, these products contain lots of extra sugar, salt and other additives that help bind the snacks together and make them taste (relatively) palatable.

Flavoring tends to ruin any healthy snack, and popcorn is often covered in salt or sugar (or both) or greasy, artery-clogging butter. Microwave popcorn is particularly bad for you thanks to these additives, so if you’re going the corn route, pop it in a pan with a tiny drop of oil and then eat it plain.

There’s nothing better than a good piece of dried mango or other fruit. Yet while these snacks taste fantastic, they’re bad for you in much the same way as fruit juice. The water in fruit is necessary to dilute the huge amount of sugar you’re taking into your body all at once, and without it, you can eat a lot more sugar in a single sitting without feeling full.

Popular brands of trail mix contain plenty of sugar and salt -- some of them have straight-up chocolate in them -- that yet again make a seemingly healthy food a lot less good for you. You may need the extra sugar energy if you plan on actually hiking a long trail -- that's why it's called trail mix, you see -- but if you're going to be sitting on your couch and chowing down, choose a different snack.

In theory, canned fruit makes sense. It’s just fruit that won’t rot in a bowl before you get around to eating it, right? Unfortunately, canned fruit is normally dripping in syrup. Syrup is sugar, and sugar is bad, making this snack a very bad idea if you want to eat clean and avoid weight gain. You’re always better off eating fresh fruit or, better yet, vegetables.

A lot of whole wheat foods, in particular bread, contain an awful lot of sugar in various form, especially if they’re billed as “honey whole wheat.” You need to look closely at ingredients lists to make sure you’re not getting more sugar than you’ve bargained for, and don’t take the presence of whole wheat as proof that a particular bread is healthier than any other.

Soup in a can is very different from freshly made soup. Canned soup often contains a lot of salt and sugar to boost the flavor (not to mention preservatives for shelf stability). So even if you’re going for a nice, safe vegetable or tomato soup, you’ll be eating more calories than you realize. The better solution is to make soup from scratch if you can.

Eating vegetable-based meat substitutes may help reduce your carbon footprint, but meat-style vegetarian products still aren’t particularly healthy. It takes a lot of salt, sugar and flavoring to get a chunk of soy to taste like meat. (And soy isn’t exactly great for you either.) You might need to resign yourself to the fact that burgers are off the menu if you’re really serious about healthy eating.

Face it: Frozen yoghurt is not as good as ice cream. But people like to think it's a healthy choice, even after they add sauce candy toppings to it. Of course they're lying to themselves. Even plain frozen yogurt still contains a lot of sugar. Otherwise, it would taste absolutely terrible. Frozen yogurt is not healthy, and you shouldn’t let anyone persuade you otherwise.

Want a pizza but don’t want all the calories? You might be tempted to swap pepperoni for a tasty vegetable topping. That's a small step in a healthier direction. You’re not exactly in the clear, though. Pizza is unhealthy because of its large quantities of cheese, and its white flour base doesn’t exactly help things. So even without the processed meat, pizza still delivers a mound of fatty starch that will increase the circumference of your waist.

Spinach dip tastes fantastic, which is probably a good indicator that it’s not very good for you. You're saying, "It has 'spinach' right in its name. It's a vegetable! It's healthy!" But what about that word "dip"? That part means it’s mostly made of mayonnaise. So dip's not a great choice if you’re trying to lose weight. Especially not any variety that comes from a jar, as it’ll almost certainly be full of extra sugar and other additives.

Couscous enjoys a good reputation as a healthy food, but don’t let the marketing fool you. Couscous is made from tiny balls of wheaty semolina. It's basically pasta. That means it's starchy, heavy and instantly turned into fat within the body. If you want this kind of food experience, go for tiny quinoa grains instead.