5 Big Problems Baby Boomers Will Face in the Next Decade 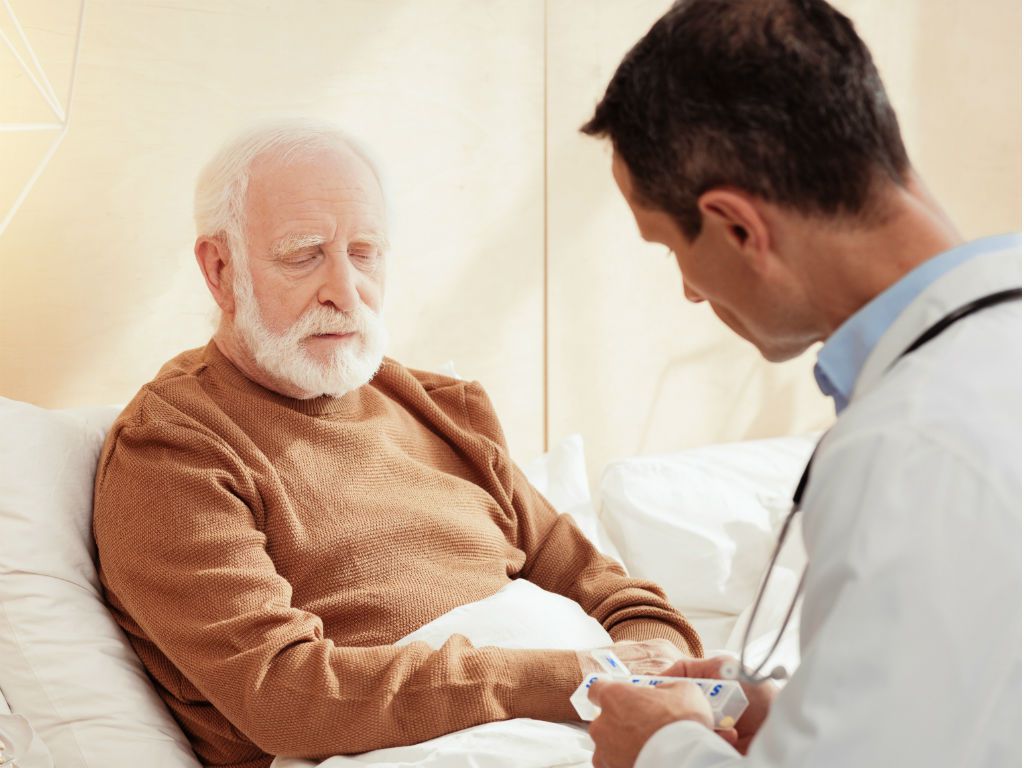 Baby boomers are retiring. But they're still running up against some unique challenges. So here are five major problems facing the baby boomer generation in the near future...

The big problem with retirement is actually having enough money to last the rest of your life. Sadly, many baby boomers are unprepared for the next stage. According to a study by the Insured Retirement Institute, only 54% of boomers have even begun putting away money for retirement.

Even those boomers who have begun saving for retirement are behind. According to the same study from the Insured Retirement Institute, only 40% of Baby Boomers have calculated the full amount of money they need to save for retirement, and only 24% are satisfied they're saved enough.

Baby Boomers are expected to live many years longer than their parents' generation. But with this comes a greater financial burden, as they need to save enough money to live for two decades longer than earlier generations. And that's to say nothing of the increase in the cost of living...

The cost of living has increased rapidly over the past decade, and it will increase further in the years to come. Many retirement savings funds likely won't stretch as far as they would have in previous years. Plus, these savings accounts are severely hampered by a related challenge...

After the 2008 financial crash, interest rates came to a screeching halt at painfully low levels. So even though the cost of living is rising, savings accounts aren't generating enough interest to make up for it. It's harder to make a pension fund stretch if it's not growing gradually over time.

Faced with the challenges of retirement, many baby boomers are expecting to continue in the workforce and retire later. But this itself is a problem, especially as the job market increasingly favors the young.

The job market is evolving quickly, and many boomers' careers are becoming obsolete. Automation is already taking many jobs out of human hands, and in the next decade, a rise in artificial intelligence will lead to machines taking over many more traditional jobs.

People are living longer, but we're still all aging. And aging will affect boomers who want to (or have to) remain in the workforce. The physical and mental stress of work will become greater, and it'll be more difficult to hold down the regular hours of a typical job.

Young people are used to retraining and adapting to new jobs at a rapid pace. That's not true of most boomers, at least not in the same way. Experts anticipate that boomers, even if they retrain, will struggle to stay relevant in the job market as they find themselves outclassed by younger workers.

Modern wages are a lot lower relative to the cost of living than boomers enjoyed in previous decades. That makes it difficult to save additional retirement money, because a larger chunk of income will have to cover immediate needs, especially one specific, growing need...

Living longer means needing more healthcare. It means a greater risk of living with an chronic illness or disability that needs regular treatment. And whether or not one has the money to deal with medical bills, aging still means discomfort and extra challenges...

According to a 2016 study by the United States Health Foundation, baby boomers are living with "higher rates of obesity and diabetes and lower rates of very good or excellent health status." Put simply: Boomers are more likely than their parents to suffer from weight-related health challenges.

The cost of healthcare is rising. The Bureau of Labor Statistics says it rose 206% in the U.S. between 1990 and 2016, and it's not going to stop rising. Boomers without good health insurance will struggle. Even with good insurance, they'll have to deal with higher premiums and copays.

Depression and anxiety are on the rise. Younger people tend to be comfortable expressing their feelings and seeking care for mental health. But stigma surrounding depression leads many boomers to ignore their mental illnesses rather than seeking treatment.

Depression is just one side of the mental health problem facing boomers. With a longer life comes an increased risk of Alzheimer's disease, dementia and other memory-related conditions. This makes it more important than ever for boomers to seek appropriate mental health treatment.

Longer life expectancy doesn't affect only baby boomers. Their parents' generation are living longer too. As the silent generation enters its twilight years, boomers have to pick up the slack, dealing not just with their own retirement, but also the continued health challenges their parents face.

As we've already mentioned, medical costs are rising. But in addition to dealing with their own healthcare costs, boomers are also required to contribute to the costs incurred by their parents, which can be far greater due to increased needs.

But the silent generation doesn't need help only with medical costs; they also require assistance with daily living. Boomers increasingly have to take their elderly relatives in their own homes or pay for costly care companies.

It's not enough to rely solely on social security to cover all these costs. As the population ages, and more and more people start needing payouts, the system is going to run dry. Experts predict that we have until around 2034 before social security will no longer fully fund all benefits.

Boomers represent a bubble in the population. Following World War II, birth rates rose dramatically, hence the generation's name. But birth rates have been dropping recently. Not enough babies are being born to sustain an aging population. Without an influx of new immigrants, there won't be enough taxpayers in the country to support boomers' needs.

Baby boomers are sometimes called the "sandwich generation" because they have a duty of care to both their parents and their kids. The modern cost of living has hit those under 40 particularly hard. Increasingly, the burden of supporting impoverished adults falls on their boomer parents.

People under 40 haven't recovered from the fallout the 2008 financial crisis caused. They lack capital to fall back on and are increasingly living paycheck to paycheck. It's become common to rely on "The Bank of Mom and Dad" for help with basic needs like shelter, transportation and food.

According to a 2014 study conducted by the Federal Reserve Board, rising costs mean that 36% of 18-to-31-year-olds are still trapped living in the family home. This prevents baby boomers from downsizing and freeing up money kept in their real estate.

A college degree is considered the minimum needed for a decent job. But now, millennials are being crushed by the absurd student loan debt their boomer parents encouraged them to take on. So those boomer parents often find themselves supplementing their kids' income to keep them afloat.

With their kids needing more and more financial help to survive, boomers pick up the slack. But that means less saving for their own future. There's not enough money to go around, and boomers will be the first generation to struggle with retirement due to low wages and high living costs.