Matthew Loffhagen
Abandoned White Tiger Cubs Were In Danger Until an Unlikely Hero Saved Them October 25, 2018 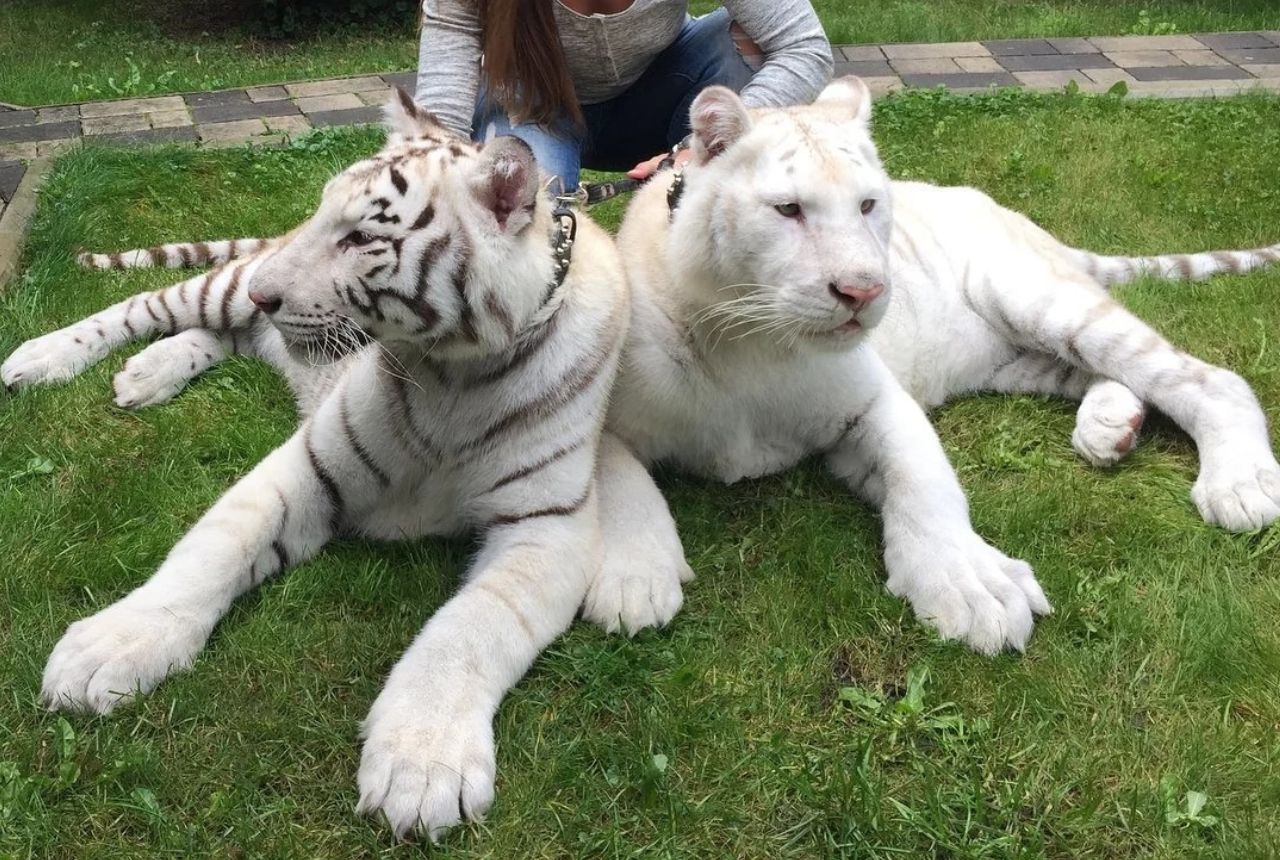 A pair of abandoned white tiger cubs didn't exactly have the best start to life. But then a hero emerged from an unlikely source. Because after the zookeepers that had overseen the cubs' birth failed, a new home made all the difference...

Kai and White are a pair of beautiful white tigers who were born in a zoo in Russia. After a rocky start to life, they've found a new home that's pretty comfortable. In theory, at least.

[dx_custom_adunit desktop_id="RTK_K67O" mobile_id="RTK_5yk0"] Three years later, the pair have found a very unlikely home. They're not exactly enjoying the typical wild tiger experience, but that's not to say they aren't being cared for.

Fully grown, the pair are now absolutely gorgeous, and are gaining a cult following thanks to an active Instagram feed and plenty of modeling work. This is all thanks to an unexpected hero that saved them from starvation.

Born in a zoo in Russia, the pair of cubs were not getting the care from their mother that they needed. After months, it became clear that they were sickly and malnourished, but the keepers had not idea what to do to help them.

[dx_custom_adunit desktop_id="RTK_K67O" mobile_id="RTK_5yk0"] Unsurprisingly, captivity doesn't always agree with wild animals. Kai and White were a lot smaller than they ought to be at their age, and hadn't begun to grow fur. It was clear that they were in need of a new home.

Enter Eugenia and Mikhail, a pair of tiger enthusiasts who have a particular love for these endangered animals. What makes this married couple special, though, is that they have the space and resources to care for almost a dozen giant cats.

When Eugenia and Mikhail first got their hands on the pair of cubs, they were in a very sorry state. They needed a lot of care to help them to put on weight and grow larger, or else they might not survive.

[dx_custom_adunit desktop_id="RTK_K67O" mobile_id="RTK_5yk0"] In spite of their sorry state, the pair were absolutely adorable. Their new human keepers did everything they could to help the animals grow larger, all while documenting their progress on social media.

Both Kai and White were fed by hand, as Eugenia and Mikhail made sure they got the nutrients they needed. Thankfully, the pair were experienced at caring for large cats, particularly tigers, so they knew just what they needed to help them grow bigger.

The Circle of Life

Pretty soon, the pair began to grow healthy and strong. By now they'd begun to bond with their new owners, and they felt safe and secure in their presence.

Members of the Family

[dx_custom_adunit desktop_id="RTK_K67O" mobile_id="RTK_5yk0"] Eugenia and Mikhail treated these two new pets like any other member of the family. They played with the pair's human child, sat at the table for meals, and enjoyed a lot of time and attention.

Pretty soon, the cubs progressed from milk onto meat. The family are very wealthy, and are therefore able to keep pets of this size with ease.

And yet, even as the cubs got bigger and their survival story was shared on the internet, people began to call foul. Was Mikhail really the altruistic tiger savior that he was claiming to be?

[dx_custom_adunit desktop_id="RTK_K67O" mobile_id="RTK_5yk0"] Mikhail (more so than Eugenia) posts a lot of pictures of himself cuddled up with these tigers. But commenters with experience of working with big cats are wondering why a zoo gave them to the family in the first place.

Sure, it's cute to post pictures online of a tiger cub joining you in the bath, but this is hardly a natural habitat for the animals. So why isn't there any effort being made to returning Kai and White to the wild? Or at least a more suitable sanctuary?

Some online commenters argue that this is all about prestige. The photos of beautiful women posing with Kai and White suggest that they're being used as status trophies rather than being given the care they deserve.

[dx_custom_adunit desktop_id="RTK_K67O" mobile_id="RTK_5yk0"] Appatently, the story of a sickly mother who can't care for her babies is used a lot in some circles to justify rich people buying tiger cubs from illicit breeders. It's a far sweeter story than admiting that the cubs have been forcibly taken from their mom for profit.

Certainly, it's hard to argue that Kai and White have the typical tiger lifestyle. How much this suits them is hard to tell, but they're hardly living the way nature intends.

And yet, Eugenia and Mikhail's supporters argue that the pair really do care for the animals. The tigers appear to be better treated than most, and Mikhail has made no secret of his eventual desire to open a fully fledged tiger sanctuary one day.

What a Whole Lotta Love

[dx_custom_adunit desktop_id="RTK_K67O" mobile_id="RTK_5yk0"] For all that the origin story behind Kai and White might sound suspicious, Mikhail does seem to genuinely care for his tigers. Their environment isn't ideal, but they're certainly looked after.

Eye of the Tiger

Whatever their relationship's origin, it does seem like the pair of tigers really care for their owner. Even though, of course, these kinds of photos can be easily staged - we all know how much cats of any size can be standoffish!

Hoping For the Best

With the numbers of white tigers dwindling worldwide, we can only hope that Kai and White aren't part of some elaborate unethical breeding ring. At the same time, it's good to know that the pair are now healthy and cared for.

[dx_custom_adunit desktop_id="RTK_K67O" mobile_id="RTK_5yk0"] Tigers of this size and stature probably shouldn't be treated like pets, and really shouldn't be made to work as models. But, this pair is alive and cared for, and sometimes that's the best-case scenario.

Kai and White seem safe and happy enough in their home. Considering the state that they were in (for whatever reason) when they first arrived with Eugenia and Mikhail, it's good to see them grow.

Hope For The Future

Here's hoping that Kai and White continue to get the care they need, and that other white tigers around the world will also be properly looked after. For one of the world's most endangered species, they need all the help they can get!