Tom Bridegroom
The Best Series Finales In Television History May 22, 2018 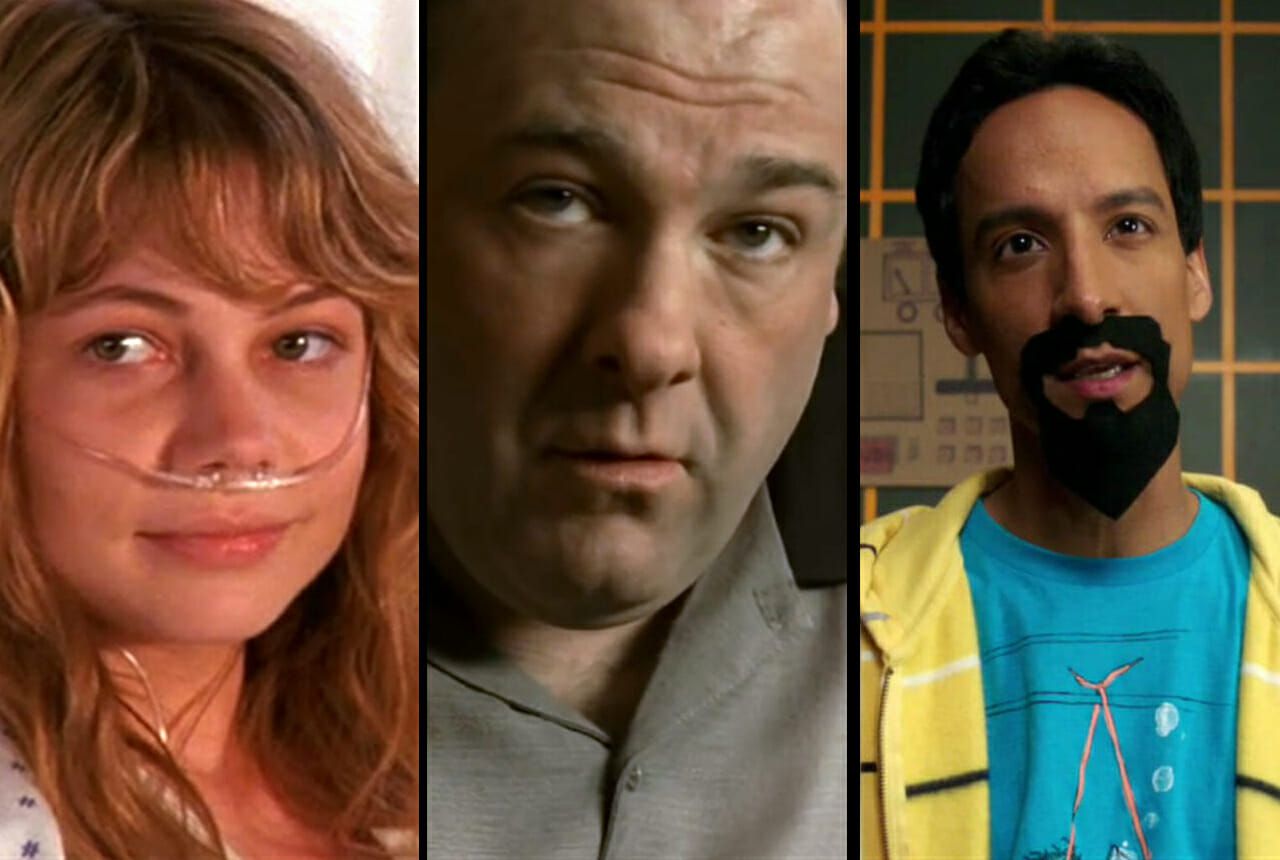 What are the best series finales in TV history?

Whether it breaks our heart or fulfills our wildest fantasies, the finale of a TV series is what sticks with us long after the final credits roll. And the best series finales are those that in their own way manage to provide closure. Because audiences develop relationships with television characters. So whether we root for and against them, we care about them and the fate of their relationships. Feelings about series finales are often quite polarizing. But, hey, you can't please 'em all. Here are the ultimate series finales that leave us feeling complete and satisfied.

The last season of "The Wire" is arguably its weakest. No one cares about journalism enough to make that journalist plot gripping. But the rest of the season wraps up all the stories beautifully, giving Omar and Snoop and Jimmy and Bubbles and everyone else left alive a poetic ending to their beautiful, tragic saga.

People have been talking about whether we're going to get new episodes of "Firefly" for, like, over a decade. But, honestly, we don't need it. The last episode of the only season is a thing of beauty and should be appreciated for what it is. Besides, we already got a "Firefly" movie. What more do you want?

I don't have much to say about the "Larry Sanders" finale except it's perfect. Is there a bad season of that show? Nope. Does the finale show us the humanity and insecurity behind everybody's narcissism? Yep. Is it funny as hell and will it make you cry? Oh, absolutely.

They could have done absolutely anything in the "Dawson's Creek" series finale as long as Joey ended up with Pacey in the end. Dawson Leery, the most obnoxious television character of all time, gets rejected forever! And Joey and Pacey, obvious soulmates, ride off into the gorgeous sunset together. Sure, Jen dies and it's very sad. But otherwise? Perfection.

I don't want to talk about the new "Arrested Development." The first three seasons are so utterly perfect, and we never expected there to be any more. So when Annyong shows up in the third season finale and announces he'd been the one sabatoging the Bluths all that time? That's when I check out.

It must have been hard to wrap up a procedural that had been running for 20 years. Thankfully, Dick Wolf and company made a terrific choice and used the 20th season to focus on S. Epatha Merkerson's Lieutenant Van Buren. In the final episode, we learn she's beat her cancer and isn't in danger of imminent death. It's sweet and touchin, plus they still solve a murder.

The optimism of the "Freaks and Geeks" finale is just so pure. The essential message of the last episode is, across the board, "trust and believe in yourself." That might be corny as hell, but it totally works here. We leave our characters not knowing what's going to happen to them, but confident they're heading in the right direction.

If only we lived in a world where "Community" ended after its third season. The first three seasons of that show, for the fan who watched in real-time, were an emotional roller coaster that culminated in the triumph of the third season finale. Abed triumphs over Evil Abed, Troy triumphs over air conditioning, and then the show ends forever and never makes any new episodes.

Maybe you hate the "Sopranos" finale because of its ambiguity. Maybe you think the cut to black is a cop out. But you're wrong. The Schroedinger's Tony given to us by the finale is one of the most brilliant moves a series finale has managed to pull. With it, Tony and his family achieve immortality.

"The Comeback" is one of the best shows of all time, full stop. The first season is one thing, but the second season is nothing less than an absolute revelation of acting, character work, and television cinematic art. We see Valerie like we've never seen her before: real, raw and totally triumphant.

The "Wilfred" series finale poses more questions than it answers. That's entirely fitting considering the character of Wilfred and his Puckish, trickster-god nature. The surprising part is how emotionally stunned you'll feel after watching it. It's a sucker punch right to the heart – and the head.

"Six Feet Under" is a requisite on any list of best series finales. The actual episode itself is quite good, as the family processes Nate's death in their own weird Fisher way. But the real triumph is the epilogue, which shows us every main character dying in their own way. It's a beautiful tribute to the essence of the show.

"Fargo" is such a badass show. Each season is essentially a contained miniseries. They all end with absolute powerhouse finales that leave you both satisfied and champing at the bit for the next season. The way every loose end, whether moral or corporeal, always manages to get tied up is a thing of storytelling beauty.

Sure, Felicity chooses Ben in the end, which was obviously the right choice. But that's not the only thing that makes the "Felicity" finale great. At the very end of a series which had so far been entirely based in realism, Felicity time travels back to the beginning of college. It's such a weird choice, and it makes no sense, and it's fun as hell.

Having just rewatched it, I can unequivocally say that the eighth season of "The Office" is a disaster. Just a total mess all around. However, the ninth season really brings it around and finally, finally allows Dwight, Jim and Pam the space to grow enough to finally triumph in their own ways. The finale is lovely from any way you look at it, with everyone, even Michael, getting their own moment.

Every time I forget about "Fringe," I think, "Man, I should really rewatch 'Fringe' again." One of the best female characters in sci-fi, one of the most interesting examinations of drugs and mental health, one of the hottest men in the world. Put them all together with some creative, complex storytelling, and you've got a winner.

People freaked out when the "Breaking Bad" series finale aired. Some people didn't like how neatly Vince Gilligan wrapped everything up. Well, I'm not one of them. The "Breaking Bad" finale is a tour de force performance from Bryan Cranston, and the weaving together of all the different pieces to create a coherent ending is, in my opinion, magnificent.

Every episode of the short-lived "Party Down" is a terrific episode of television. In the second season, when Jane Lynch went off to be on "Glee" and they brought in Megan Mullally to replace her, nobody minded. But it's an absolute treat to see Lynch return for the final episode: her character's wedding.

Saved By The Bell Series Finale

"Saved By The Bell: Wedding in Las Vegas" should be studied in film school. This is how you wrap up a silly teen sitcom that was essentially the "Grease" of the '90s. You go to Vegas and you have all your pals come with you! Even, for whatever creepy reason, your high-school principal.

I think the "Lost" finale is great. The season leading up to it? Quite terrible in places. Especially that Allison Janney episode. But the actual finale answers the questions it has to, and gives us some beautiful, cinematic symmetry to the pilot episode. Never was the character of Jack Shephard more likable than when he was dying.