The Biggest Oscars Snubs and Surprises Of All Time 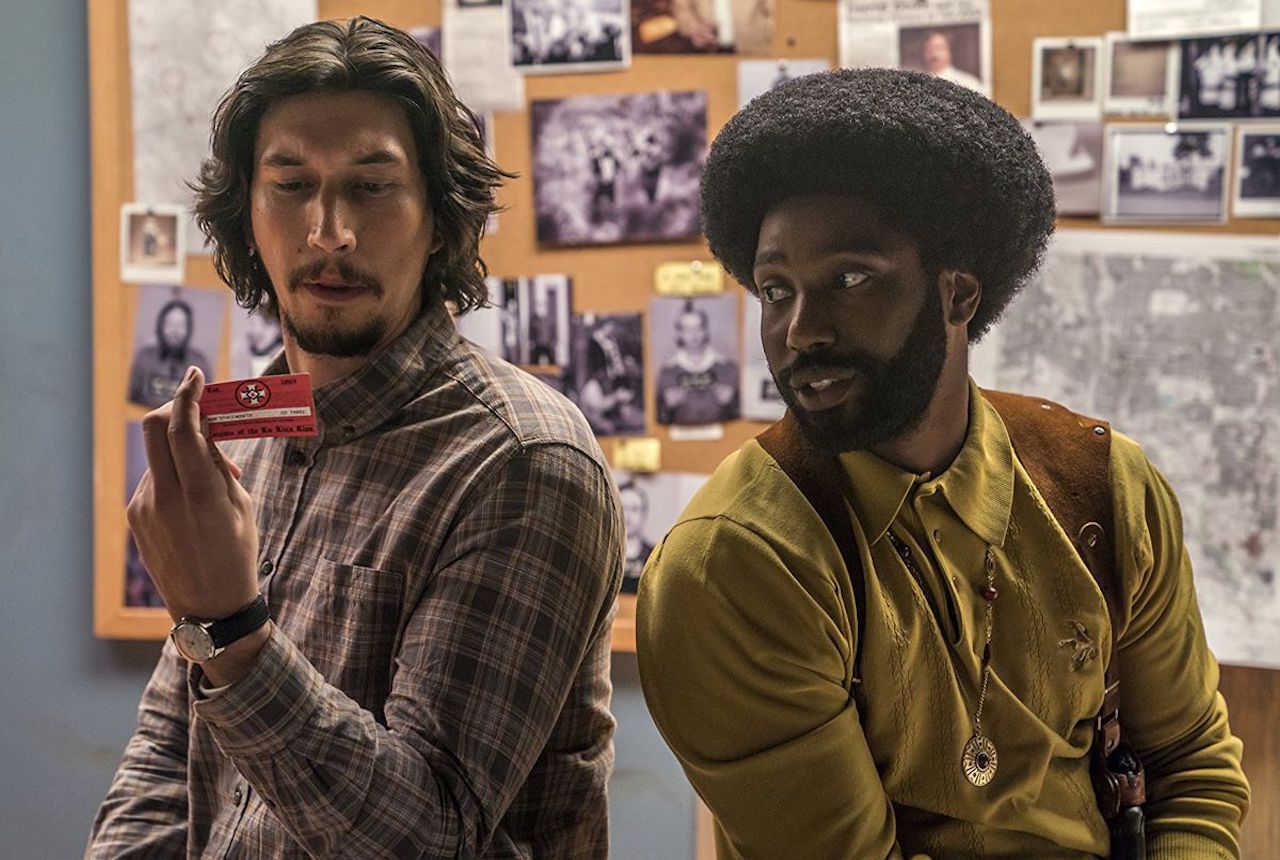 The 2019 Academy Awards was a strange sort of ceremony in general. It had a host, and then it didn’t have a host. And then it wound up with a series of sort of hosts that kind of did a better job than a regular host would have done anyways. Also, nobody predicted any of the winners. Because the best picture was a complete toss-up. And yet it was full of surprises. These are the biggest Oscars snubs (and surprises) this year, and of all time.

And, by default, Roma’s and BlacKkKlansman’s best picture snubs. In an awards season that seemed to have little idea which way it was actually headed, Green Book wasn’t really on the top of anyone’s list to take the big prize. Its problematic approach to race relations certainly didn’t help, either.

[dx_custom_adunit desktop_id="RTK_K67O" mobile_id="RTK_5yk0"] Bo Burnham’s indie hit Eighth Grade had all the makings of a best original screenplay nod. But it was completely shut out of the Academy Awards, in favor of films like the above mentioned Green Book.

The Academy really, really hates actors-turned-directors. Just look at Ben Affleck and Argo. Still, it’s hard to understand how A Star Is Born managed to pick up nominations in every major category except for best direction.

Like Bradley Cooper, John David Washington’s lack of a nomination for best actor was surprising, if for no other reason than the fact that BlacKkKlansman received six other noms. That Washington’s co-star, Adam Driver, got a supporting actor nod was just icing on the snub cake.

[dx_custom_adunit desktop_id="RTK_K67O" mobile_id="RTK_5yk0"] Ethan Hawke’s performance in First Reformed had racked up nominations in the indie circuit prior to the Academy’s announcements, so he seemed to be on track for a best actor nod. Like Washington, however, Hawke was completely shut out of the Oscars.

2012’s Argo was up for seven awards at the 2013 Oscars, and it left with three, including best picture. It did not, however, even get a nomination for best direction. Ben Affleck’s snub has gone down as one of the biggest director snubs in the Academy’s history.

Shame was one of those brutally honest, difficult to watch explorations into the depths of addiction. And Michael Fassbender, who played a man struggling with sex addiction, delivered a raw performance that was absolutely deserving of a best actor nomination that he never received.

[dx_custom_adunit desktop_id="RTK_K67O" mobile_id="RTK_5yk0"] The King’s Speech was a sweet film starring Colin Firth, and — much like many of Firth’s other films are — it was completely forgettable. Still, it took home best picture, beating out infinitely better films The Social Network (favored to win that year), Black Swan, The Fighter, and Inception.

Crash was a melodramatic ensemble piece that played the race relations card in an obvious grab for awards praise, and it worked. Meanwhile, much more worthy best picture nominees Brokeback Mountain and Capote were left in the dust.

The best picture category in 1999 was filled with incredible films. Shakespeare In Love was not one of them. Saving Private Ryan, The Thin Red Line, Life Is Beautiful, and Elizabeth would have all made for better winners.

[dx_custom_adunit desktop_id="RTK_K67O" mobile_id="RTK_5yk0"] The oft-quoted Robert Zemeckis film Forrest Gump took top prize at the 1995 Oscars, which would have been fine, had it not been up against both Pulp Fiction and The Shawshank Redemption. There is no box of chocolates that could make up for that best picture mistake.

The pattern of acting recognition from the Academy typically goes something like this: portray a character worthy of a gold statue: lose. Lose three or four more times, then take home the prize on a role that’s not really great but is long overdue. That’s what happened in 1995, and it’s why Martin Landau beat out Samuel L. Jackson for best actor, even though Jackson’s turn as Jules Winnfield was far, far better than Landau’s Bela Lugosi.

Martin Scorsese is no stranger to getting the shaft at the Academy Awards (it wasn’t until 2006’s The Departed that he finally won for best direction). But at the 1991 ceremony, his epic mob drama Goodfellas really got it. After six nominations, the film walked with only one win (best supporting actor for Joe Pesci). And it lost top accolades to Dances With Wolves.

[dx_custom_adunit desktop_id="RTK_K67O" mobile_id="RTK_5yk0"] 20 years later, Spike Lee’s Do the Right Thing has gone on to become a modern classic, and its story of race relations during the Reagan era continues to feel relevant today. It failed to secure even a nomination… and that year’s best picture winner? Driving Miss Daisy.

River Phoenix was an incredibly talented actor who managed to put out a substantial body of work before his untimely death at 23. He was only ever nominated for a single Academy Award, for best supporting actor in 1988’s Running on Empty, which he lost to Kevin Kline in A Fish Called Wanda.

Ridley Scott’s sci-fi epic Blade Runner deserved so much more than just a best art direction and best visual effects nomination. At most, it could have easily gone up against best picture nominee Tootsie. At the very least, it deserved a cinematography nod.

[dx_custom_adunit desktop_id="RTK_K67O" mobile_id="RTK_5yk0"] One of Martin Scorsese’s earliest experiences with the unfairness of the Academy, 1980’s Raging Bull was up for eight awards at the 1981 ceremony. It left with only two: best actor and best film editing, losing both best picture and director to Robert Redford’s Ordinary People.

Granted, Chinatown suffered the misfortune of being up against The Godfather Part II at the 1975 Oscars, but with 11 nominations that year, it’s astounding that the film only managed to walk away with a single win. And Jack Nicholson’s best actor loss to Art Carney was nothing short of tragic.

Speaking of losing to Art Carney though… Al Pacino was also up for a best actor award in ’75, for his role in The Godfather Part II. Both Chinatown and The Godfather films are highly regarded to this day. Does anyone actually even remember the film Harry and Tonto?

[dx_custom_adunit desktop_id="RTK_K67O" mobile_id="RTK_5yk0"] 1972’s The Godfather is arguably one of the greatest films ever made, with one of the greatest casts ever assembled. Al Pacino, James Caan, and Robert Duvall all received best supporting actor nominations, and they all lost. To Joel Grey in Cabaret.

How did Cabaret manage to completely sweep the 1973 Academy Awards? Francis Ford Coppola wouldn’t take home a best director Oscar until The Godfather’s 1974 sequel, but he definitely deserved the win over Bob Fosse.

As is tradition with the Academy, The Greatest Show on Earth seemed to be its way of making up for all the times Cecil B. DeMille should have won already but hadn’t. It beat out The Quiet Man for best picture, an infinitely better film that year.

[dx_custom_adunit desktop_id="RTK_K67O" mobile_id="RTK_5yk0"] It’s considered to be the greatest film of all time. Not only that, but Orson Welles’ Citizen Kane is widely regarded for its completely unorthodox style of filmmaking. And the only award it left with in 1942 was best original screenplay.

It seems completely ridiculous, but Stanley Kubrick has never ever won a best direction Academy Award. 2001: A Space Odyssey didn’t even receive a best picture nomination. And the closest Kubrick ever came to winning? He lost to My Fair Lady.

Alfred Hitchcock was nominated for only five best director Oscars throughout his entire career, and he didn’t win a single one of them. To add insult to injury, he was never even nominated for Vertigo, Notorious, or North By Northwest.