A Week After Adopting Triplets, Couple Learns They Got More Than They Bargained For

Camila Villafane
A Week After Adopting Triplets, Couple Learns They Got More Than They Bargained For October 22, 2018 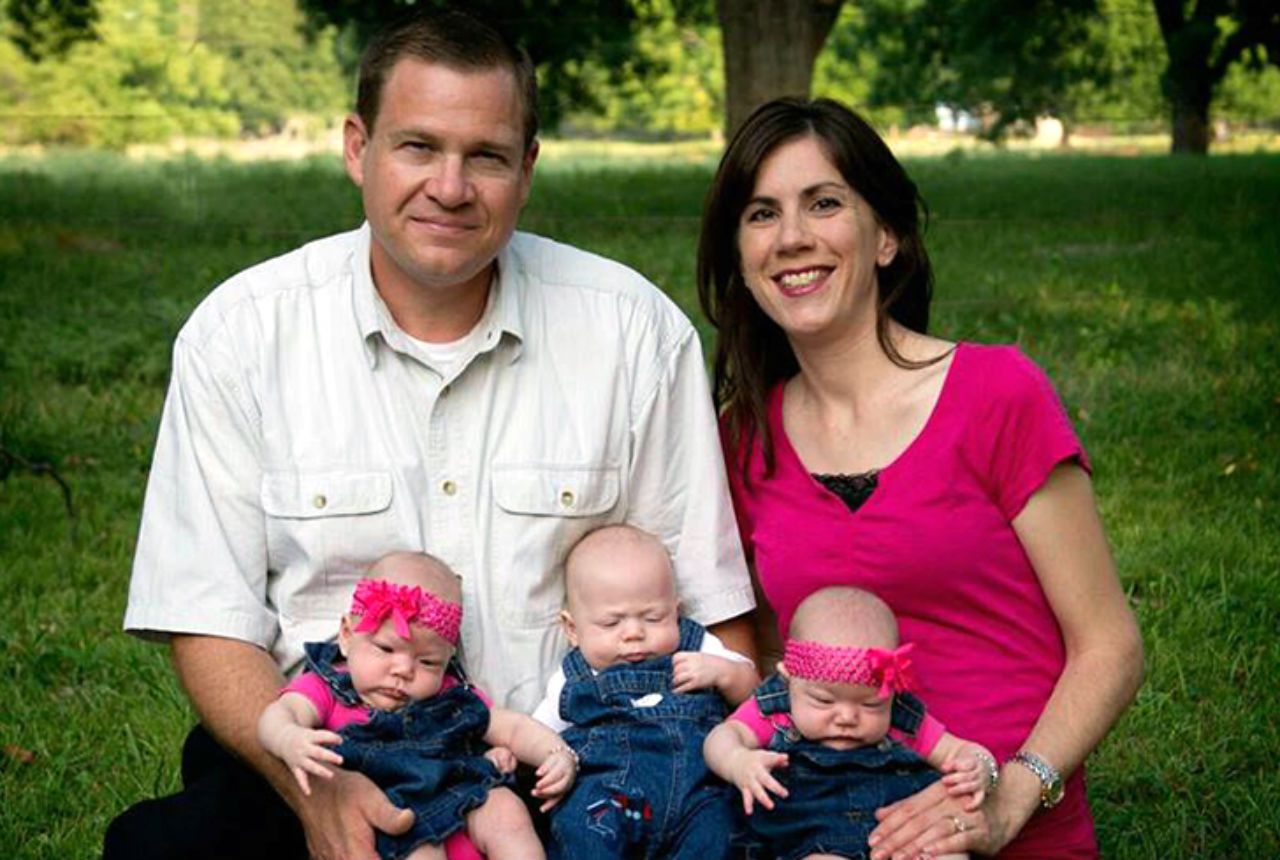 Starting a family can be rewarding but also heartbreaking. That’s something Sarah and Andy Justice know a lot about. They wanted kids, but life threw a wrench in their plans. So the childless couple adopted three babies. But what ended up happening next took everyone by surprise...

They Wanted A Family

Sarah and Andy Justice were living a happy life in Tulsa, Oklahoma. There was just one huge problem: They had no children, but not for lack of trying. Like many other couples out there, they simply couldn’t conceive.

But Only Science Could Help

The couple had been married for three-and-a-half years, but they couldn't seem to get pregnant. Their doctor offered them one possible solution. But they had to go all the way to St. Louis to see a specialist.

Their Chances Were Slim

In vitro fertilization would give them a 10 percent chance of conceiving a baby. That was a very slim percentage for a procedure that cost anywhere between $30,000 and $60,000.

The psychological stress caused by infertility can wreak havoc in women. In fact, research suggests that the anxiety they experience is pretty similar to what terminal patients experience as well. But women are not the only ones who can experience so much stress.

There Are Tons Of Psychological Effects

Men also experience anxiety, depression, decreased self-esteem and physical pain from the stress of the situation. It doesn’t even matter if they’re the infertile ones or if it’s their partner who’s infertile. Plus, there's a lot of pressure involved which makes everyone feel like they're trapped inside a pressure cooker.

Then There’s The Pressure

Infertility isn’t easy on anyone. But it’s even worse for couples when they’re judged or pressured by family members, friends and strangers to start a family. But what’s with all the urgency?

But The Clock Is Ticking

In a lot of societies, young people are instilled with this sense of urgency to have babies right away because the biological clock is ticking. If anyone understood how uncomfortable this could be it was the Justice family.

What If It Failed?

Fertility treatments aren’t a sure thing. When they don’t work, a couple can feel like they’ve failed. It gets worse when the treatments put a strain on the household’s finances too. Fortunately, there’s always another alternative, and the Justice family was considering it.

There Was A Second Option

Many childless couples consider adoption because they want to provide a stable and loving home for an orphaned child. Since the fertility treatments failed, the Justice family turned to a higher power.

They Turned To Their Faith

They reached out to an agency that works with a faith-based crisis pregnancy group. This was the best way for them to adopt. But there was a long process ahead of them. Still, they were beyond willing to go through it. After all, they've been dreaming about becoming parents for way too long.

She Had To Choose Them

"The birth parents or the birth mother picks the family she wants her child to go to," explained Andy. And that’s how it happened. The birth mother reached out and picked him and his wife. But there was an unexpected surprise none of them were expecting.

But They Weren’t Expecting This!

Sarah took the birth mom to the doctor and discovered something shocking. "We went to a meeting where she had an ultrasound and found there was not one baby but three babies," she said. To which Andy replied, "Well, that's great, you said you wanted kids."

They Did It Anyways

“It was more than a little ironic,” said Andy. They intended to have one, and ended up with triplets. But after they arranged to adopt the babies, Sarah’s doctor dropped a massive bombshell.

And Got More Than They Asked For

The couple had been praying for a miracle, and they ended up getting exactly what they wanted. In less than a year, the childless couple wound up with five babies after Sarah found out she was pregnant with twins, right after the triplets were born.

“We were really excited because it was something we’ve been dreaming of and longing for for years,” Sarah told "Today". But, as you can imagine, it took them a while to figure everything out.

They Needed A Bigger Van

The couple had five extra mouths to feed, and they also had a lot of adjusting to do. For starters, they needed a bigger van to accommodate everyone. But they needed more than just space.

They Needed Supplies Too

The couple went through approximately 300 diapers a week. They also had to spend money on other things like baby bottles and clothes. But figuring out who was who became a real challenge. How would they be able to tell them apart when they all looked so similar?

Telling Them Apart Was Tough

The Justice family was able to tell the triplets apart by painting their toe nails a different colors. But in the winter, they had to use bows to differentiate the three little girls, as their feet would've been covered. It was definitely challenging, but they weren’t alone.

But They Have A Lot Of Help

The couple’s lives were no longer their own. They revolved around their kids. Fortunately, they had plenty of help from their family, and of course, their church. But Andy’s job made things easier too.

Dad Can Adjust His Schedule

Since Andy’s self-employed, he was able to adjust his schedule to help his wife. But even with all the help they received, catching up on sleep was practically impossible to do.

But They Don’t Sleep As Much

Andy told "Today" that they only got about three hours of sleep per night, but not necessarily all at once. The kids would often disrupt their sleep cycles, but in the end, it was all worth it.

All They Do Is Babies

“My husband says all we do is babies, everything else in life has pretty much stopped,” said Sarah. But even though it was a lot of hard work, they loved raising their family. And now that the kids are older, they’re helping around the home a lot.

Now They Help Too

“I bought two spray bottles and filled them with water and Vinegar and the girls can't wait to clean the bathrooms,” Sarah wrote on the couple’s Facebook page. Now everyone in the family gets to work and play, including mom and dad.

On May 28, 2018, the couple wrote, “Happy birthday to our three sweet miracles! It is hard to believe that 5 years ago on May 18th these three were born weighing a little over 3 pounds each.” But was there room for one more?

Then There Were Six

The childless couple wound up with five kids, but in January 2016, Sarah got pregnant again, and had little Caleb. It’s hard to believe that a few years ago, the couple feared they’d never have kids, now Andy and Sarah ended up getting what they wished for, and more!