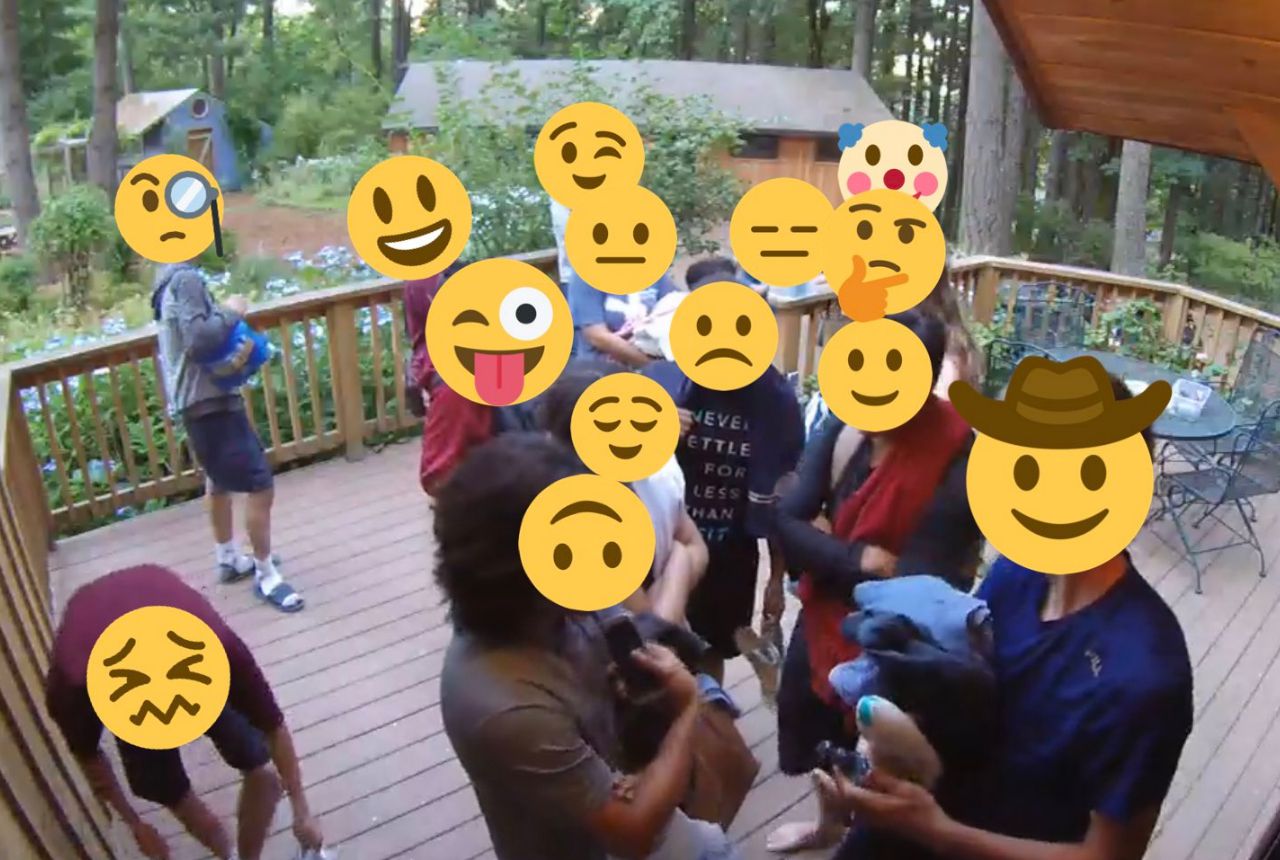 A Christian Bible study group rented an Airbnb cabin. And then they created hell on Earth for the cabin’s hapless owner...

Mary Numair is a writer for a creative agency, a self-professed recovering alcoholic, and full-time parent to a nephew and a pair of cats. She's also the original reporter for this terrifying Airbnb horror story.

Cabin in the Woods

Mary's boyfriend Ben owns a beautiful, isolated cabin in the woods. Ben rents this out on Airbnb when it's not in use. The cabin can comfortably house four people, but its delicate septic system really isn't designed for big parties.

All was going well, until a Christian study group showed up with more than 20 extra people. Presumably the group figured they could book a small cabin for this many people and get away with not paying all that much for their retreat. But it gets worse...

When confronted, the leader of the group claimed that most people would be leaving after a short time. Considering the amount of stuff everyone brought with them, this was clearly a lie. You don't bring towels and a change of clothes for a "quick Bible study" unless your class is taking place at a water park. But they got caught, because they’re dumb...

Presumably the group assumed they could get away with sneaking into the cabin because nobody would know. They didn't factor in Ben's security camera which shows the outside of the property at all times. These people are carrying a lot of stuff, but not many Bibles between them. Or brains.

Here's a fun fact about rural cabins: They're not designed like hotels. A septic tank that can cope with a small family will simply not hold up to the intense use that this group seemed to be planning. Essentially, the Bible group planned to break the cabin. And that’s not all...

When Ben manages to get hold of Airbnb to get their help with this nightmare, he's told to just deal with it. Can't he just let this go? No, he can't. Not if he doesn't want his cabin to be broken beyond use by 25 people trying to shower all at once.

Get in the Car

There goes a weekend. Without any other option, Ben and Mary start driving over to the property to catch the group in the act and evict them from the cabin. The pair run into traffic along the way as they try desperately to clear things up with Airbnb. This is when things start to heat up...

Someone from Airbnb must have called up the group to see what was going on, and the guy in charge of the booking begins to spin lies. Apparently, he had some kind of verbal agreement with Ben that allowed him to bring all these people. This is just the first of many lies that the group will tell over the course of the next hour...

Having failed to convince Ben with their previous set of lies, the group try a new approach. Finally, Andy, the leader of the pack, sends Ben a message claiming that it's no big deal, and that most people have already left. He also claims that the extra people were staggered, trying to make this seem like less of a problem. Infuriating.

In spite of Andy's best efforts, Ben and Mary aren't willing to budge. The group has lied and cheated, and their attempts to get away with having so many people in the cabin could already have damaged the delicate plumbing. Things are coming to a head as Ben and Mary approach the property. Uh-oh...

Sneaking Out the Back

Clearly someone in the group got wise to the camera out front, as a bunch of people start sneaking out the back, to try and make it seem like they only had one extra person at their "study" party. This strategy might have worked if the camera hadn't already caught everyone going into the cabin to begin with. Either most of these people never left, or they went out another way.

In spite of all this duplicity, Airbnb's contact is still unwilling to listen to Ben's complaints. Clearly, the company is so interested in maintaining a healthy public image that they're overlooking Ben's legitimate concerns. Ben can't allow these people in his house, so the booking is cancelled. Meanwhile, Ben and Mary have the unpleasant job of convincing their guests to leave.

As the pair enter the living room, the original four guests are pretending as if all of this chaos never happened. They've gone from claiming that they had a verbal agreement for 25 people staying over, to pretending that they only ever had one extra person. This act fools nobody.

Props to Ben for sticking to his guns. When told they have to leave, the group try to eke out every extra available second. But they’re not done yet...

Clearly these Bible enthusiasts really need the chance to study, because they've never heard of commandments like Thou Shalt Not Lie. But, then, if they'd bothered to bring Bibles to their "study group" instead of just bringing spare clothes, they might have learned something.

Here's a suggestion: If you're trying to essentially steal an Airbnb by bringing 20 extra people for a weekend retreat, it might not be great to draw attention to your religion. It kind of gives other Christians a bad rap. Saying, “It's cool; I'm Christian" has never proven an effective strategy for getting away with a crime.

Perhaps Mary Numair herself ought to run a Bible study group, considering that she has a better grasp of the rules of Christianity than these supposed "Christian" leaders. Of course, if she wants to run a Bible class, she'll no doubt make sure to find a genuinely suitable venue for doing so.

We're not talking those small hotel economy bottles. Mary and Ben assumed that their guests would have a modicum of human decency, so they offered up big, $60 bottles of fancy EO Rosemary and Mint shampoo and conditioner. Which someone naturally decided to swipe, because they really don't get the way Christianity works.

Bad at Being Bad

If there is one part of this sad story that's something of a relief, it's that nobody found the backup bottles of shampoo and conditioner. All in all, Mary and Ben didn't lose quite as much money as they could have. This is only a small consolation after such a horrid Airbnb experience.

Throughout the process, Airbnb were unwilling to trust Ben as he protested the group's actions. The company stuck to their guns, and following the (fully justified) eviction, they gave the guests a refund. Mary and Ben were left clearing up all the mess, and the thieves got away without any negative consequences.

Sometimes kicking up a stink works. After a lot of wrangling, Ben finally managed to convince Airbnb to pay him the cost of the cabin that was taken away when the group was refunded. Airbnb also paid out $75 for stolen shampoo, which is something at least. Even if this compensation doesn't begin to cover the stress of the whole experience, and the potential damage to the septic tank.

At Least Ben and Mary Are Happy

In closing, it's worth bearing in mind that Mary and Ben are just the cutest couple. They may have gone through a horrendous ordeal in trying to fix this whole Airbnb mess, but at least they're both adorable, and very much into each other. Mary even joked on Twitter that her account of the Bible group horror story is just a way to brag about her boyfriend.