Couple Fights On Social Media Are So Cringeworthy It Hurts 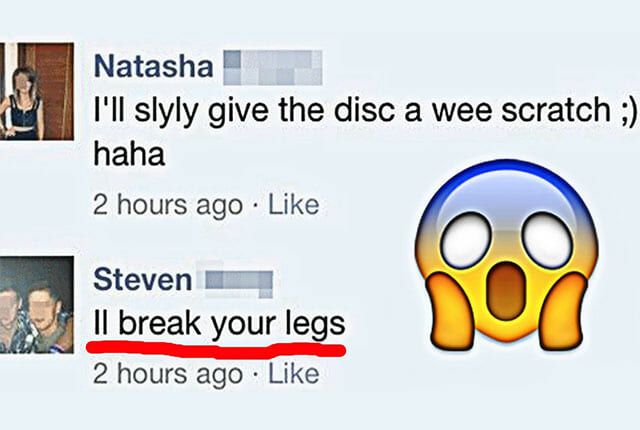 Whoever said that airing your dirty laundry was a bad idea must have envisioned what the future was going to look like in a world where social media was a thing. While all lovers have a quarrel now and then, things can get even uglier when a couple fights on social media, like these people did. And, wow, do they love blasting each other on Facebook.

What Took You So Long?

Some couples are steamy, others are smoking hot, while others just want to set the love of their life on fire. In all fairness, if you stop communicating for three weeks, then all bets are off, mister.

Couple fights on social media are pretty ridiculous, but oh-so-entertaining. This poor sucker found out on Facebook, (along with all of their friends and family) that he's now back to the friendzone. Time to start posting ridiculous hashtags, passive-aggressive messages, and whiny drunk rants now, right?

These two have managed to take "awkward" to a whole new level. If they made it in the end, then there's hope for the rest of us.

Poor Brady. The way his significant other keeps changing their relationship status, makes you wonder if there will ever be a "Bunch" added to his family tree.

Careful What You Wish For

It could have been the ultimate love story. But when this couple fights on social media, it's more tragic than the ending to "Romero and Juliet." But that's what MaKayla got for wishing without thinking.

One person's nasty habit is another person's deal breaker. Not only is James sick of Leigha's farts, but he called her out on it. After what he called her, we doubt there's a happy ending in this couple's future.

It's tough to call the kettle black when you've done something that's just as bad. Are you really calling someone out on their cheating ways? It's even worse when your ex calls you out on it. Ouch.

Breaking up on Facebook is pretty lame. But if you look on the bright side of life, these two will forever be able to look back and learn from their cheesy and ridiculous mistakes.

That awkward time when you thought you were hilarious, only to find out your sense of humor is so bad, it breaks off engagements, relationships and hearts.

These two haven't dated in a while, but the reasons why this couple broke up is staring at your face. Clearly, they're better off apart... and away from Facebook.

While some may call this couple's bestie a tad rude, others would rather look at the empty glass as half full. Sadie may be too blunt, but she deserves kudos for thinking quickly on her feet.

Looks like Shawn isn't quite ready to let Ally go. At the very least, he wants her to suffer a bit without her DVDs. Maybe he kept her leggings too because he's using them.

When you're flirting with the idea of breaking it off with your significant other, you have two ways to break the news. You can sit down and carefully explain why you're dunzo. Or you could post it on Facebook and let them figure it out on their own. Wow.

Has Megan totally lost it and made Andrew's cat lunch... literally? Who knows? But one thing she should consider eating for dessert is some compassion and sympathy for her boyfriend's concerns.

He promised to love her, to be true to her in good times and in bad, in sickness and in health. Or did he?

When this couple fights on social media, they do so over Fifa. But when this girl tells boyfriend how she plans on getting his attention, he gets downright abusive.

Knowing that her man was up to no good, this girl decided to get all "CSI" on his ass. She found the evidence and closed the case. But did she get the confession she wanted? Probably not.

Well, it looks like Geri won't be shedding any tears for Matt over here. She certainly had no love for him, but did she really have to go after his goatee too? That's just wrong.

How about we don't talk about it all? At least not on Facebook?. We're pretty sure this boyfriend would've preferred to keep this on the down low. Looks like this girlfriend's having a baby whether he wants to or not.