Twitter Is Freaking OUT Over Shudu, The CGI Dark-Skinned Model Used To Promote Fenty Beauty 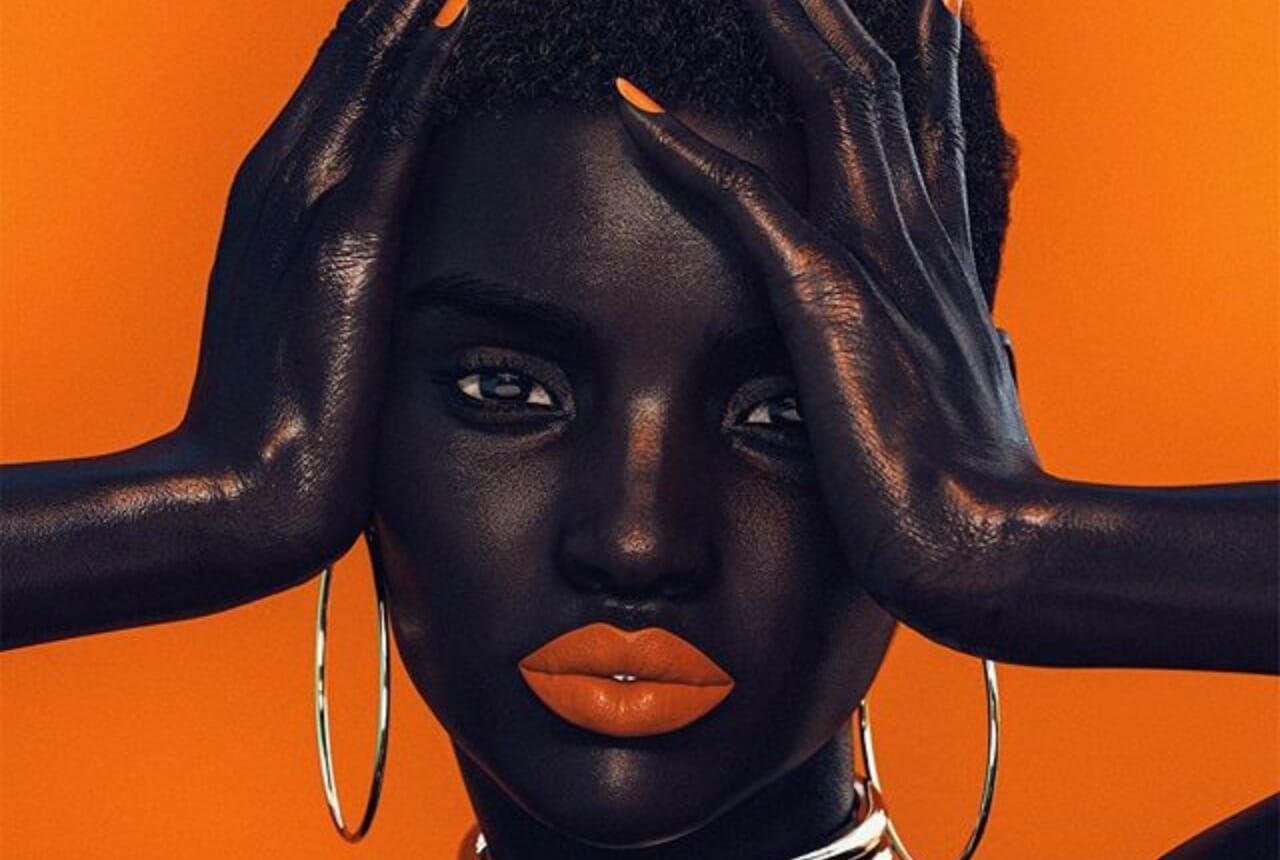 When Rihanna's Fenty Beauty cosmetic line hit the shelves, makeup lovers and beauty bloggers alike were shook by the collection's 40-shade foundation base that promised the inclusion of shades and colors for ALL skin tones. Alongside the integrity of the product itself, the success of the beauty brand relied heavily on its social media marketing approach--a headline-making, hashtag-spawning outreach spearheaded by the Internet's most-talked about new model--Shudu. While her stunning snaps gained recognition within an industry that shows little representation for dark-skinned individuals, it was soon revealed that the portraits taking social media by storm were actually 3D images created by British photographer Cameron-James Wilson.

Cameron-James Williams is a London-based British photographer and the man behind Shudu, aka the world's first digital supermodel. Building off of his years of experience working in the fashion industry, Williams used his self-taught 3D design skills to create the entirely fictional Instgram model. "I'd much rather just go off on my own and explore and learn things visually rather than being taught and told to do things that were extremely irrelevant to what I wanted to do," said Williams, hinting at the motivation behind crossing over from fashion into digital design.

The Birth Of Shudu

When Fenty Beauty's official Instagram page uploaded an image of Shudu wearing the lipstick shade Saw-C, the digital model's viral fame skyrocketed even higher than before. Fans of the inclusive product line took to Twitter to praise Shudu's striking portrait. "Fenty beauty tagged shudu and i feel so proud," wrote one supporter.

Shortly after Shudu snagged the title of hot-at-the-moment model, it was revealed that she was actually not human at all, and a 100% computer-generated image. "I didn't know at the time but in creating her it really helped me to deal with things that I was going through at the time," said Wilson, revealing his thought process behind bringing Shudu to life. "Feeling out of touch with my own work, underappreciated and that I had talent but I didn't know what to do with it."

Not surprisingly, Wilson came under fire soon after Shudu's reveal for creating his own conceptualization of a dark-skinned model instead of photographing an acutal person with the same complexion. "A white photographer figured out a way to profit off of black women without ever having to pay one. Now pls, tell me how our economic system is in no way built on and quite frankly reliant on racism and misogyny," tweeted one critic.

Despite the waves of criticism crashing down around Wilson's digital creation, some spoke up in defense of the British artist and praised his vision. "Fashion is about innovation & it is heavily influenced by technological advancements," wrote one supporter. "The designer, Cameron-James Wilson, is looking to open a dialogue about the importance of employing Black models through his art."

The intensity of criticism aimed at Wilson only intensified when he referred to dark-skinned models as "on trend" during an interview with Harper's Bazaar. "There's a big kind of movement with dark skin models, so she repressents them and is inspired by them," he said.

When dragged once more for exploiting Black models, Wilson fired back in stating that the criticism he's faced "only comes from misunderstanding."

Wilson put his 3D designing skills to the test once more by creating Nfon, the world's first digital male model. Proving to the world that he can successfully imitate the human form so well that it's hard to discern what's real and what's fake on his photo feed, Wilson's art serves as a commentary on just how much social media filters impact our perception of reality. "I'm not trying to replace models and if anything it's a criticism on how fake society has become that a CGI model can pass for real," he said.

Proving that the beauty he creates can also be inspired by the real world, Wilson posed Shudu with Australian model Ajur for a shoot praising the fierceness of both women--one real, and one fake. "The way he described me was magical," said the IRL model. "I didn't even have the time to tell him what I don't like about myself of if I didn't find my self interesting, he would just cut me off immediately and act like i really need to meet the version of myself to see what I'm not seeing," she said of working with Wilson.

Pointing to a much broader trend, the untapped marketing power of CGI models makes them an appealing option for many brands. After all, a digital image won't demand an endorsement fee for a social media post tied to a product. While not as mind-bending as Shudu's realism, CGI model Miquela frequently "posts" on behalf of beauty and lifestyle brands. With such a shift in advertising strategy, the quesiton must be asked--will the Instagram "It Girls" soon be replaced with digitally-created models?