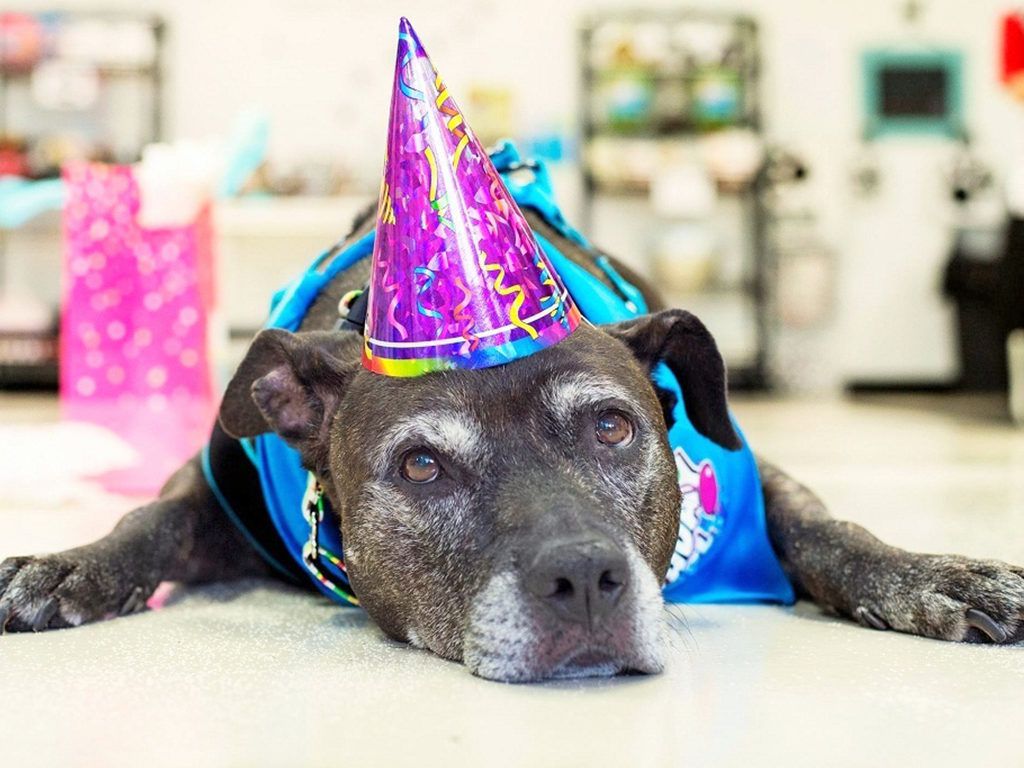 To some people, pets are simply animals, but to all pet parents out there, they're part of the family. When Melissa Davis and her family adopted Kaylee, they had no idea how much she would mean to them. Sadly, the Davises discovered they had less time with their precious girl than they’d imagined. But before they said their final goodbyes, they took her on some amazing adventures that would leave the family with a lifetime of memories.

Kaylee’s Life Was in Danger

In May of 2017, Kaylee’s original owners took her to BARCS in Baltimore, Maryland. It seemed as though no one would want the 11-year-old pooch. Not that it mattered anymore. The owners had something else in store for her that sent chills down the pooch’s spine.

They Wanted to Euthanize Her

The owners wanted BARCS to euthanize this beautiful girl because she had a series of problems that weren’t easy to see with the untrained eye. She had a torn CCL and there was also blood in her urine. Suddenly, it all made sense.

The original owners couldn’t afford to pay for her health treatment, but Kaylee wasn’t out for the count because BARCS was her advocate. They got the owners to surrender her into their loving care, but was there anything they could do for her?

Kaylee was suffering from an UTI, so the staff at BARCS gave her medication. They also treated her leg. But the pooch had to recover in the shelter for weeks and the odds of her ever getting adopted were simply not in her favor. But all hope was not lost. A world of adventures awaited for the sweet pooch.

The Shelter’s Fears Were Justified

The shelter received an average of about 33 new animals every day. So, the staff worried that no one would want a senior American Staffordshire Terrier full of medical problems like Kaylee, but there was one human who didn’t care about any of those issues.

A Child Arrived to Save the Day

There was a 9-year-old kid named Raven Davis from Odenton, Maryland. She had a big heart and wanted to adopt Kaylee when no one else would. But her mom, Melissa Davis, worried about the commitment and financial impact of caring for a sick, elderly dog. In spite of that, she gave in to Raven’s request, but the family had no idea what awaited them.

She Was the Best Pet Ever

The Davises took Kaylee home the next day and she became the most amazing dog any owner could ask for. She walked well without a leash. She even behaved herself when she was in the car. She was also a great snuggler and was housebroken, (meaning, she was trained to go potty outside!) but no one could have trained her to deal with the unexpected.

The Family Loved Her Unconditionally

The family assumed that Kaylee’s previous owners loved her dearly enough to train her so well. And although they gave her up, she now had a new family that was head over heels in love with her. But during a routine shower, they noticed something on Kaylee’s body that made their hearts sink.

There Were Warning Signs on Her Body

There were a couple of lumps in Kaylee’s throat. So, they rushed her to the veterinarians to see what was wrong with her. And then the test results came back. Sadly, the prognosis wasn’t what the family had hoped for.

Kaylee had thyroid carcinoma, and it had metastasized to her lungs. As you can imagine, this left the Davises devastated. They had expected to keep their beloved pooch around for a couple of more years, but her time was running out and veterinarians weren’t optimistic.

Her Age Made Treatment Difficult

Kaylee also had other health problems like adrenal gland, bladder, and kidney issues. The veterinarians told the family that chemotherapy wasn’t a good option for Kaylee because of her declining health and her age. But there was still one thing that family could do for her.

They Prepared Kaylee for a Grand Finale

Her family wanted Kaylee’s life to mean something. So, they came up with an epic bucket list that ensured that their beloved pet would get the grand finale she deserved. But what kind of stuff would a dog her age want to do before she met her maker?

They Chronicled Her Final Adventures

They set up a Facebook page called Kaylee’s Bucket List that chronicled the pooch's end-of-life adventures with her new family. The wish list was simple, but to the family, it meant everything, just like it did for Kaylee.

The first item on the bucket list was to find a forever home, which was already taken care of by the Davises. But they still had other fun items left to cover. In fact, the next item was something Kaylee and her newfound family could enjoy.

Cancer was slowly taking her away from her human family, but it didn’t dampen her appetite. That was great because the next item on her list included going out for a burger and getting some delicious ice cream. And the was only the beginning!

She Got Breakfast in Bed

The fourth item on the list included breakfast in bed, which was just fine because Kaylee loved being in bed. She was a serial snuggler, but needed help getting on the bed. So, they placed a couple of treats on the bed to make her feel like the queen she was. But would she get to see another birthday?

They Threw Her a Birthday Party

The family wasn’t sure that she had enough life left in her to celebrate another birthday. So, to complete number 5 on Kaylee’s bucket list, the Davises threw her a birthday party. But even a dog with a short life span had to burn some calories, and that’s where item number 6 came in.

She Hiked and Ate

Going for a hike was a great way to burn some fat, but they could only take her on a short stroll. But you what's the best way to recharge after a hike? Eating lots and lots of food! So number 7 on the list was going on a picnic with her family. Then it was time for item number 8 on the list. The poor pooch was undoubtedly sore from hiking. So, item number 8 came in quite handy... literally.

She Got a Doggy Massage

After nearly completing all of the items on her bucket list, Kaylee deserved a doggie massage. Then she had a special date with her human mommy. That was number 9 on the list. But would the universe grant Kaylee her universal wish?

She Wanted to See an Eclipse

The next item on Kaylee’s list was to see a solar eclipse which was a once in a lifetime experience. But there were some extra items on her bucket list that she got to do along the way that were just as fulfilling.

Kaylee’s Final Meal Was a Feast

On January 15, 2018, Kaylee and her family got to enjoy one last beautiful day together. The pooch ate steak and eggs. She even had a Starbucks puppucchino. The family also bought different kinds of cheese for Kaylee to feast on. They made their best effort to make their furry friend feel like a kid on Christmas. Then, a stranger knocked on their door.

Her Final Day Was Her Best Day

In a moving Facebook post, Davis reported that a veterinarian came by the house to euthanize the pooch. But Kaylee was able to complete one final item on her bucket list. “Have the best day ever and fall asleep in my mom's arms," Davis wrote on Facebook. But she did one thing that wasn’t on the list.

She Managed to Beat Cancer

Kaylee was no longer around, but she did beat cancer. She did so by having the best 7 months of her life and having the family agree to end her suffering because the illness was taking its toll. But Davis posted that the pooch continues to live on thanks to all of her followers' help. But what does she mean by that?

Kaylee Lives On Through All of Us

“Every time one of you adopts a senior dog, she lives on. Every time you share her story, she lives on. Because of all of you, Kaylee's story doesn't end here, and I am eternally grateful for that,” Davis wrote on Facebook. And although it’s still hard for the family to process the loss, Kaylee’s story will be eternal.

They Wrote a Book to Honor Kaylee

Davis was so inspired by Kaylee’s endurance that she also wrote a children’s book called Kaylee’s Bucket List. She created a kickstarter campaign to cover the expenses of publishing the book and ended up raising $14,025, which was more than enough to get the book on the market. The touching story aims to encourage people to share the love of senior dogs with kids, like the Davises did for Kaylee.