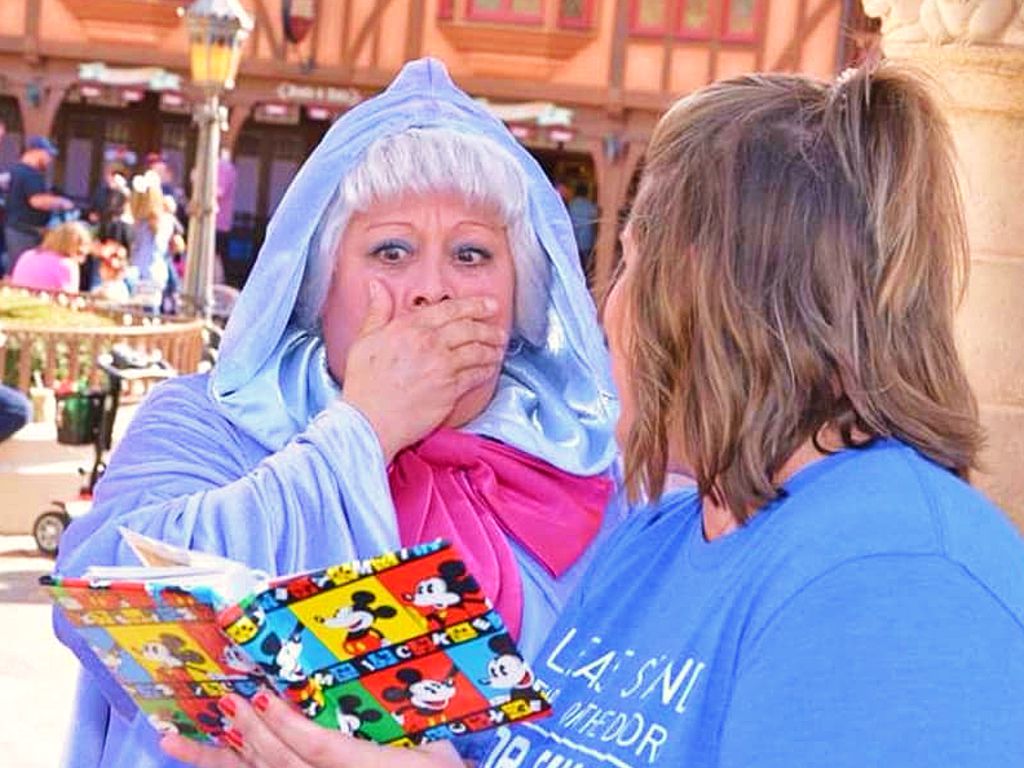 Disney World is the most magical place on Earth and it keeps proving its claim to that title over and over again. Amber Roberts shared her incredible reunion with a Disney Cast Member on Facebook and other guests shared the magical experiences they have had at the same park with the same characters.

When Amber was 2 years old, she met the Snow White performer at Disney World and it made her trip to the park very memorable. Snow White spoke directly to her, picked her up and made her feel like a princess, like she always dreamed she could be.

Another Visit With Snow White

That wasn’t the only time that Amber met her favorite character. She visited the Disney park many times from the age of 2 until she was 15 years old and every time she saw Snow White, the talented performer knew her by name.

Others Recount Their Snow White Stories

After Amber shared her story on Facebook, other people who had incredible memories of their Disney World trips shared their Snow White encounters, too. This family remembered how kind she was and how the princess went out of her way to compliment the guests she met.

Years later, the performer who played Snow White switched roles and began to play the Fairy Godmother from the “Cinderella” films, who she still plays today. Her talents really shine in this role and guests who visit from all over the world remember her long after their visit is over.

Amber hadn’t visited the Disney parks since she was 15 years old, so it had been at least a decade since she last saw her favorite character performer in person. But once she tracked down the Fairy Godmother, it was obvious that the older woman remembered Amber from her childhood and was so happy to see Amber again.

During their meeting, the actress who portrayed Cinderella’s Fairy Godmother never broke character, even though she was overcome with emotion. She never revealed that she was the same person who played Snow White all those years ago, and only said that she was ‘very good friends with Snow White.’

This Woman Has An Incredible Memory

Many Disney guests who have visited this same performer have marveled at her incredible memory. People who have visited the parks years before are sometimes greeted by name by the Fairy Godmother. How does she do it? She may have an eidetic memory, meaning she can recall images and information from memory after only seeing or hearing it once.

A few weeks after her daughter, Analiese, died of a rare genetic abnormality just hours after she was born, mother Janice Murphy of Fort Meade, Maryland visited Disney World. She took with her a teddy bear that held the ashes of her daughter and lined up for photos with the characters in Fantasyland.

What happened next gave Janice a new sense of purpose about her daughter’s passing. The actress playing the Fairy Godmother asked about the bear and Janice explained her compelling tale. The Fairy Godmother said, “I’m so sorry. Can I give you a big hug?”

She Created Joy from a Sad Moment

Janice was so touched by the encounter that she wrote a letter to the Disney character and published it on Facebook, where it was shared thousands of times. The story got enough attention to spread joy to other grieving parents, who felt a renewed sense of comfort and support.

After being married for 6 years, Janice and her husband Stefan, a member of the military, were overjoyed to learn that they were expecting a child. But soon, they learned through ultrasounds that their child had a rare genetic disorder. Janice’s daughter was born premature and without the full use of her kidneys or heart.

Although these parents went through extreme hardship, their story spread joy to many people who needed it, and for that they are grateful. “I don’t want anyone to feel alone,” Janice told People magazine. “At some point in our lives, we could all use a fairy godmother.”

These photos should serve as a great reminder that the characters at the Disney parks are not just there to take photos with. When a child can have a personal experience or strike up a conversation with one of the character performers, they just might create memories that will last a lifetime.

He Had a Difficult Time at the Park

This young boy, Brody, is on the autism spectrum and that causes him to have intense reactions to everyday things. The heat of the Florida sun and muggy weather would make anyone a little on edge, but it caused him to have a tantrum. Luckily, he got the chance to take a break with someone he admired.

She Let Him Sit With Her While He Calmed Down

Snow White calmly and patiently let Brody get away from the crowd and lay his head on her lap. She gave him her time so that he could have the same kind of fun and sense of wonder as other children who visit Disney World get to experience.

This time was just what he needed and soon the two of them were able to have a poignant moment together. Brody’s mother and Disney photographers captured the beautiful moment and shared it with the world via Facebook, where thousands of people delighted in the pure expression of joy that Brody had in that moment.

They Took a Stroll Through Fantasyland

Instead of just taking a photo, Snow White grabbed the young boy by the hand and led him on a stroll through the park, bypassing the crowd and leading Brody through the colorful streets of the theme park.

They Were Fast Friends

Soon enough, Brody forgot that he was upset and he had fun again, giving his family a great experience as well. His mother posted a message to the actress who portrayed Snow White on Facebook as well, which read, “My heart is full. We will never forget this moment.”

His Favorite Princess Made His Day

Instead of remembering the day for its difficulties, Brody and his parents will now remember the one-of-a-kind experience they got to be a part of. This performer went out of her way to make sure each and every child she met with that day had a unique and lovely experience.

Another Child Had the Same Experience

Another child had a similar experience when visiting Disney World in 2016. Mother Amanda Coley shared a touching video of the moment her autistic two year old son, Jack ‘fell in love’ with the actress portraying Snow White and the pictures are positively heartwarming.

Cinderella Chats With Her Lookalike

For this young girl’s birthday, she got the experience to dress up as her favorite princess, Cinderella. As she walked alongside her parents, she was stopped by Cinderella herself at the wishing well. The two doppelgangers chatted for a solid 5 minutes while the young princess thought over her wish.

A Father In Need of a Kidney Visits the Parks

60-year-old Rob Leibowitz took his five children to Disney World for a nine day vacation. Before taking this trip, he found out that he was in desperate need of a kidney transplant. Because of his chronic kidney disease, it was likely that he could die without a transplant.

His Genius Method to Spread the Word

Every day during the nine day trip, Rob Leibowitz wore the same t-shirt, which read “In Need of a Kidney. O Positive” followed by his phone number. He knew that his chances of being seen were much higher at a park visited by hundreds of people every day, but he had no idea what his luck would bring...

The Shirt Was a Success

While Leibowitz was walking around the park with his kids, a woman noticed his shirt and asked if she could take a picture of it. She posted it on Facebook and within 24 hours the post had over 30,000 shares. Leibowitz got calls from strangers across the country and soon, he found the match he was looking for.

He Found a Match

This story had an incredible ending! Thanks to a trip to Disney World, Rob Leibowitz successfully received a kidney transplant from a man from Fort Wayne, Indiana named Richie Sully. The two of them are now good friends who bond over their shared experience of being single fathers.