20 of the Funniest Reactions Men Have Had to Becoming Fathers 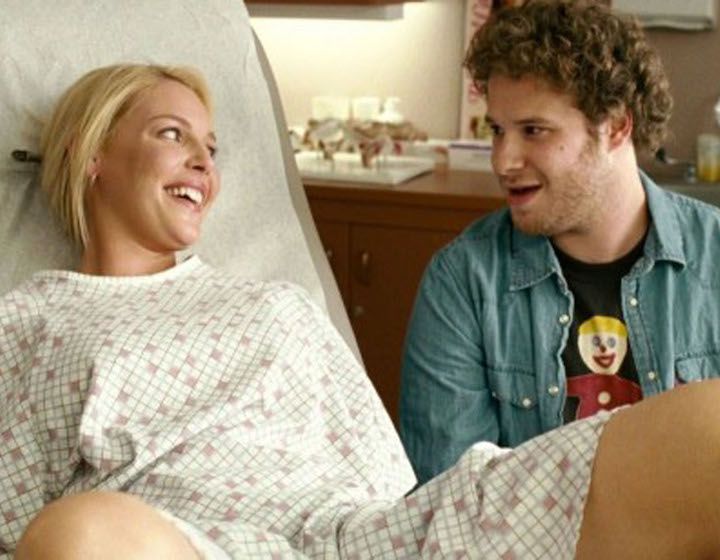 Father's Day is painfully close. To celebrate the big day, we've compiled 20 of the funniest reactions men have had to becoming fathers, all shared on Reddit. Click through to see all of them, mostly unedited.

"My son's father is a very well-educated, well-spoken man. He was with me in the hospital room when I gave birth, and the first thing he said after seeing our son for the first time was: 'OH MY GOD! Look at his balls!'" – kaytINSANE

"I've been told that my dad's response to my entering this world was 'IT'S A PERSON.'" – Shaarox

"I was born in the '80s and the ultrasound technology wasn't that great. What my parents didn't know was that instead of one baby there were two. Our hearts were beating at the same time and they could never tell the sex so they thought it was just one giant baby. So, I come out. Then my mom says 'doc, I still feel pain' and he looks and says 'I see another head!'. Apparently my father said 'what the fuck? who's baby is that?'....and then my sister popped out. They were obviously floored." – GinGimlet

"According to my parents, I was a super fast delivery. Like so fast that the doctors/nurses had stepped out of the room to go attend to someone else and my mom grabbed my dad and told him to get ready to catch me. My dad didn't even have time to put on gloves and had to catch me, baby gunk and all. Apparently he smiled, passed me to the nurses (who came rushing in), kissed my mom on the lips, then leaned over and vommed everywhere." – rangharad

Pull yourself together, man!

"A buddy of mine just cried the whole time hid twins were being born. He was 25 at the time. His wife was rather unamused." – octopussphincter

How nice of him

"My own husband during my first C section.....the doc asks if he wants to look over the curtain at the baby being delivered. He looks over. Looks back...with a look of horror. 'What's wrong?' 'Your insides......are on your outsides.' I will never forget the look on his face or the sound of his voice." – baconwastaken

"When I was born, they took me off immediately to clean me, take my footprints, bundle me up, and whatnot. I guess the two nurses were in a bit of a hurry and were doing both at the same time and managed to get a print of my left foot twice instead of a left and a right. Apparently upon seeing the prints he became extremely distressed and literally ripped the blanked off me to make sure I didn't ACTUALLY have two left feet." – mollydog21

"When my mom gave birth via C section to my brothers and I (triplets), the doctor asked my dad if he was okay watching the operation. My dads response? 'Oh yeah it just looks like you're gutting a deer'" – mcas4847

"My father, up until I was born, had not ever seen a newborn baby. Naturally, he assumed that all babies looked like they do in movies or commercials. As you can imagine, he was quite disappointed when an alien-looking thing is handed to him and introduced to him as his daughter. He handed me back to the doctors and went outside for a smoke to calculate how much all of the plastic surgeries were going to cost." – OHHxbby

"When I was born after 13 hours of labor my Dad looked at my full head of black hair and blue eyes, looked at my mom and said 'are you SURE she's mine?' My grandfather was the one the nurses let carry me back to my mom post clean up and when my mom asked if I was ok he said 'Yeah I don't think the extra 2 toes will be a big hindrance' which led to my mom frantically tearing the blankets off to check my toes. Basically the men in my family are dicks." – Insert_Stock_Photo

I'm sure that was comforting

"'They are ripping you apart' is what my husband said [during my C-section]." – ashpotatoes

"At a forceps delivery last night: the dad to be was so horrified/impressed by the amount of pain his wife had gone through during her labour that he phoned up his own mum to say 'thanks'!" – chocolate_teapot

Is your name Doo Doo Head?

"My dad is a carpenter and was at work when he was told that my mom was in labor with me. His reaction? He went into a shocked stupor and accidentally shot his thumb with a nailgun. And that's the story of why my (then 11 year old) sister had to fill out my birth certificate." – [deleted username]

"My friend told me his story: He was born with the umbilical cord wrapped around his neck, so he was a little purple when he was born. His mom couldn't see what he looked like. His dad told her: 'He looks like a California Raisin.'" - troy2112

"A story comes to mind of a friend, who when his son was born, just started crying hysterically and hugged everyone, the doctor, nurses, he even ran out into the hallway and hugged people visiting other patients. Always makes me smile when I think of it" – Void23

"My dad went to the hospital to visit me and my mom at the time. After hearing a baby screams so loud you could hear it from the elevator, he turns to the nurse with a silly grin on his face and tells her: 'Well this one has quite the vocal chords! I'm feeling sorry for his parents already!' She turns to him and tells him, trying not to laugh: 'You'll tell me: It's yours.'" – batouchu

"When I was born, my father (who is a gynecologist himself) came from watching me do my big entrance (or exit, depending on how you look at it) and said to my mom, '... You're not going to believe what you just did.' I was over ten pounds at birth." – joliedame

"I was a C-section baby. A couple of years ago, the topic came up with my parents while drinking. I mention that is sounds kinda gross. My father looks me right in the eye and say, 'Have you ever seen Alien? It was just like that.'" – DizeazedFly

That's thinking one step ahead

When I was born, my dad pulled out a Sharpie and drew a star at the bottom of my foot. To make sure they didn't lose me. – amazamy