A Girl Boards a Plane With a Stranger And 15 Years Later, She is Met With Surprise

Camila Villafane
A Girl Boards a Plane With a Stranger And 15 Years Later, She is Met With Surprise February 18, 2020Leave a comment 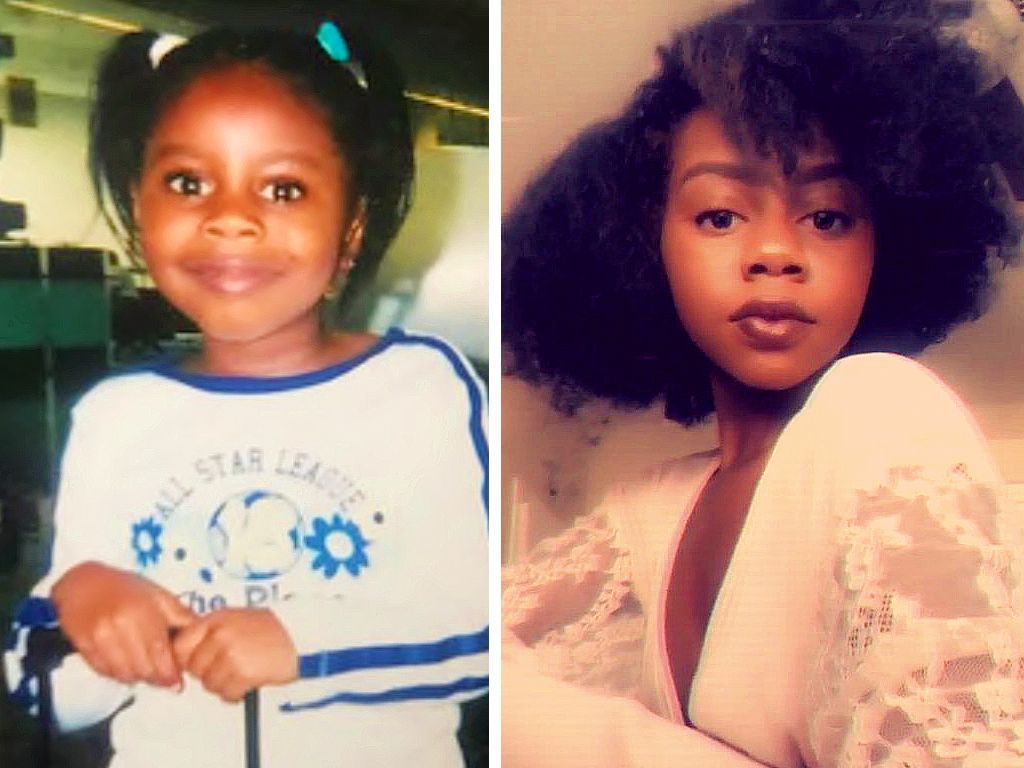 As a mother, Zainab Sesay wanted what was best for her daughter, Maya Hughes. She wanted her to have a connection to her background and her heritage. So, she took her to Sierra Leone, which is where she was born. But an emergency forced her to send her daughter back to the U.S. immediately. Fifteen years later, the loving mom was finally able to track down the kind stranger who accompanied her daughter on her plane ride home. But why did she go through all that trouble?

She Felt Connected to Her Homeland

Zainab Sesay was born in Sierra Leone, but moved to the United States when she was 11 years old. But she always felt a strong connection to the country she left behind all those years ago. Then one day, she realized she couldn’t ignore the urge to return to her homeland any longer. The only problem was, things wouldn't go the way she expected when she brought her daughter on the trip with her.

She Had a Good Life in the States

In 2003, Sesay decided to return to Sierra Leone, but leaving behind her life in the United States wasn’t easy. She had tons of friends, an amazing career, and most importantly, a family. She was working at Northrop Grumman at the time and considered it the best job she ever had. But she was ready to give it all up... or so she thought.

She Wanted to See Her Grandmother Again

“It was a very daring move, to say the least,” Sesay told VOA. She wanted to go back home for plenty of reasons. Most importantly, she wanted to reunite with her grandmother, and she wanted her 5-year-old daughter, Maya Hughes, to meet her too. “The trip was solely to take her back to learn of my heritage and my background,” she explained. At that moment, Sesay wasn’t sure if they’d ever return back to the United States. But things soon changed in the blink of an eye.

They Had No Plans to Return

Sesay and her daughter finally got on a plane and left their old lives behind. They had no plans to return to the U.S., but things didn’t go as planned after they arrived at Sierra Leone. For starters, the transition was harder than she had expected, as everything she knew about her home had changed.

Culture Shock Was a Nightmare

Sesay's daughter was young and she had trouble adjusting to her new surroundings. But Sesay was having trouble adjusting too, because her country had changed so much since she left. They eventually started to feel at home. But four months later, something horrible happened...

It Wasn’t Safe for Her Daughter

Sierra Leone had just recovered from a civil war, which made the girls' living situation really difficult. Then, one night, there was a fire in Sesay's daughter Maya Hughes's room. Fortunately, the little girl was too young to remember much about that terrible moment. The fire was absolutely traumatizing. And then, unfortunately, Hughes had a medical emergency and needed to see a pediatrician immediately. That was the final straw for Sesay, who decided she needed to get her daughter out of the country as soon as possible.

Her People Refused to Help

The only problem was, Sesay couldn't take her daughter back to the U.S. on such short notice. Sadly, she needed to let her young daughter fly home all by herself. As you probably know, most airlines don't allow children to travel without an adult. So, at Lungi International Airport, Sesay asked complete strangers if they could take her daughter to the U.S. with them. She asked people at the ticket counter, “Is anyone traveling to America? Can my daughter accompany you?” Everyone just made different excuses as to why they couldn’t help. So, Sesay desperately turned to the airline ticket taker for help.

She Bribed a Ticket Agent for Help

Sesay slipped the airline ticket lady something to get her to tell who on the flight was heading back to America. The agent pointed to Tom Perriello, an American who was working as a lawyer in Sierra Leone. But when Sesay approached him to ask for an incredibly big favor, things didn’t go the way she had hoped...

He Shot Her Down Right Away

Perriello told MSN about how he felt when Sesay had first approached him with her crazy request. "Of course my response was, 'Um no, and may I repeat, heck no.'" But when she persisted, he told her why he was so adamant about saying yes.

He Was in No Condition to Care for a Child

Perriello explained to Sesay that he had just lost his grandmother and wasn’t in the right state of mind to accompany Hughes on the plane. But when she told him why her daughter needed to return to America, the man couldn't help but feel like he needed to help her.

Hughes Was Inconsolable on the Trip

Perriello and Hughes boarded the plane, but the trip wasn’t direct. They made a stop in Côte d'Ivoire, and a second stop in Brussels, Belgium. The little girl cried the entire time, but Perriello didn’t regret agreeing to help. In fact, he did everything he could to keep her calm.

He Sang to Her in a Foreign Language

"I was just crying and crying. And he was trying to calm me down," Hughes told CBS News’ Dana Jacobson. "He was singing to me on the plane. I remember that. He was singing in Krio." But at the time, she didn’t realize how complicated the trip was for Perriello.

The Trip Home Was Tough

"So this was a long and complicated journey that frankly had plenty of drama and complications along the way," Perriello told CBS News. "It wasn't that I knew one song, it was just basically one verse over and over again for about an hour." And the good deed would end up costing him dearly.

When the plane landed at Dulles Airport in Virginia, Perriello reunited the little girl with her grandmother. Unfortunately, he wasn’t able to make it to his connecting flight in time and ended up missing his grandmother’s funeral. Fortunately, Sesay had better luck reuniting with her daughter.

They Never Forgot About Him

Sesay finally reunited with her daughter in America a month later, but they always wondered about the kind man who had done them the biggest favor of their lives. They wanted to thank Perriello, but it would be another 15 years before either of them got the chance...

Sesay Went Looking For a Ghost

"For 15 years, I felt like I've been looking for a ghost, a person that didn't exist," Sesay told CBS News. She didn’t know the man's name, but in an unbelievable turn of events, she realized that her cousin worked with him and after hearing the story of what happened, she finally learned Perriello was the man they had been looking for.

With the help of her cousin, Sesay was able to reach out to him by email, and it turned out that he remembered Sesay and her daughter, Hughes. He also remembered singing to the little girl in Krio to calm her down.

Sesay and Hughes arranged a reunion with Perriello in New York City. And they had a lot to catch up on. For starters, Perriello had gotten into politics. He led the advocacy efforts of the Center for American Progress and was a congressman in Virginia. He was also a special envoy to the Obama Administration. But there was something that was still haunting Sesay after all these years...

She Felt Bad About Perriello’s Sacrifice

Sesay learned that Perriello had missed his grandmother’s funeral because of the amazing favor he did for her daughter, Hughes. “I was so saddened,” Sesay told VOA, about his sacrifice. But Perriello isn’t holding a grudge.

He Was Happy the Little Girl Was Okay

“One of the craziest experiences of my entire life is now a Twitter thread— and I could not be happier to know you are shining bright,” Perriello wrote to Hughes in response to her Twitter thread detailing her experiences as a child.

Hughes Found Perriello and Got Closure

"I think it's the start of something else. I want to call it closure, but it feels like a new beginning 'cause I re-found him," Hughes told CBS News. But she wasn’t the only one who was grateful to him.

She Can Never Thank Him Enough

"I can never thank him enough. No matter what I do from this point forward, it will never be enough for what he did," Sesay told CBS News. As far as Hughes is concerned, Perriello did more than save the day.

Things Could Have Turned Out Very Differently

"I don't want to cry, but I'm really emotional about it, 'cause I feel like he saved my life, because, if I would have stayed, it's, I don't know where I would have been," Hughes told CBS News. She couldn't help but wonder if fate had put her in this kind man's path.

They Were Destined to Meet

"I think it was destiny 'cause it could have been anybody, and anything could have happened and he brought me back here. So, I don't think I can say thank you, really," she told CBS News. But Perriello would do it all over again if he had the chance.

"You have lots of reasons to say no to something and there are moments to say yes. And I'm really glad that I did in that case as crazy as it was," Perriello told CBS News. He might not have worn a cape or flown under his own power, but to Sesay and Hughes, he will always be a superhero.