Who Were Henry VIII’s Six Wives? 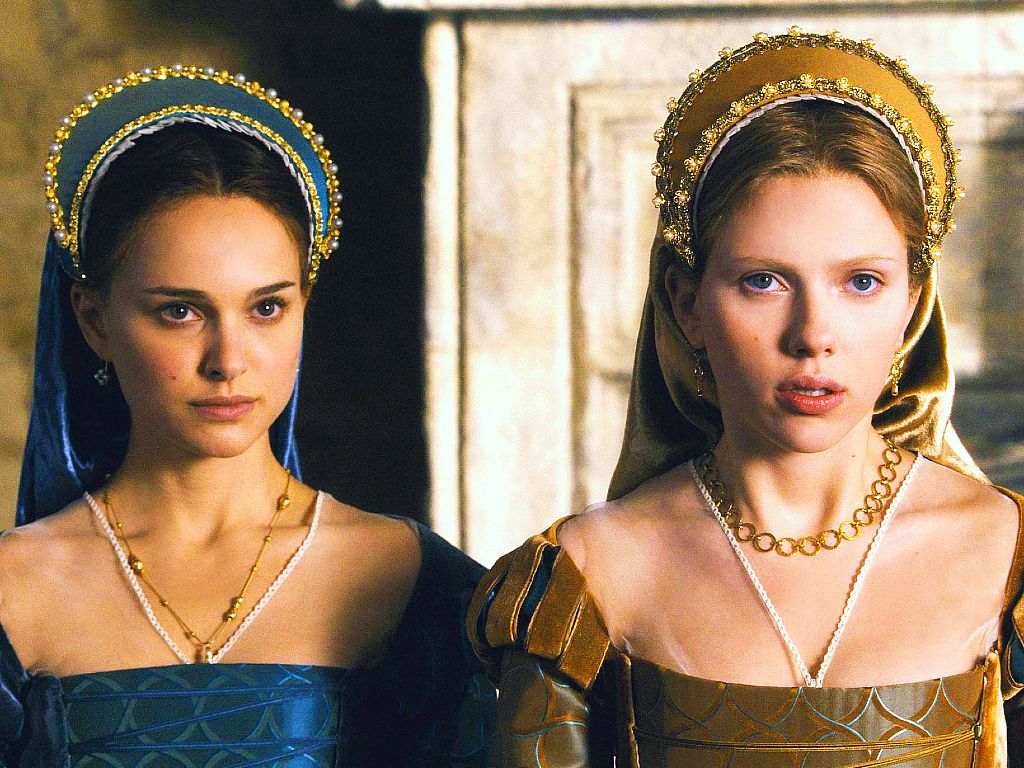 Divorced, beheaded, died, divorced, beheaded, survived. These were the fates of the wives of the notorious Henry VIII. You may remember learning about the English king in history class and that he was the monarch's most brutal and merciless ruler that famously had six wives. But who were the real women married to the 16th century tyrant and what were their stories?

Who Exactly Was Henry VIII?

Henry Tudor was a 16th century King of England and is known for being a ruthless savage. He actually wasn't first in line to the throne in his family. His brother, Prince Arthur, sadly died before he was installed as king. Arthur's death meant that his 10-year-old brother would be the next king; a role he would have for 38 years. Not only did Henry obtain his brother's job, but he also married his wife.

Catherine of Aragon was a Spanish Princess who was married to Prince Arthur (Henry's brother) at the time of his death. At the age of 16, she was a widow and lived in a strange land knowing very little English. Years following her husband's death, at the age of 23, Catherine married her brother-in-law and future King of England, Henry, when he was just 17 years old.

She Was Mother to the First Ever Queen of England

Married for 24 years, Catherine of Aragon was the woman that was married to Henry VIII the longest and is known as the person who taught him how to be king. A fearless queen, she even rode into battle in full armor while she was heavily pregnant. She was the mother of the first Queen of England, Mary I, who is notoriously referred to as "Bloody Mary" because of her appetite for starting rebellions.

She Owned a Pet Monkey

The Tower of London Menagerie housed many wild animals back in the 16th century, which allowed the Tudor family to own their own array of wildlife pets. As well as lions, tigers and elephants in the zoo, the Queen of England owned her very own pet monkey whom she posed for a portrait painting with.

From Their Divorce Grew a New Religion

After 24 years of marriage and no sons, Henry blamed his matrimony for his lack of male heirs. He claimed that since his wife was married to his brother, their marriage was invalid. When the Pope refused his request for an annulment, Henry began his own religion, Protestantism, which not only justified divorce but introduced it for the very first time.

Anne Boleyn met Henry VIII while she was lady-in-waiting (the Queen's personal assistant) to Catherine of Aragon. Ironically, Henry already had an affair with Anne's sister before he was interested in Anne, all while he was married to his first wife. It's reported that when Anne caught the king's eye, she refused to have a relationship with him unless he married her, thus another reason he needed to get divorced.

She Was a Vivacious Sportswoman

History tells us that Anne Boleyn had a huge passion for sports. She is documented as being an avid archer and a skillful horsewoman, accompanying her husband into the woods for hours on end hunting hawks and deer.

She Was the Mother of Queen Elizabeth I

Anne Boleyn was the mother of the famous Queen Elizabeth I who reigned as ruler of England for 44 years. Queen Elizabeth I was the second queen to rule England and is famous for establishing Protestantism in the country, which still exists today, as well as promoting peace in a previously divided country of Catholics and Protestants.

She Was the First Queen of England to Be Publicly Beheaded

Boleyn's sad fate came after her husband lost interest in her because she also couldn't give him a son. To add insult to injury, the king accused his wife of adultery and after her imprisonment and trial, she was sentenced to death. In 1536, she was executed in front of her subjects in London after giving an emotional speech, complimenting the king on being gentle and merciful.

No, not the Hollywood actress, but the third wife of Henry VIII. According to historical sources, Seymour was described as overly submissive and not the brightest bulb in the box. However, behind the quiet persona was a woman calculating a plan to become queen and at 27 years old, when she met the king, she was considered old by the standards of the time.

She Was One of Anne Boleyn's Ladies in Waiting

Jane Seymour was another lady-in-waiting that locked eyes with the king while he was married. She wasn't only Anne Boleyn's personal assistant but she was also lady-in-waiting to the king's first wife, Catherine of Aragon. The pair tied the knot just ten days after Boleyn's death sentence and it's believed that Seymour was one of the reasons for her untimely execution.

She Gave Birth to the King's First Male Heir

Jane Seymour was certainly under a lot of pressure to give Henry a son considering he divorced and killed his previous wives who couldn't give him what he wanted. After all, Henry's primary reason for getting married was to produce a male heir, so the spotlight was on his third wife to fulfill this wish. Luckily for her, she delivered a son. However, this joy would be followed by her tragic fate...

She Died 12 Days After Giving Birth

Just 18 months after her marriage to the King and 12 days after the birth of their son, Prince Edward VI, Jane Seymour died following complications of childbirth. She was the only wife that Henry gave a proper queen's burial to because of the honor she brought him by giving birth to a male heir.

Anne of Cleves was a German Princess who was Henry VIII's fourth wife. She was married to him for a mere six months, the shortest of all his marriages, when she was 24 years old and he was 48. Anne didn't bare any children for the king and according to her, the couple never consummated their marriage.

She Was Considered the Least Attractive of All His Wives

Henry VIII pursued both Anne and her younger sister as potential wife number four, but was more attracted to Anne's portrait that was sent to him before they met, rather than her sister's. However, when they finally did meet, Henry was catfished! After their meeting Henry said about Anne, "I liked her before not well, but now I like her much worse."

She Was Already Engaged When She Married the King

The king married Anne of Cleves to secure a political alliance with her family as both kingdoms were in conflict with the Pope. However, Anne already had a pre-existing marriage agreement with another English monarch that Henry insisted was grounds for a divorce. Anne readily agreed to the divorce and was given a generous settlement as a reward.

She Outlived Henry and His Other Wives

As their marriage lacked a romantic connection, it was easy for the pair to remain close acquaintances. Anne maintained a close relationship with Henry and his children after their divorce, and was even given the name "The King’s Sister." She died at the age of 42, outliving Henry and his other wives and despite their divorce her grave reads "Queen of England."

A noblewoman from London, 16-year-old Catherine Howard married the 49-year-old king just three weeks after his divorce to Anne of Cleves, making her his fifth wife. Howard was actually a first cousin to Anne Boleyn but worked for Anne of Cleves and lived in her household when she caught the king's eye. Howard is known to have been a high-spirited young woman with a colorful sexual past.

In an attempt to tame and mold the lively adolescent into a civilized young woman, Catherine’s uncle, a high ranking politician in the king's court, helped her to land the job as maid of honor to Anne of Cleves in her wedding to the king.

She Was Several Years Younger Than Her Step-Daughters

At the time of her marriage to Henry VIII, Catherine was just 16-years-old while her step-daughter Mary was in her mid-twenties. She had also become step-mother to seven-year-old Elizabeth and three-year-old Edward and undoubtedly found this new role of "step-mom" to be very challenging.

She Was Beheaded for Treason

History tell us that Howard was a wild child with a chaotic upbringing whereby she lacked mature guidance. We also know that she had a colorful sexual history and when the king discovered her illicit past she was charged with treason without trial. Catherine was also accused of having an affair with her cousin and was beheaded just 18 months after becoming queen.

Catherine Parr was an English noblewoman who had been married twice before meeting the king. She was also childhood friends with Queen Mary I and married the king when she was 31 years old, making her the king's sixth and last wife. Interestingly, her mother was lady-in-waiting to the king's first wife, so she named her daughter after Catherine of Aragon.

In 1545, Catherine wrote "Prayers or Meditations," a compilation of prayers and selected texts assembled by her for her own personal devotion. It is the first book to be published by an English woman without anonymous publication or the act of publishing under a male pseudonym.

She Was the Most Trusted of All the King's Wives

Henry VIII put all his trust in his sixth wife. When he went to war, he appointed her as his successor in the case of his death and named her Queen Regent. Her step-children also took a shine to her and she continued to care for them after their father's death. Catherine also passed a law that made the king's previously illegitimate children (through divorce) legitimate again.

She Remarried Four Months After the King's Death

When Henry VIII died in 1547 at the age of 56, his widow waited four months before marrying her fourth husband and alleged true love, Thomas Seymour. Does the name ring a bell? That's because Catherine Parr's new husband was the brother of Jane Seymour— Henry's third wife. It is believed that Parr and Seymour were lovers before she married the king, and a year later she gave birth to her first child.