Camila Villafane
Here’s What Your Zodiac Sign Says About What Kind of a Friend You Are November 19, 2018 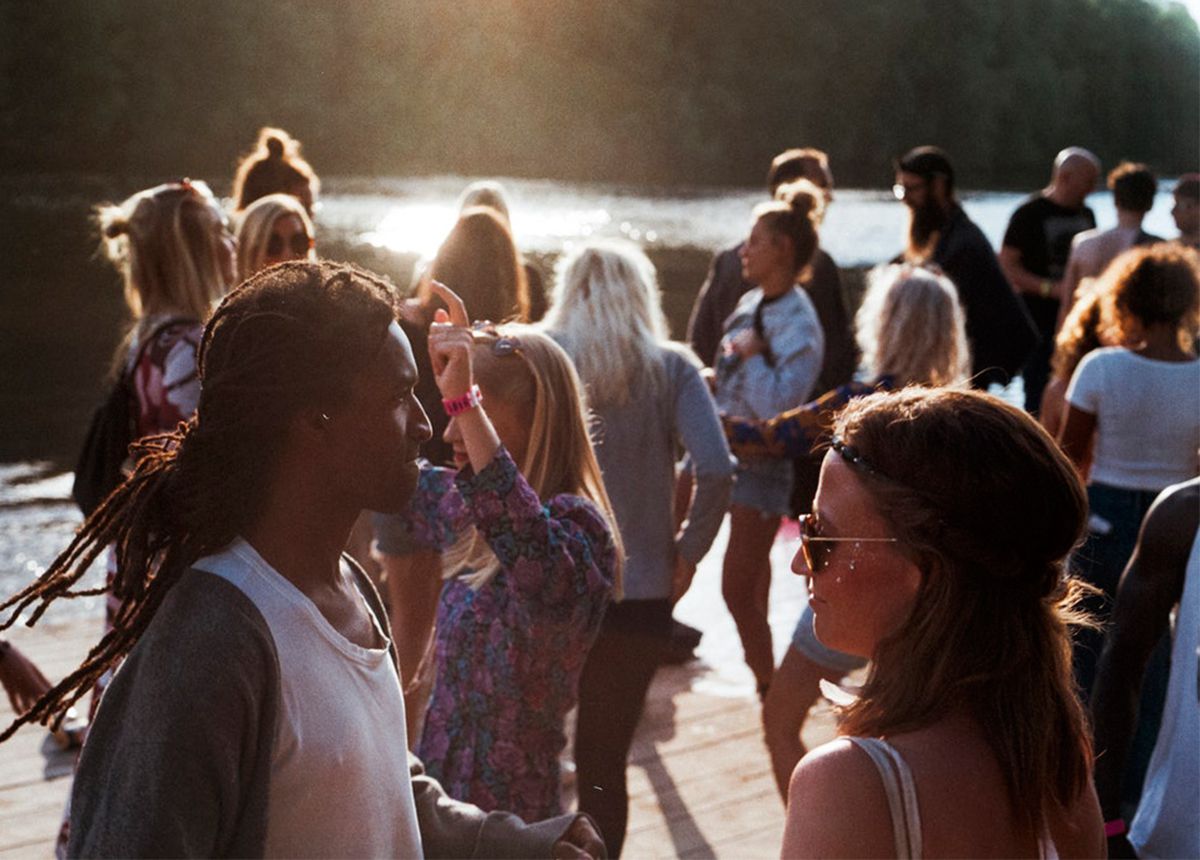 Are you a good friend? Or are you a totally sucky one? Or maybe you’re not much of a friend at all. So how can you tell? You can ask your so-called buddies to know. But do you want to be sure? Really sure? Well, here's where you can find out. So learn what kind of friend you are based on your zodiac sign...

Aquarius are generous souls who would take the clothes off their back and give it to a friend in need. They also provide a shoulder to cry on when their friends need one, which makes them the best type of people to confide in.

Major clingers beware! Aquarius are great friends, but are also super independent. So, they prefer to hang with self-sufficient people who also like to march at the beat of their own drum. Do you know what kind of friend you are based on your Zodiac? Keep digging. You'll be hella shocked.

Pisces: Lifelong Friendships Are Kind Of Their Thing

Pisces are soft-spoken, sensitive and a bit guarded. But once they drop their shields, they’ll bond with their friends in such a deep way, they'll feel like they've found their life twins. Piscis signs are also the whole package. In a way, they're kind of like Carrie, Miranda, Charlotte, and Samantha all combined into one person.

Best Of All? They Put Others Before Themselves

Pisces will drop everything they’re doing to help a friend out, no matter what. They’ll put the needs of others before their own because they’re major empaths. It’s what makes them such amazing friends.

Aries: They Have A Built-In Lie Detector

Aries signs can detect a lie from a mile away. If anyone tries to deceive them, it’s “Bye Felicia!” even if they've been friends for ages. If you're the friend of an Aries, then you probably already know how much they value transparency and honesty.

But Aries Signs Are Also Quite Dominating

When it comes to picking someone up at a bar or planning a group vacation, Aries will always take charge of everything. They’ll even turn a simple project into a battle if someone challenges their authority.

Taurus have a calm and collected aura around them that’s so contagious. It’s why everyone is always trying to get into their circle of friends. They’re also extremely reliable when a friend needs someone to talk to, which makes them the best companion in life.

Only Problem Is, They Can Also Be Super Possessive

Taurus can be loyal and steady, but when their friends start to make other friends, they panic a bit! They worry their friends are going to leave them for someone better, so they get clingy and possessive at times, which can get a tiny bit annoying. But Taurus signs are so damn devoted, their friends let almost anything slide!

Gemini: They Bring People Together

Gemini uses the power of communication to bring unlikely friends together and mend rifts. They absolutely love to meet new people, and strike up a conversation with just about anyone. They know how to have a good time, and their personality is always so attractive. Well, most of the time.

Gemini’s attitude can change in the blink of an eye. When that happens, they’ll turn into Freddy Krueger over the slightest thing. But that's a small fee to pay considering Gemini signs are completely loyal and protective of their friends and loved ones, huh?

Cancer: They Befriend The Underdog

Cancers will befriend the odd ball in class who everyone’s afraid to talk to. They’re just friendly that way. They love to show their good side, especially to those who are socially stunted. Best of all? They're the best people to ask for advice, as they're often known as "the voice of reason".

Cancers aren’t big fans of hanging out at the mall or going to see a movie. At least not every single time. They would much rather host a party at home and invite a friend over for some quality one on one time. Gemini signs love to spent some intimate time with the people they love.

Leo: They Have The Best Attitude

Leos are warm and optimistic and can turn a totally boring moment into something special. It’s why they’re oh-so popular among their circle of friends. That and the fact that they always find a way to make themselves available when any of their friends need them. Plus, they love showering those close to them with compliments.

But Leos Also Don't Know When To Shut Up (Sorry!)

Leos love being the center of the universe, which can be both charming and a little obnoxious at times. This can be a problem when someone tries to get a word in on the conversation. They just talk, and talk, and talk until they leave everyone drained. But hey! It beats having to carry on the entire conversation by yourself, huh?

Virgos go with the flow. So, if a friend wants to go on a road trip, a bar, or rob a bank, they’ll always have their friends' backs. They rarely leave their besties hanging, as they're the type of friend that's pretty much like a sister or a brother.

But Despite Being So Easy-going, They Absolutely Hate Whiners

Virgos might be easy going, but one thing they have zero-tolerance for are friends who like to whine about how bad their lives are. They never come off as mean, but they will certainly give off an unsentimental vibe. They're critical thinkers who know pretty much exactly what to say whenever their friends are facing a problem.

Libras are total social butterflies. They just thrive when they're surrounded by people. They love the busy nightlife, good beer, friends, music, and the chaos. They're pretty chill people too, but if you're going through something, they'll immediately have your back, no questions asked. That alone makes them the type of "ride or die" friend anyone could use in their life.

But One Thing They're Guilty Of, Is Loving Gossip A Bit Too Much

Libras might not like it when people gossip about them, but they sure love to hear about everyone else’s problems. They don’t mind instigating by spreading a few rumors. They enjoy bringing chaos to order, until it comes knocking on their door.

Scorpios have a tough time trusting people at first. They would much rather build trust slowly with understanding. Once they achieve that, they’ll lock that friendship down for life.

At Times, Scorpios Do Enjoy Being Alone

Scorpios are major loners. They would rather be watching TV by themselves than have a friend over. But it makes sense. People often treat Scorpios like therapists. If this is the kind of friend you are based on your Zodiac, you wouldn’t want to open the door to anyone either.

Sagittarius: They’re The Center Of Attention

Sagittarius love adventures, so their friends often look for them when they want to have a good time. This sign is also known for not letting the night end anytime soon. So, expect them to be surrounded by a tight group of friends, ordering drinks until the bar closes.

Sagittarius may be a major blast to hang out with, but watch out! They’re super sarcastic and might take teasing a bit too far. Whoever said that pranks and brutal honesty hurt must have had a Sagittarius for a friend. But being so devoted and loyal to their friends totally makes up for it.

Capricorns are the ultimate hub of connections. They’re also extremely resourceful. This means they’ll be the ones doing all the planning and get-togethers with their friend because no one else seems able to get themselves organized.

But They Kinda Forget About Their Friends At Times

Capricorns are always looking for ways to get to the top. It’s their biggest challenge. To achieve it, they’ll go above and beyond to please everyone in their circle of friends. But they’ll forget about the ones who have hurt them. Once they feel betrayed, they can become pretty cold and unforgiving, particularly if said "friends" haven't acknowledged their wrongdoing.