Hot Mug Shots Of People That Are So Photogenic, They Look Like Models

Camila Villafane
Hot Mug Shots Of People That Are So Photogenic, They Look Like Models October 31, 2017 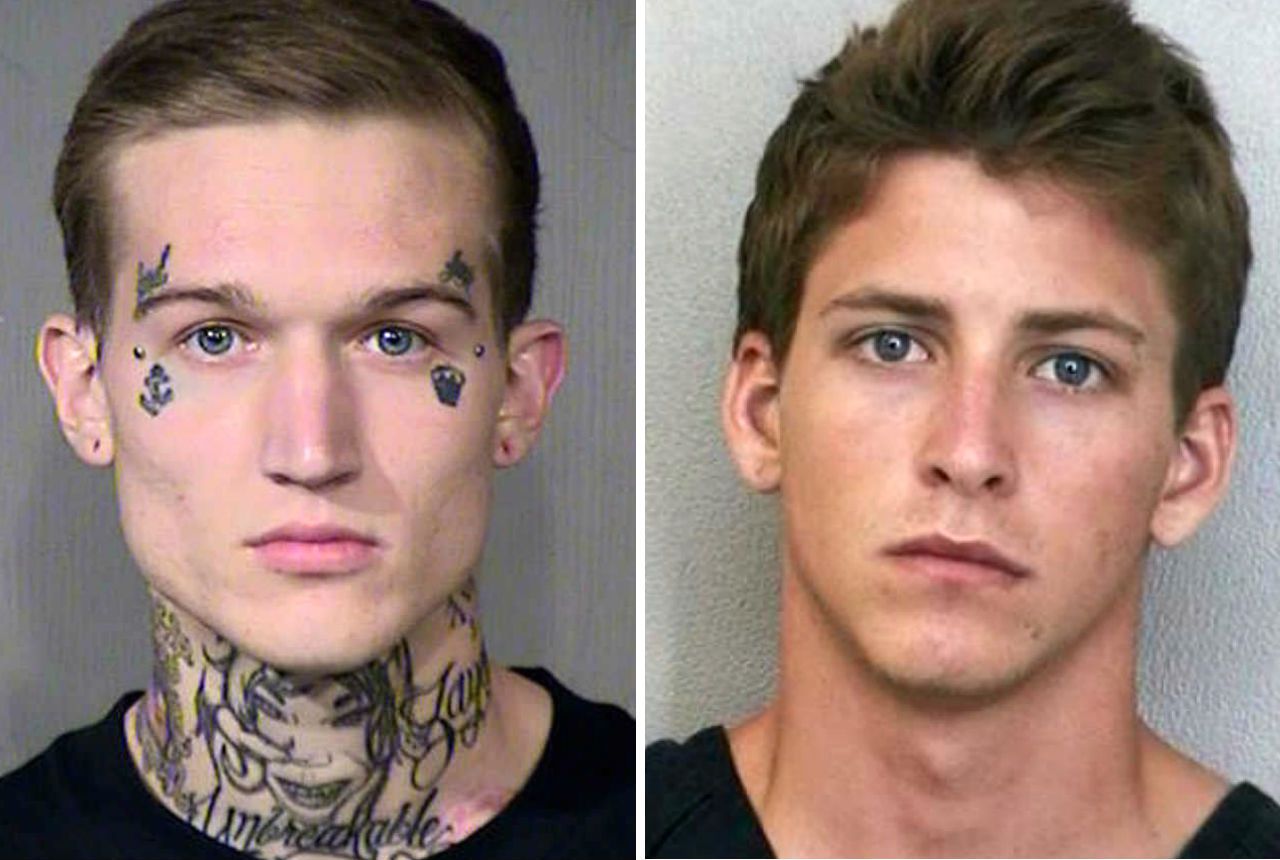 There's something about bad girls and bad boys that really gets us hot. And sexy people with hot mug shots are something we simply can't deny. Now, mug shots usually depict perps when they're at their very worst. But these guys and gals might as well be doing photo shoots. Because they're hot and dangerous.

I'm Not So Innocent

Whatever this sexy guy did, the Broward County Sheriff's office in Florida saw it fit to throw him in jail. We wouldn't mind getting a life sentence as long as we could spend it in this guy's cell.

Idaho women probably cried when they saw that the Ada County Sheriff's Office had jailed this cutie. With a smile like that it's impossible to see him as a criminal. Then again, he could be a serial killer.

There's one thing we can say about Broward County, Florida, men. They're quite sexy and look great with facial hair. But they're always so unavailable because their butts keep landing in jail.

The Boone County Sheriff's Office in Missouri must have felt like the inside of an Abercrombie and Fitch photo shoot when this sexy-looking guy with big brown eyes was taken into custody.

The Sheriff's Office in Maricopa County, Arizona, must have made a mistake. This adorable baby face is looking at us with those innocent dark eyes and forcing us to ask ourselves, is this the face of a guilty man?

Whoever this dude is, he's got some mighty fine perky nipples you could spend all day and night teasing, which is exactly what his cellmate was probably thinking when he was placed behind bars.

This inmate should get charged with being irresistibly hot. He probably incited a riot just by being good looking. Then again, can you blame someone with those big brown eyes and those dreadlocks?

So what if this convict looks like he owns a trailer? He's got a sexy goatee, adorable freckles, and eyes that just scream "ladykiller." Give mama a call as soon as you're out. We'll do lunch.

Deer Caught In A Headlight

We love it when a guy tries to play innocent, even when he knows he's guilty as sin. But unless this guy was charged with being the leader of a drug cartel, a murderer or a rapist, give him a pass.

Too Hot To Jail

This guy looks like a cross between a professional NFL player and Henry Cavill. What could his crime have possibly been? Is beauty a crime all of a sudden? This guy should get a modeling contract when he gets out.

Look Into My Eyes

When the Pinellas County Police Department in Florida took this guy in, they probably never imagined his baby face and beautiful green eyes would make women and men everywhere swoon. We'll wait for you, baby.

A 5 o'clock shadow looks so much sexier on a guy who's just been arrested. Oh, and you know that smile says he knows how to show you a good time, but don't make him angry.

If Looks Could Kill

He’s chiseled, blonde, has sexy green eyes and dimples you can't resist. OK, so he might be a killer for all we know, but if you only had 30 seconds to live, wouldn't you want to spend them looking at this guy?

In 2013, Maricopa Sheriff's locked this bad boy up and charged him with possession of marijuana, drug paraphernalia, and disorderly conduct. But we'll forgive him, cause he looks hot with all those tattoos.

Hot-people mug shots also include this Idaho bad boy whose criminal charges were not available. Not sure what he was in for, but he's a hottie. Hopefully the Ada County Sheriff's Office warned him not to drop the soap in the shower.

After being arrested for a DUI charge, the single mom from Florida learned that her mug shot was hot, it got turned into the "Attractive Convict" meme, and guys all over wanted to be her next suitor.

In 2014, Jet Magazine's Beauty of the Week was arrested in Dekalb County, Georgia for disorderly conduct. The Florida model is so hot that when her mug shot went viral, guys offered to pay for her bail.

The Osceola, Florida, resident was arrested and charged with driving under the influence without proof of insurance. But the 30-year-old still managed to smile like an adorable angel for her mug shot.

The former 2008 Miss El Paso, Texas, was arrested in El Paso for shoplifting a shirt from a clothing store. She's also signed with Laura's Productions, a modeling company in Texas, and we can see why.

She was about 18 or 19, but an incident related to possibly selling Xanax on the street and some shoplifting made her known the world over as the "Cute Mug Shot Girl." Is a career in modeling possible for the troublemaker? Only time will tell.

There's something wicked about this 24-year-old Arkansas #PrisonBae who was arrested in 2012 for kidnapping, robbery, and battery during a parking lot theft and later arrested for reckless driving too.

Her eyes and luscious lips might remind you of Angelina Jolie, but Sara Jane is a Floridian with several runs-in with the law. The latest shot was in 2013 after violating Parole in Brevard County, Florida.

She may have played a good girl on "The Vampire Diaries," but she was more like her evil doppelganger Katherine after being arrested in '09 in Georgia for exposing herself to cars on the side of the highway.

Rhonda looks like an angel, but looks can be deceiving after she was arrested in Palm Beach County, Florida, for probation violation. Regardless of her crime, she's just too cute to end up behind bars.

When Houston cops cracked down on the "Men's Club", they arrested this hot stripper and charged her with violating laws related to the sexual nature of the club. But never has sadness looked so beautiful.

Among the many hot-people mug shots is Gabrielle, charged in 2009 with drug possession. The then 19-year-old Floridian's shot went viral, not surprising given that guys love a bad girl who is eager for redemption.

The Arizona beauty was arrested for marijuana violation in 2012, and she must have been really high too in order to "smize" for her mug shot. Somewhere out there, Tyra Banks is eating her heart out.

Go back to 1967 and you'll get this mug shot that totally screams "If looks could kill, you'd be dead." Her crime involved shoplifting Chiclets from a dollar store just five days shy of her 22nd birthday.

Lindsay has been in and out of jail more times than most people get in and out of their cars. Fortunately, she looks absolutely fabulous in all of the mug shots and seems to have gotten her act together.