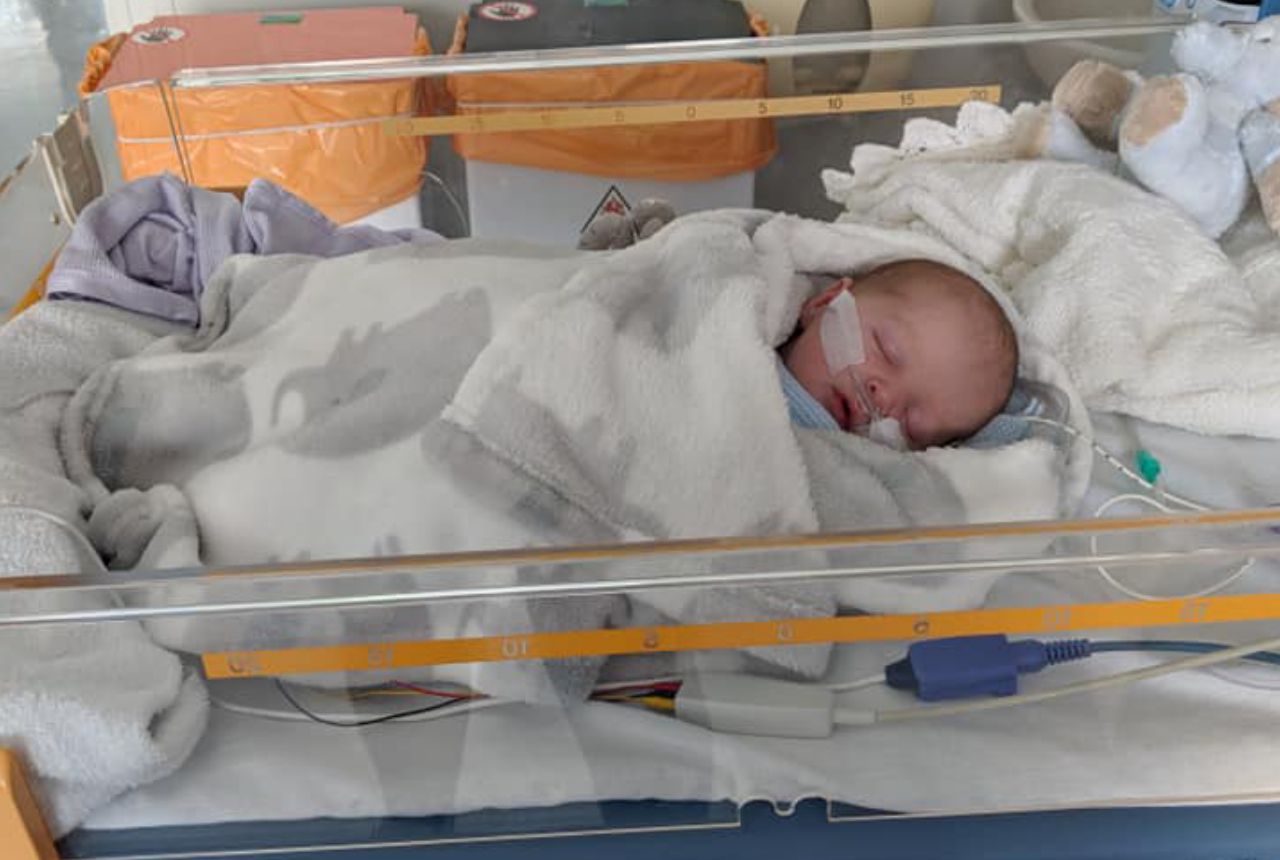 You might think there's nothing wrong if you want to kiss your newborn baby. Sadly, this isn't the case. When Lucy Kendall's beautiful little newborn baby first made his entrance into the world, he was absolutely perfect. She looked forward to spending the next few months cuddling and caring for him. But things didn't go as planned, as the tiny baby quickly grew ill with a completely preventable but deadly disease. So what was the culprit for his sickness? A wayward kiss from one of Kendall's friends. If you ever spend any time around new babies, it's important to know just why you shouldn't kiss them, and what can go wrong with a tiny immune system if you're not very careful.

A Child Is Born

Oliver Kendall was born to his parents, Lucy and Jaz, in August of 2018. The tiny newborn was absolutely perfect and in good health upon discharge from hospital, and his family was thrilled.

The tiny baby Oliver was absolutely adorable, and his mommy and daddy spent many hours caring for him. They were so excited to have their child, but they didn't yet realize what heartbreak was on the horizon.

Oliver did everything that babies should do. He enjoyed his milk, slept well, and began to get accustomed to life. Unfortunately, though, he was still very small, and very weak, when someone brought germs into his home.

Oliver spent plenty of time snuggled with his parents, which was absolutely fine. This helped his immune system to develop, as it allowed him a safe space to grow acclimated to the germs and bugs that we all carry on our skin.

Learning About The World

The tiny new baby's own pacifier and blankets were perfectly safe as well, as his parents took good care to keep everything sterilized. The problem came from an outside visitor, who brought more with them than expected.

A week into life, everything seemed to be going well for baby Kendall. But soon, his health was to deteriorate very quickly. Things were about to fall apart for this little family.

Little Kendall was a popular baby. Plenty of friends and family members came over to see him, and he got a lot of attention. Unfortunately, one person left him with a parting gift that he realyl didn't want.

At eleven days old, baby Kendall started showing strange symptoms. He began refusing milk, and developed an alarming fever. Not sure what else to do, his parents took him to a doctor - a decision which ultimately saved his life!

After a series of tests, baby Oliver was admitted to the High Dependency Unit (HDU) of a local hospital. He was fighting for his life, and nobody knew what had gone wrong, or why he was struggling. It wasn't until later that things became clear.

After eight days of watching Oliver in the HDU, the Kendalls finally got an answer from a doctor. Baby Kendall had herpes. His parents were absolutely shocked - they'd been so careful to protect him!

The Danger of Cold Sores

Oral herpes is a common illness that affects a lot of people. Symptoms include large sores around the face (called cold sores) that weep until they crust over and heal. Despite the name, oral herpes cannot be caught from oral sexual activity, as they're different to genital herpes.

Because newborns have such a weak immune system, herpes can be potentially fatal. For this reason, adults and children who've experienced cold sores should never kiss newborns. Even if you've never had any symptoms, it's safer to avoid mouth kisses, just in case!

But Lucy and Jaz Kendall couldn't understand how their baby had caught herpes. Neither of the pair carried the herpes virus, and nobody had kissed Oliver while he was at home. What could possibly have happened?

Unfortunately, there were plenty of ways that Oliver Kendall could have caught herpes. A visitor might have had a cold sore and not washed their hands before seeing him, or someone could have handled his pacifier without thinking. It's vitally important to watch out for all germs when visiting a newborn.

Oliver Kendall spent a full twenty one days in the HDU. His parents watched anxiously from afar, robbed of their cuddles with the newborn, as he fought day after day for his life. There was no way of knowing how things would work out.

Finally, after what must have felt like an eternity, the Kendalls were told that they could take their son home. The baby was past the worst of the disease, and so he no longer needed intensive, round-the-clock care. But that didn't mean his treatment was over.

Little Oliver was given a six month course of antibiotics to help him stave off the effects of the disease. His tiny body was still very weak, and his immune system couldn't cope with any more surprises. What's more, this disease will now be with the poor child for life.

Unfortunately, there is no cure at the moment for oral herpes. Symptoms will flare up at different times for various reasons, and there's nothing anyone can do except suffer and wait for them to go away. The good news is that cold sores aren't typically this dangerous for older children and adults.

The Road To Recovery

After quite an ordeal, little Oliver Kendall is finally back at home with his parents. The family had suffered a lot, but they're now able to move on with their life with this whole incident behind them.

Baby Kendall is smiling and growing and learning. His adventures will no doubt thrill and terrify his parents for years to come. If nothing else, take this as an important reminder: never kiss a newborn baby on the lips, and always wash your hands before holding them.