The World’s Most Dangerous Roads as Documented by Their Travelers

Camila Villafane
The World’s Most Dangerous Roads as Documented by Their Travelers December 9, 2020Leave a comment 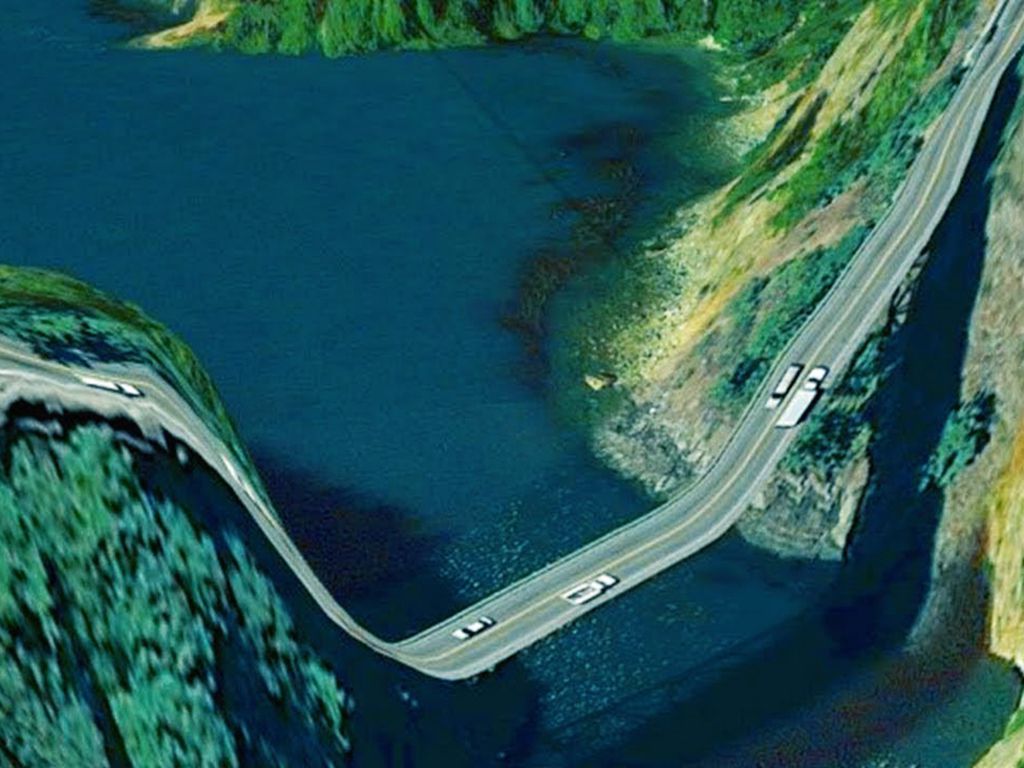 Roads come in all shapes and sizes. Some of them come with their very own dangers, too, like the ones on this list. The roads on this list have been deemed by travelers as some of the world’s most dangerous roads and with good reason.

Sharp turns, potholes, and slippery paths can turn any adventure into a funeral. Some of these roads are located in areas that are prone to landslides, making traveling across them extremely difficult. Some of these frequently traveled roads don't even have guard rails to protect drivers!

The Peruvian Andes are filled with wonders that can satiate any traveler’s deepest desires, but the Andes Road can quickly send chills down anyone’s spine when traveling by car because the roads are so narrow that only one car can travel at a time and there are no guard rails to keep a vehicle from rolling over the cliff.

The Chinese town of Guoliang carved a road on the side of the Taihang Mountains, which took five years to finish. But sudden drops and sharp turns await any driver brave enough to traverse the Guoliang Tunnel Road.

Florida’s been dubbed the sunshine state because it’s sunny almost all of the time, so on its own, the Seven Mile Bridge isn’t dangerous at all. But during hurricane season, people scramble to drive away from the Florida Keys before a tropical storm or hurricane makes landfall and anyone caught on this bridge during one of these storms could wind up injured or worse.

Unlike some of the other roads on this list, Norway’s Atlantic Road looks spacious and modern with guard rails and all. Unfortunately, the waves are grueling and can slam towards the road at any given time. So, a driver has to pay close attention to avoid an accident.

Le Passage Du Gois once claimed the lives of many people who tried crossing it using horse-drawn carriages. But even today’s modern cars are no match for this road when the water rises 13 feet high and submerges the entire two-and-a-half-mile passage.

India’s known for having lots of dangerous roads, and the Rohtang Pass is among the most dangerous ones. Why? Because the road is prone to landslides that can damage vehicles or in some cases force drivers off a cliff.

The Vitim River Bridge has been around since the Soviet Union was around and it’s made of planks of rotten wood. So, anyone driving across this 1,900-foot-long bridge can’t be a speed demon or they might damage the bridge and slide off into the icy waters below.

Vehicles traveling through Shantipur Road that connects the Rudrabeni and Ridi villages should be weary, especially for travelers who suffer from car sickness. The treacherous road has lots of unexpected drop-offs and deadly curves. And one bad swerve can send a vehicle off the edge of the cliff road.

The dirt road of the Pilcomayo Canyon in Bolivia is quite narrow and if we’re being honest, the road has seen better days, but sadly, the country has made very little efforts to fix it. And to add insult to injury, the area is prone to fog which reduces visibility.

Like most dangerous roads on this list, the Kishtwar Road in India’s Jammu region offers no rails to keep vehicles from riding off the cliff, which can happen since the road is made of only gravel. And to add insult to injury, landslides happen frequently after a rainstorm here.

The road leading to Ancient Thera in Greece is called the Kamari Serpentines and with good reason. The asphalt road offers 22 hairpins turns. Careful drivers have nothing to worry about, but given the incredible views of the sea, a distracted driver might find themselves driving off the road or crashing into another driver.

Cahills Crossing is located in Kakadu, Australia, and travelers consider it a tourist attraction. The path tends to get flooded and moody, making it difficult to cross. Even sturdy vehicles aren’t immune to the strong currents. And if that wasn’t scary enough, there are crocodiles lurking in the waters.

The Karakoram Highway that borders China and Pakistan is 800 miles long and it's full of terrible challenges that have cost drivers their lives. Some of these challenges include avalanches, landslides and flooding, but the region is known for heavy snowfall, which makes the road even more treacherous.

Alaska’s Dalton Highway is every driver’s nightmare. In fact, even the most fearless trucker won’t cross the 414-mile road during winter and with good reason. The unpaved gravel road becomes quite slippery and there aren’t any gas stations, eating establishments or hospitals for about 240 miles.

Authorities tend to close the Zoji Pass in the winter because snow has been known to form ice walls along the narrow path. The road has no rails to keep drivers from rolling off the steep cliff either. And if that wasn’t bad enough, the Zoji Pass is prone to avalanches that have left drivers trapped on more than one occasion.

The Stelvio Pass zig zags 9,000 feet towards the Italian Alps. There are 48 turns along the way that are sharp and deadly and the only thing keeping drivers from tumbling down the mountain is a concrete barrier that is barely high enough to keep a bike from rolling over.

The A537 road in the United Kingdom has been dubbed the Widow-Maker and for good reason. The beautiful scenery of the Peak District is so impressive that it has been known to distract drivers, which has led to fatal accidents as a result of those various sharp bends.

No barriers? Big problem. This winding road was built by miners back in the 19th century. It’s also made of gravel and extremely narrow. So, anyone trying to cross Skipper’s Canyon Road must get a special permit and most rental car insurances won’t cover a driver who’s gotten into trouble while trying to get across it.

The U.S. Route 550 is commonly known as The Million Dollar Highway because according to local legend, a female traveler once said that she’d only drive through it again if someone paid her a million bucks. And who could blame her? The road twists and turns through narrow curves and cliffs and worst of all, there are no barriers anywhere.

I-45 is full of curves and locals are always headed in one direction or another no matter what time of the day it is. But the reason why this interstate is considered the second deadliest highway in the U.S. is because analysts claim that approximately 56 life-ending accidents occur on this highway every year.

La Rumorosa Highway in Baja California, Mexico is a mountain pass full of unexpected turns and steep falls that are not for the faint of heart or inexperienced drivers. And since the highway is very narrow, those who have tried to pass trucks didn’t live long enough to regret it.

The Gotthard Pass is made of cobblestones but like many roads on this list, there are steep falls and dangerous turns that can creep up on drivers who are way too distracted by the beauty of Swiss Alpine in the background.

The road leading to the Kondaveedu Fort in Andhra Pradesh, India, requires drivers to travel up and down the pass and make sharp turns along the way. And since this is a popular tourist attraction, there are lots of vehicles, so distractions can often lead to accidents.

Traveling by car in South Sudan is tricky because many of the highways are still nothing more than dirt roads and that’s fine on a dry sunny day. But when it rains, these highways turn into mud that slow drivers down, leaving them vulnerable to bandits.

Papua New Guinea has tons of unpaved roads that tend to turn into a swamp when it rains, making it difficult to cross unless one has some sort of off-road truck. But that’s not the only danger that drivers face here. The crime rate is high so thieves that have been known to stalk drivers here, too.