People Who Had One Job But Failed Miserably

Camila Villafane
People Who Had One Job But Failed Miserably October 6, 2020Leave a comment 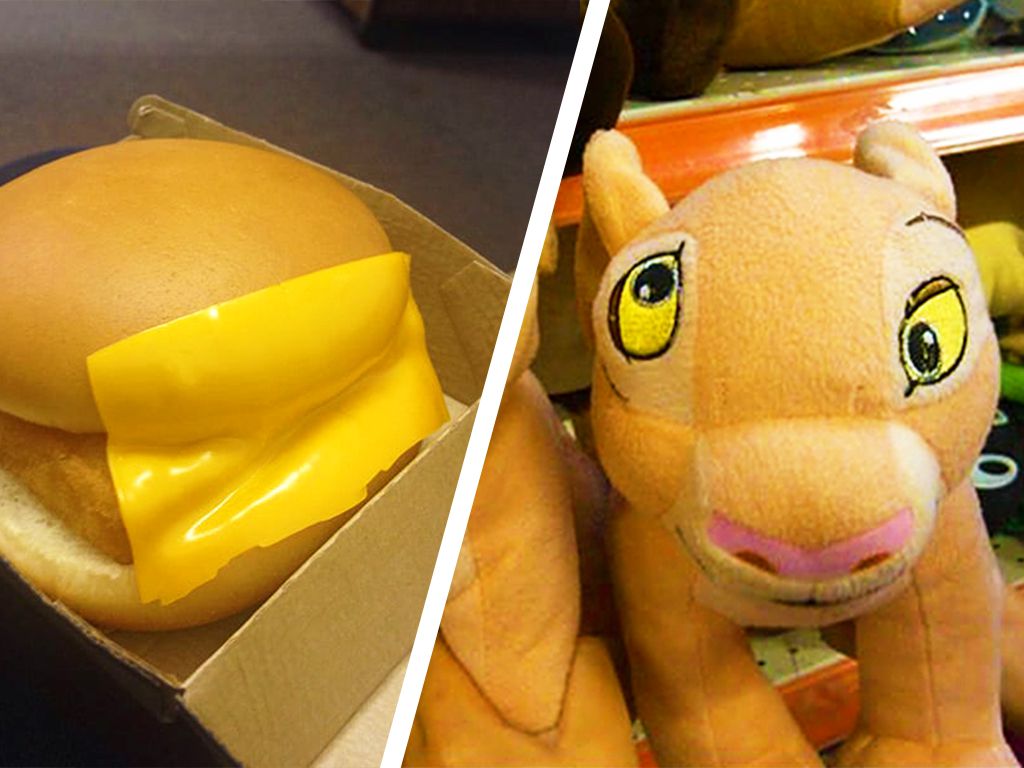 We have all had bad days at work where we epically failed at our job. Fortunately, no one typically has their smartphones handy to screenshot, photograph, or worse— take videos of our misfortune.

Sadly, the same can’t be said for these people who had one job to do and failed. So, sit back, relax and prepare to have your funny bone tickled with these hilarious job fails.

They Named the Wrong Continent

Looks like the person who designed this shirt needs to go back to school and brush up on their geography. That’s actually the African continent on that shirt, but the letters right underneath it say Asia. If it weren’t so laughable, we’d cry.

The Job Is NOT Well Done

Once a fortune cookie is baked and cools off, you stick the piece of paper in it through the slit on the end and you’re done. But this person left the fortune outside of the cookie, and the ironic part is that the fortune said, “The job is well done,” but we beg to differ.

There’s a Fork in the Road

Well it looks like someone was eating their lunch and accidentally dropped their fork. So, when the machine used to paint the yellow lines on the streets passed over this section, it left an imprint of the fork.

The Escalator to Nowhere

Do you ever feel like you’re on a road to nowhere? Well these people were on an escalator that took them nowhere, or more precisely a dead end. When the first guy stepped off the escalator, he ran right into a wall. Did a Disney villain design these stairs?

We’re not sure if this was intentional or not but someone placed a Happy Valentine’s Day sign right under this shelf full of zucchinis and I'm totally living for it. Clearly, they had to know what they were doing right?

This Bag of Ice is Popping

What’s wrong with this picture? Absolutely nothing if you're a sucker for popcorn. Would you like some with your soda? Cause that's all we got at this freaky store. It won’t cool your drink off but it’s guaranteed to add a unique twist.

This person obviously was pretty lousy at solving puzzles as a kid because they hung the sign that shows the models waist first and the sign with her face and upper body next to it instead of the other way around.

The sides of these boxes have a “DO NOT STACK” warning clearly printed on them. But it looks like someone wasn’t paying attention, couldn’t read, or perhaps, didn’t care, and stacked them up anyway. Nice job!

Whoever was printing out labels at this supermarket must have had an episode of forgetfulness because they couldn’t remember the name of this delicious fruit.

This sign needs to preach what it teaches. It might say to “give cyclists space” but it’s blocking the bike lane on this road. So, whoever’s riding their bike down this street is going to have to risk their life to swerve around the sign.

Coming in 3rd place is embarrassing for anyone who's super competitive. It shows that you weren’t good enough to be the winner or even a runner up. But this person undoubtedly found a reason to laugh when they read that they were in 3st place instead of 3rd.

Switch to a Liquid Diet

This supermarket has taken liquid diets to a whole new level thanks to their ready meals section which is full of alcoholic beverages. Now that’s one strange way to diet. Unfortunately, you might have to go to visit your doctor after you try it.

Don’t Go Out to the Balcony

You couldn’t go out to the balcony for some fresh air if you wanted to. That’s because whoever designed this building didn’t align the balconies with the windows. But even if they had, the person would have had to climb out the window to stand outside.

The Wine Section is Mislabeled

Don’t believe everything you read, especially at the wine aisle at a supermarket. Otherwise you’ll have a tough time explaining to the police that you only had a few cups of water when you get pulled over for swerving.

Is that the twin of famous American boxing promoter Don King? Uh no. But the people in charge of mowing the lawn never removed this cone, so this patch of grass continued to grow and grow and grow. So, after a month, this was the end result.

This ATM is For Tall People Only

ATM’s are supposed to be accessible to everyone and yet this one was placed so high up the wall, that some clients are going to need a stool to step on in order to use it. Can only 9 foot tall people use this ATM? At 5 foot 2, I'm definitely triggered.

The person who designed this kitchen should get fired. They obviously didn’t take into account that opening one cabinet drawer would be impossible because the handle on the other drawer will block it every time.

If there’s one brand you can rely on, it’s Casio. At least, that’s what this person thought when they bought this calculator. But then they tried doing some basic math and ended up getting the wrong answer.

Whoever designed this bookbag at the factory must obviously be a Marvel fan because they added the word “Batman” right under the image of Superman. Looks like someone needs to familiarize themselves with their DC superheroes.

We’re not sure what’s worse. Is it the drain pipe on this wall that’s way too high or the bench that was installed right under it? We pity the fool that sits on this bench and finds themselves surprised by a not-so-refreshing blast of water.

The Writer Who Stroked Out

There are only three possible scenarios for this headline. The writer was disgruntled and was looking to get fired, a hacker broke into the system and messed with the headline before the article was printed, or the writer was completely out of it while writing it.

This Door Is Giving Mixed Signals

Talk about a case of mixed signals! The sign on the door is saying “Do Not Enter” but there’s a sign right under it that says “Enter Only.” So, which is it? Can you enter or not? We bet the rebel in you wants to go in.

Those Spoons Are Looking Mighty Sharp

Ever bought something from a party store that was so mislabeled that it made you question your sanity? This person did. They thought they were buying a bunch of plastic spoons, but what they got instead was a bunch of plastic knives. This will have to do, I guess!

No Worries, Honey! The Seat is Down

For decades, women have been asking men to put the toilet seat down, but we’re pretty sure that this isn’t what they meant. Whoever designed this made it so that the toilet seat was on top of the toilet lid and not the other way around like it should be.

Drains have only one purpose and that’s to give rain water a place to go so that it won’t flood certain areas with high foot traffic like this sidewalk at the park. But whoever placed this particular drain did a terrible job because everything but the drain is covered in rain.