Camila Villafane |March 10, 2020
Positive Signs That You and Your Best Friend Will Be Together Forever March 10, 2020Leave a comment 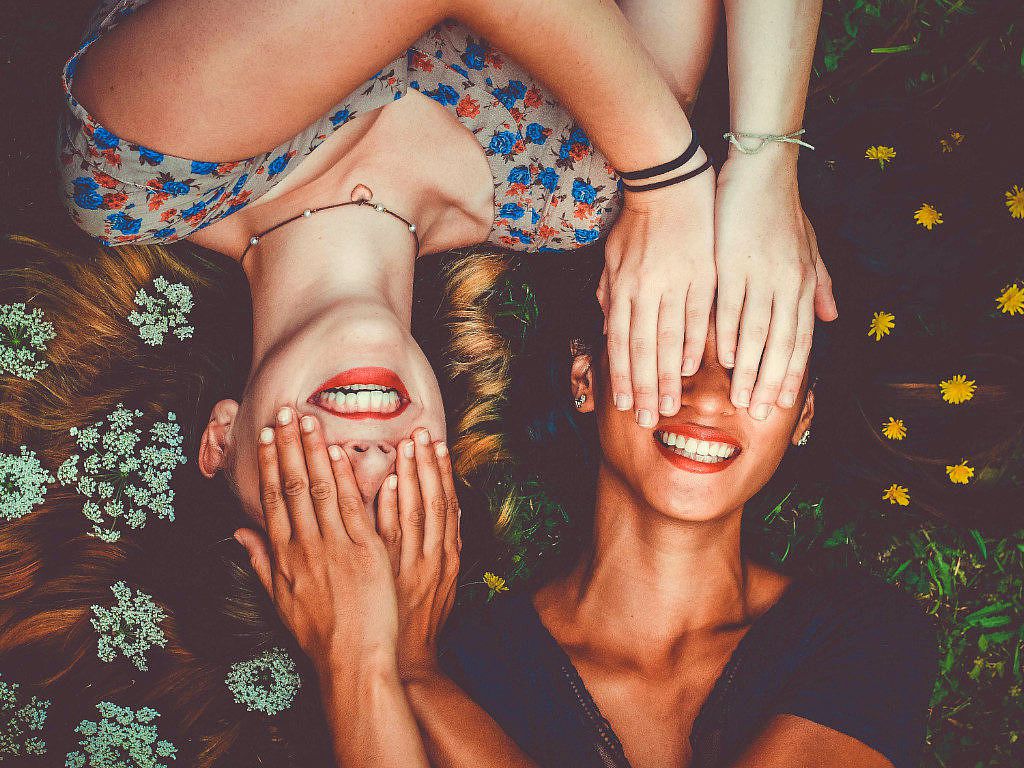 Friends come and go, but every now and then, we meet someone who’s a total diamond in a mound of coal. The click is almost immediate. There’s no romantic connection, but there is plenty of love and it’s so beautiful because it’s easy to be yourself around them and vice versa. So, here are some signs that you and your BFF will be together forever.

Moving away can be rough on a friendship, but in this day and age, technology brings everyone closer together. A forever friend will take time out of their busy schedule to FaceTime or Skype with you no matter how hectic their lives are.

They’re the First Person You Think About

Whether it’s good news, bad news, or the latest gossip at work or around town, the first person you think about dialing to share the news is your best friend. You text. You call. You send smoke signals because you know that they’ll have the same reaction to the news as you did.

The truth hurts, but letting a friend know that they might be dating someone who’s bad for them is a true testament of friendship because they’re proving that they’re willing to risk the friendship to ensure their friend doesn’t get hurt. So, a friendship bathed in honesty will always be long-lasting.

You Make Each Other Feel Secure

Friends don’t always know what the right thing to say is during a crisis, but that’s okay because all they have to do is throw one arm around your shoulder or wrap both arms around you and give you a heartfelt hug to make you feel secure, and you have the power to do the same for them.

Talking to Them Feels Therapeutic

You talk for hours, and they listen. Then they give you advice on how to handle whatever situation you're dealing with. Talking to them feels therapeutic, as if you were talking to a counselor or a psychologist. Plus, it’s a lot less expensive than a therapist, though you probably should buy your BFF a latte for listening to your 4-hour rants.

Best friends borrow stuff from each other, whether it’s clothes from one another’s closets or a car in case of an emergency. Even money isn’t out of the question, and that’s totally okay. There’s no hesitation because you both know that the other person will return everything on time and in one piece. You know they're there for the long run, so who cares if they give you back your sweater 7 months later!

You Can Gift Each Other Anything

Best friends should never have to worry about what kind of gifts they’re getting their friends. They’re going to love it no matter how big, how small, or how affordable or pricey it is. And you’ll relish in knowing that their reaction to the gift is genuine.

You’re Okay Being Weird Around Them

Best friends know each other’s true selves. So, there’s really no need to hide who you are, no matter how weird or crazy one of you might be. You’re completely comfortable being yourself because you know that they’ll never judge you.

You’re Used to Each Other’s Habits

Everyone has their own little quirks, but many don’t even realize they exist until someone points it out. But if you have a best friend, you don’t have to worry about them calling you out on it or them being annoyed by it. Plus, you’ll show them the same courtesy because they’re your friend and you love them no matter what.

Friends fight all the time over silly things and sometimes over some serious stuff. But it’s the way they handle what comes next that determines if the friendship is worth saving. Overcoming a fight is a huge sign that your best friend will stick around no matter what.

They’ll Love You Even When You’re Moody

Best friends know how to handle each other when one of them is moody and has a bad attitude. The sign that they’re total friendship lifers is the fact that they accept you and know how to turn that frown upside down instead of walking away.

They Know You’re Not Perfect

A true friend knows that you’re not perfect, but they see you as perfect anyway, even when you exhibit signs that suggest otherwise. They don’t expect you to have all the answers or remain composed all the time. They’ll gladly stay by your side anyway.

Their Family Is Your Family

You Don’t Have to Tread Lightly

You’re not afraid of how they might overreact to something you have to say because they tend to get angry and blow up all the time. If you had to walk on egg shells around them or vice versa then there wouldn’t be any true honesty in the friendship.

They Always Call to Hang Out

They might have a lot on their plate, but they’re not coming up with insane excuses as to why they can’t hang out with you. In fact, they’re proactively scheduling friend dates, and you’re the first person they call to hang out when there’s an opening in their schedule.

No One Tries to Be Superior

A sign of a true friend is that they are always trying to lift you up, but never make you feel like you’re at the bottom of the food chain while they’re top dog. You both go to great lengths to make each other feel like you’re on top of the world.

You Sense When Something’s Wrong

Your best friend always knows when something’s wrong. It’s like they have a sixth sense, so no matter how well you try to hide it, they know right away that you’re hiding something and will pester you about it until you confess. But they’re only bugging you so they can help.

You’re Truly Happy For Each Other

When one of you gets a new job, gets married, or has a baby, the other is always there to applaud or pat their friend on the back. They’re genuinely happy for the other and behave as if they had won, too, which is what any good friend would feel.

They Do New Things to Get Closer

A friend that plans their vacation and automatically assumes you’re going with them without asking is a friend indeed. They’ll also invite you to start jogging with them in the morning or doing CrossFit with them in order to share the experience together.

You’re Always Pushing Each Other

Your best friend is like your life coach or a personal trainer at the gym. They’re always making sure that you’re doing your best and aren’t afraid to give you a swift kick in the backside when you start to slack off because they want you to succeed, and you’d do the same for them.

They’re Okay With Not Hanging Out All the Time

They love to spend time with you, but they know that’s not always possible. There might be times when you might only be able to hang out once a week or twice a month and that’s okay, because a long-lasting friend is one where you both know that you don’t need to spend 24/7 together to validate your friendship.

You Keep Each Other’s Secrets

You know that if you tell your friend something and ask them to keep it a secret, they’re not going to betray your trust and start gossiping about it. Just like they know that you would always keep your lips zipped about something they confided in you about.

You’ve Seen Each Other at Your Worst

They’ve seen you during an extremely vulnerable moment and vice versa, and yet they stayed by your side through it all and still want to hang out. That’s the kind of friend you know will never leave you no matter what.

You Have a Theme Song

Yes. It sounds crazy, but you don’t have to be romantically in love to have a song together. There’s always one tune that describes the two of you perfectly or reminds you of an experience you shared. The moment the song comes on at a bar or a restaurant you both start dancing to the beat.

Life Without Them Seems Impossible

Your lives may take you in different directions, but true friendship will ensure that you find yourselves back to each other because the thought of not having your best friend in your life is unthinkable and truly impossible. You might both have significant others, but your best friend will always be your favorite human in the world.