Camila Villafane
This Panhandler Was a Member of a Secret Crime Ring and No One Had a Clue January 13, 2020Leave a comment 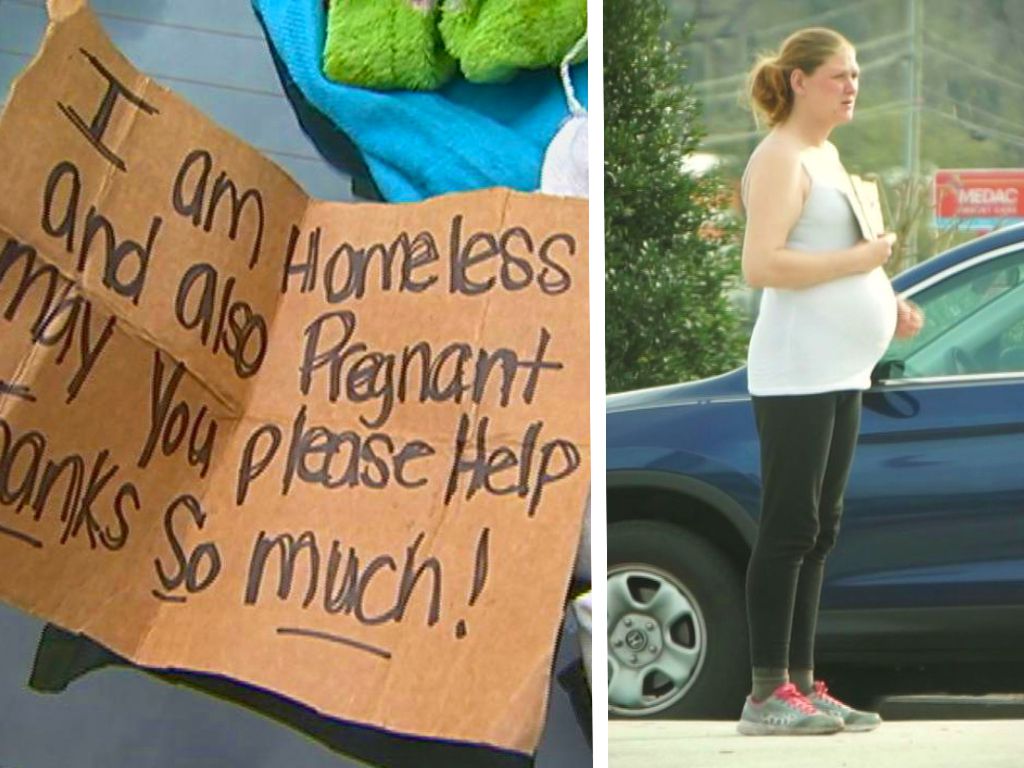 Melissa Smith from San Diego, California, wasn’t sure what was happening, but she knew something was off when a panhandler started lurking around her neighborhood. One day, she decided to follow the begging woman. But she never imagined that she would unravel a mystery that would send shivers down her spine.

Melissa Smith from San Diego, California, had seen the pregnant beggar asking for money several times at the Eastlake Plaza during the weekend. The woman often held a sign that read, “Please help.” And plenty of people did, but they had unknowingly been fooled.

She Felt Nothing but Sympathy

"I felt bad. There's a pregnant lady with a little boy who is down on her luck," Smith told ABC 7’s sister station KGTV. But she had no idea that the woman wasn’t really what she appeared to be.

Some panhandlers will just sit passively by a main road while holding a sign, hoping that someone will give them money. Others might take a more active stance and approach a vehicle or an individual to beg for money. But some of them barely make enough money to pay for one meal a day.

Statistically speaking, most panhandlers only collect about $25 on a daily basis. About 94 percent of that money is used on food, but there are some folks who might find other not-so-noble uses for their cash.

Most people give beggars money because they assume the person will use it to buy food. But some beggars spend their earnings on alcohol or controlled substances which understandably helps them cope with the awful situation they're in. This is one of the reasons why so many people tend to ignore a cry for help. And even though there are tons of people on the streets who rely on the kindness of strangers, there was one panhandler who was willing to do anything to get what she wanted.

It Was Impossible to Ignore Her

It’s not easy to turn away from a pregnant woman with a child holding a sign asking for help. When Melissa Smith first encountered the woman, she gave her all of the spare change she had on hand. It broke her heart that anyone should have to suffer like this woman did, but Melissa didn’t realize that she was being played.

The Shopping Center Had Potential

The East Lake Village Center had grocery stores, restaurants, dentists, salons, clothing stores and more. So, there were people walking around with lots of loose change in their pockets, but the pregnant beggar didn’t realize that Smith was keeping tabs on her. After all, it wasn't easy to blend in with the others when you're pregnant and living on the streets.

People Were Too Kind to Her

In the span of five minutes, Smith witnessed five different people give the pregnant beggar some cash. Her heart went out to the woman in distress, but little did she know that the beggar was not that innocent... or that broke.

She had seen the woman wearing dirty and stained clothes while standing in the scorching sun. On occasion, she saw a man with them and assumed it was the beggar's husband or the father of her children. But then the woman slipped up in a really obvious way.

One day, Smith was getting gas at the station in the shopping plaza when she spotted the woman with her son at their usual spot. And then Smith saw something that made her question her own sanity. Was the poor helpless soon-to-be mom scamming everyone? Smith refused to believe it at first.

They Headed Towards a Mercedes Benz

After a while, the woman and her son headed towards a Mercedes Benz. But Smith didn't assume it was her car because a beggar couldn’t afford such an expensive vehicle. Smith couldn't help but wonder if the couple was planning on stealing the vehicle. But there was another explanation that would soon make itself known that made Smith's blood boil with anger.

She Thought They Were Stealing a Car

Smith continued to watch what appeared to be a car theft in progress. But the beggar opened the vehicle with ease, as if she owned the seemingly new car. And then she drove off with the man and her son. But this wouldn't be the last time Smith would run into her. Smith would end up seeing them again very soon.

They Were Right in Front of Her

Smith shook her head in disbelief and eventually got in her car and drove off. But a short time later, she noticed the Mercedes Benz was right in front of her on the street! Smith's jaw dropped to the floor when she realized that the beggar, the man, and their son were counting their money and laughing. But sadly, there was a sinister reason behind their laughter.

She Followed Them to the Next Plaza

Smith followed them as they drove to a McDonald’s at a plaza on Bonita Road. But they weren’t there to order burgers and fries. They were there to work the crowd over. Once Smith realized what they were doing, she was hopping mad.

The Beggar Asked for Help Again

The beggar put up her help sign while her partner parked the Mercedes. And in under five minutes, people were falling for her tricks. She was a scam artist. But Smith wasn’t about to let her get away with it.

Smith Took Snaps of the Beggar

Smith took photos of the woman and the boy, but the beggar spotted her, got angry and started shouting at her. And then the pregnant woman did something that was pretty unusual for a person in her condition.

The Beggar Went After Smith

"Next thing I know, she picked up this big boulder," Smith said, "I don't know if pregnant people can do that, but it was pretty big over her head and she was coming at me with this rock," Smith told KGTV. Smith was in trouble, but she wouldn't be for too long.

Smith Had Her License Plate Number

Another eyewitness saw the entire altercation and called 911. But the couple had fled by the time police arrived. Fortunately, Smith had written down the beggar’s license plate number and she gave it to KGTV. The station soon started hunting the woman down, but sadly, they hit a roadblock.

They Went Looking for the Beggar

The TV station ran the plates and immediately found the address to the woman’s apartment in Encinitas, California. Unsurprisingly, no one answered when reporters came knocking on her door. But a woman later called the station and told them she had moved into the apartment after the previous tenants left abruptly. And then someone spotted the panhandler and reported it to the authorities.

Finally! The Suspect Had Been Spotted

Emily Valdez, a reporter at a local news station, got a tip that someone had finally seen the pregnant beggar. So, she approached the woman and showed her the photo Melissa Smith had taken. But the beggar simply responded by saying that she didn’t speak English. So, Valdez turned to the woman’s partner for answers.

The Man Played Ignorant With Her

The man claimed he didn’t know what Valdez was talking about and then started talking to the beggar in an unfamiliar language before they fled the scene. But the reporter followed them anyway and quickly discovered that they weren’t driving a luxurious car anymore.

The panhandlers escaped in a minivan with their kids, who weren’t even wearing their seat belts. Despite Valdez’s best efforts, the couple got away with the scam and the case went cold again. But then an ex-detective shed a light on the mysterious panhandler's identity.

The Panhandlers Were Part of a Crime Gang

Leslie Albright, a former San Diego Police Department detective, had seen Valdez’s interview with the fake panhandlers and realized that the man was speaking Romani. She had been trying to disband an organized crime ring of gypsies for years. Unfortunately, they remained at large and the beggars Valdez has spoken to weren’t what they appeared to be.

They Weren’t Even a Real Couple

Detective Albright believed that the man and woman were just co-workers and the pregnancy was a scam orchestrated by the organization they worked for. And she warned that they or others like them will continue to do this until they are brought to justice. There is a way to avoid becoming one of their victims...

Homeless advocates suggest giving money to reputable charities like soup kitchens, shelters and thrift shops as opposed to giving money directly to beggars. This is a lesson that Smith and others in her community will keep in mind the next time they see someone asking for a hand out.