Alex Shea
This Preschooler Returned Home From School Hungry Because of One Angry Teacher November 19, 2019Leave a comment 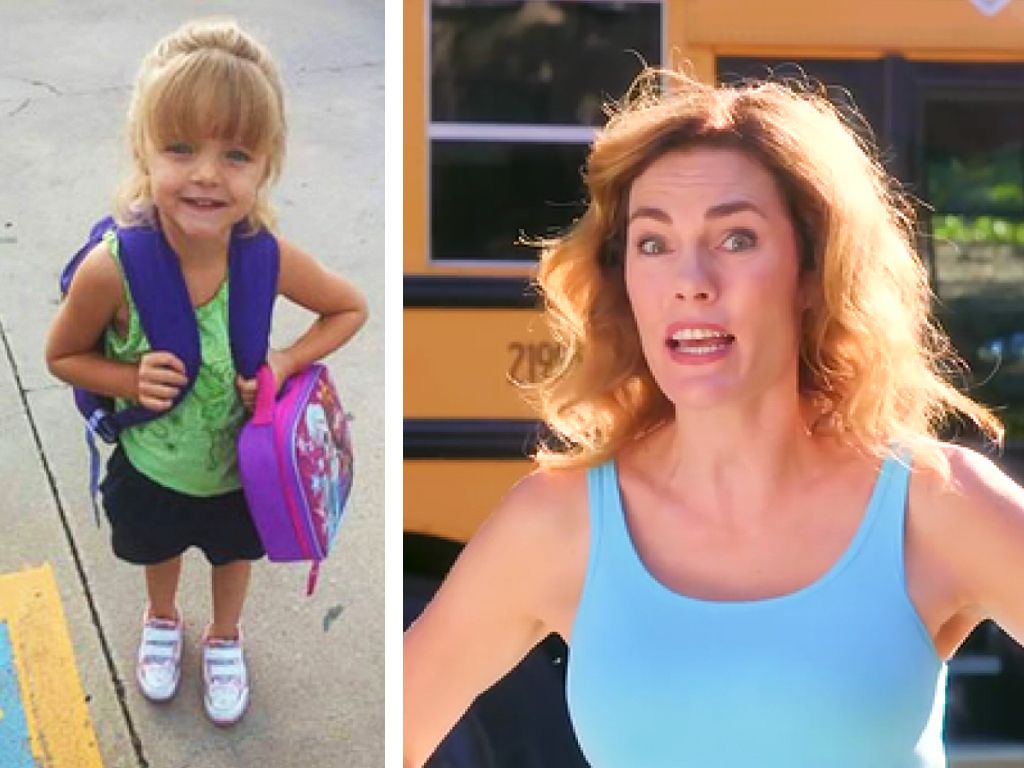 When Leeza Pearson packed her daughter's lunch in the morning, she didn't expect to be attacked for her choice of snacks. This teacher overstepped some serious boundaries when she included a note with Leeza's daughter's lunch that ruined the child's day and infuriated this mother.

It isn't unusual for schools to recommend a certain dietary plan for its students. There was a time when plans like the Hunger-Free Kids Act came into effect in order to encourage healthier lunches for kids in schools. This teacher enforced these guidelines to an impossible standard. Fast forward to today where each school has its own way of implementing a healthier alternative for kids across the country, so they say...

But What Does Healthy Mean?

Unfortunately, the word "healthy" is not a one-size fits all kind of term. What one mom in the small town of Aurora, Colorado thought of as a healthy lunch for her daughter turned out to be the exact opposite and resulted in an exploit no parent should have to experience. No parent thinks they'll ever endure backlash from the school they're actively choosing to send their child to.

Living in a Competitive City

Leeza and Natalee Pearson live in the small city of Aurora, Colorado. It's in this city that they've built a life for themselves. And they've been doing decent enough up to this point. Which is why the reaction Leeza received from the staff at Natalee's school was so surprising.

Even Preschools Are Ruthless

It's no secret that we're living in a highly competitive environment. Parents want the best for their children and Leeza was no exception to this rule. She wanted Natalee to prosper, so she enrolled Natalee into the Aurora Children's Academy to kick off her preschool education—a real dream come true. But little did she know that the woman who was teaching her daughter didn't really have her best intentions in mind...

Too Bad It Couldn't Stay Calm For Long

Leeza Pearson was about to wake up from this dream. Despite how well Natalee was doing in school and how well the staff at the preschool had been treating Leeza up to that point, one day would change it all. When Natalee came home from school hungry one Friday, the question was brought up as to whether the Aurora Children's Academy might have gone too far.

Of course, according to a mother who was completely sure she had packed a lunch for her daughter that very morning, the prospect of her daughter coming home hungry was odd. Leeza was concerned, to say the least. But when she checked Natalee's lunchbox to investigate further, what she found was infuriating.

Leeza Hadn't Seen This Happen Before

Natalee getting into the Aurora Children's Academy was great for Leeza, who was taking classes at Denver's Metropolitan State University. The Aurora Children's Academy is a prestigious preschool in Colorado that accommodates more than 150 kids at a time. By enrolling Natalee into the academy, Leeza felt like she was preparing her daughter for her future, not hindering it.

Everything was going swimmingly. Natalee was doing well in class. Leeza was a few steps closer to earning her degree. Relationships between the Pearson family and the academy were fine, like any relationship a school has with a family— light, yet familial. But they hadn't really interacted much yet.

An Unexpected Surprise From a Previously Nice Teacher

But life comes with unexpected surprises. And sometimes perfect doesn't really stay perfect. This was something Leeza was about to figure out. Nothing the school had done had caused a public grievance from her or her husband, Nate, up to this point. But what this teacher did really crossed the line.

It All Started On A Friday

The stunt in question happened on a Friday, typically the best day of the week for students. Life can get busy. As a working mom and a student herself, some mornings were better than others. Some mornings were just chaotic. This particular Friday was just chaotic enough to pack Natalee's lunch a little differently than usual.

What Was In This Lunch?

The “bad lunch” Leeza prepared for Natalee that Friday morning consisted of a ham and cheese sandwich, stringed cheese and oreos. It just so happened that the one day Leeza forgot to pack veggies or fruits, she chose to pack a not-so-healthy alternative. It was a Friday, after all. She didn't realize that her daughter's teacher had a sharp eye for this kind of thing.

This Was A One Time Thing

Leeza claims this was entirely coincidental. On any other day, she packs a balanced lunch for Natalee. This just wasn’t one of those days. It was a Friday, so why shouldn't she pack a treat for her daughter to enjoy at lunch time? Wasn't she allowed to make that decision as her mother?

It's Strange to Think A Cookie Could Hurt Someone

Certainly it couldn’t be the oreos that caused Natalee’s preschool teacher to send her home with a note in her lunch box. Was the choice of cookies so terrible that a prestigious school like Aurora Children’s Academy would stick their noses up at Natalee’s lunch? Wasn't it enough that Leeza took the time to pack a decent lunch for Natalee?

Whose Idea Was It?

Natalee came home from school that Friday without having eaten lunch. At first, it seemed as though her lunch was snatched from her by some overbearing teacher. It turns out that wasn't the case at all. Although Natalee was adamant about being hungry, she chose to go through the day like that. Nevertheless, Leeza had no idea of this and was concerned.

Regardless of Whose Idea It Was, What She Found Was Unsettling

Leeza decided to check her lunch box, just to see why Natalee was so hungry. What she discovered was incredibly unsettling. And it was sitting in the lunch box beside the uneaten oreo cookies. It had been placed there by her daughter's teacher.

All It Took Was A Note

Her teacher took it upon themselves to write a letter to Leeza, condescending in nature. The basis of the letter said that every student deserves a healthy and balanced lunch and proceeded to provide examples, just in case Leeza didn’t know what the word "balance" meant.

The Nerve of the Note

Leeza was shocked by this rude gesture. She was angry at the audacity the school had to send Natalee home hungry with a letter criticizing her parenting skills. The school basically went out of their way to criticize Leeza. At least, that's what how she thought of it.

Instead of silently going through the rest of the school year ignoring the letter in the lunch box, Leeza took to the internet and posted an image of the note online. This was the first time the Pearson family took up a public grievance with the academy. But it was only right that other parents saw what this teacher did to her little girl.

Advice That Goes Too Far

When a teacher gives parents advice, that’s one thing. But providing a statement as rash as the one on that note is a completely different thing. As soon as Leeza posted the note and her side of the story online, support from other parents in the community flowed in, who believe that it is the parent's job to raise their children.

She Wasn't the Only Parent Who Was Angry

She not only received support from other parents in the community, she heard from estranged friends who thought the entire situation was “ridiculous.” There was a level of outrage throughout the parents of the community after seeing this letter. The very idea that a teacher thought of herself so highly that she could scold a loving parent was unthinkable.

The Academy Didn't Make a Statement

A spokeswoman for the Aurora Public Schools, Patty Moon, said that a "note in the lunchbox is not standard practice." Sending a note home just isn't something in their policy. They pride themselves in trying to educate parents in their choices, not penalizing them. So, why wouldn't they acknowledge the choices of their teacher?

Even though the academy is trying to promote healthy eating, Pearson has pointed out inconsistencies in that effort. The school has asked parents to provide candy for holiday celebrations and provided jelly beans as a snack for any after-school care. For them to react in such a strong way to the oreos packed in Natalee's lunch simply didn't make sense.

A Rise in Obesity

Today, there is an ever-present awareness of what we’re putting into our bodies. Schools are taking it upon themselves to do what’s best for their students. As far as the academy knew, this teacher was trying to “save Natalee” from obesity, not insult her mother. With the rise of obese children in the last 20 years, it's fair for a public education institution to be proactive.

No Parent Wants to Feel That

You could say that Leeza went too far by posting the lunch box note online. But she felt that her parenting skills were being attacked. No parent wants to be made an example of, especially when it has to do with feeding your child the right things. And especially when the "right" things tend to be relative to who the parents are or where the kid goes to school.

Just Looking Out For Its Students

You could also say the Aurora Children’s Academy went too far by sending home a note with a preschooler in the first place. They thought they were only doing what they thought was best for one of their students. But they might have been able to do that in a better, not-so roundabout way.