Matthew Loffhagen
A Woman Hatched An Egg Instead of Eating It And Now They’re Best Friends March 4, 2019 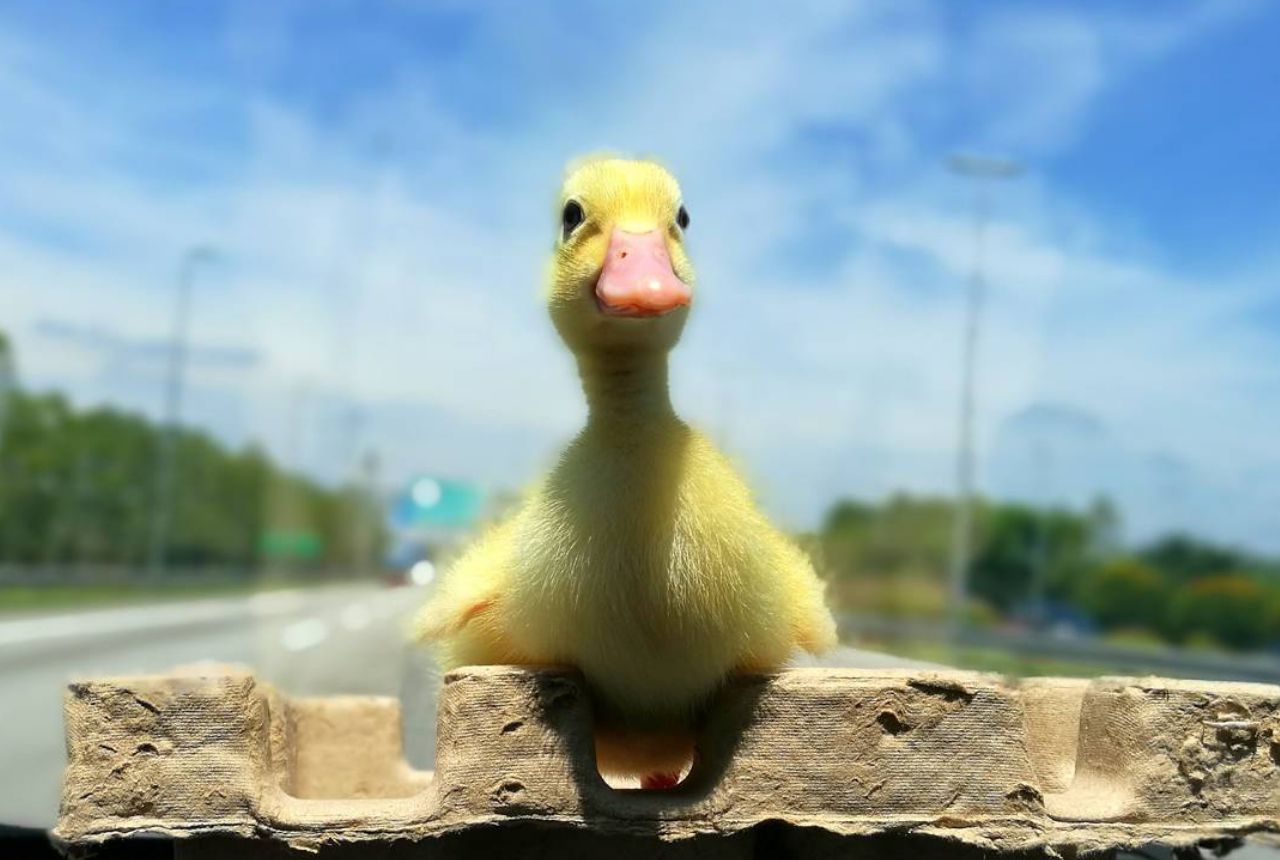 You know how most eggs you eat are unfertilized, so they don't contain a baby bird? Balut, which is a delicacy is some countries, is a bird embryo that you boil and eat from the shell. But one woman, instead of eating her balut, got a surprise. Because when a restaurant egg hatches a live duck, you may not get the meal you want. But at least you'll have a new best friend...

Have you ever heard of balut? It's a traditional meal from the Philippines that involves eating a partially-developed duck fetus. To make the meal, restaurants need to stock lots of fertilized eggs, and this is where our story starts.

[dx_custom_adunit desktop_id="RTK_K67O" mobile_id="RTK_5yk0"] On a whim, Erica Lim decided to purchase a pair of uncooked balut eggs from a restaurant in Puchong in Malaysia. She took them home, created a makeshift incubator, and grew her own pets.

Before long, it seemed that Lim's plan was working. A tiny little beak began poking out of one of the eggs.

Daisy the duck pushed her way further out of her shell. Sadly, her sibling didn't survive the difficult hatching process.

Coming Out of Her Shell

[dx_custom_adunit desktop_id="RTK_K67O" mobile_id="RTK_5yk0"] Daisy was very small and weak by the time she squeezed her way out of her shell. But she was healthy and happy. And Lim had a new friend.

Daisy and Lim were inseparable from the start. Lim soon gave her duckling the cute nickname "Bibit."

Daisy/Bibit was happy going wherever her owner went. Lim sneaked the duck into the movie theater so they could watch something together. Daisy was very happy and patient throughout the whole experience.

[dx_custom_adunit desktop_id="RTK_K67O" mobile_id="RTK_5yk0"] Of course, Daisy is a duck. And that means she loves water. So Lim makes sure to give her lots of baths. But it's not uncommon for the little duckling to sneak off to the bathroom for playtime when she's not being watched. This can make a lot of mess, but she can hardly be blamed for her instincts.

Having a tiny duckling follow you everywhere might seem like an annoying experience, but the pair get on really well. And Daisy is happy to go anywhere as long as she's with her best friend.

It's not uncommon for Daisy to simply sit with her owner and watch Netflix, just like any modern pet.

[dx_custom_adunit desktop_id="RTK_K67O" mobile_id="RTK_5yk0"] Daisy is even happy inside a car, watching the world rush past her window. Let's just hope Lim doesn't need to brake suddenly.

Lim began sharing her photos of Daisy with the world. Never before has the #Duckface hashtag been used so accurately.

[dx_custom_adunit desktop_id="RTK_K67O" mobile_id="RTK_5yk0"] Daisy has explored every inch of the apartment that she calls home. There's plenty of excitement to be had in this small space. And she has a great time living as an urban duck.

Chained to the Desk

Of course, Lim has to live a normal life. And that means working for a living. But Daisy is a patient pet, and is content to join her owner at the desk for hours at a time.

Lim had a lot of fun with her baby duck. She dressed up Daisy in tiny little outfits for photo shoots, such as this fetching knitted skirt.

[dx_custom_adunit desktop_id="RTK_K67O" mobile_id="RTK_5yk0"] Even while exploring the outside world, Daisy loves to try new things. Of course, Lim needs to keep a close eye on her to make sure she doesn't get into too much trouble.

Over time, Daisy grew bigger. Her neck got longer. White feathers grew from her fuzzy, yellow down. Slowly, she grew into an adult duck.

Even as a grown duck, Daisy still loves cuddles and snuggles with her human family, and she still has loads of adventures with them.

A Duck in Ikea

[dx_custom_adunit desktop_id="RTK_K67O" mobile_id="RTK_5yk0"] Taking an adult duck on outside excursions is a lot more challenging than concealing a small duckling. But if you stroll into Ikea with enough confidence, you'd be surprised how easy it is to get people to overlook a feathered companion.

Lim and Daisy are still inseparable, going on regular trips to the store to buy groceries. But there's one supermarket item that Lim doesn't need to buy anymore...

The Benefits of Duck Ownership

As Daisy is an adult now, she does everything that adult fowl do. This includes providing her owner with some delicious treats on a daily basis...

A Part of the Family

Daisy is a full-fledged member of her household. She almost didn't get to live at all, but, thanks to Lim's unusual experiment, this duck has a long life to look forward to.

Daisy's upbringing wasn't a typical duck's experience, but it was probably a lot better than being eaten. This story just goes to show the sacred, special importance of every animal's life.