Scientist Claims to Find Proof of Life on Mars, But The Truth is Far More Complicated

Matthew Loffhagen
Scientist Claims to Find Proof of Life on Mars, But The Truth is Far More Complicated December 4, 2019Leave a comment 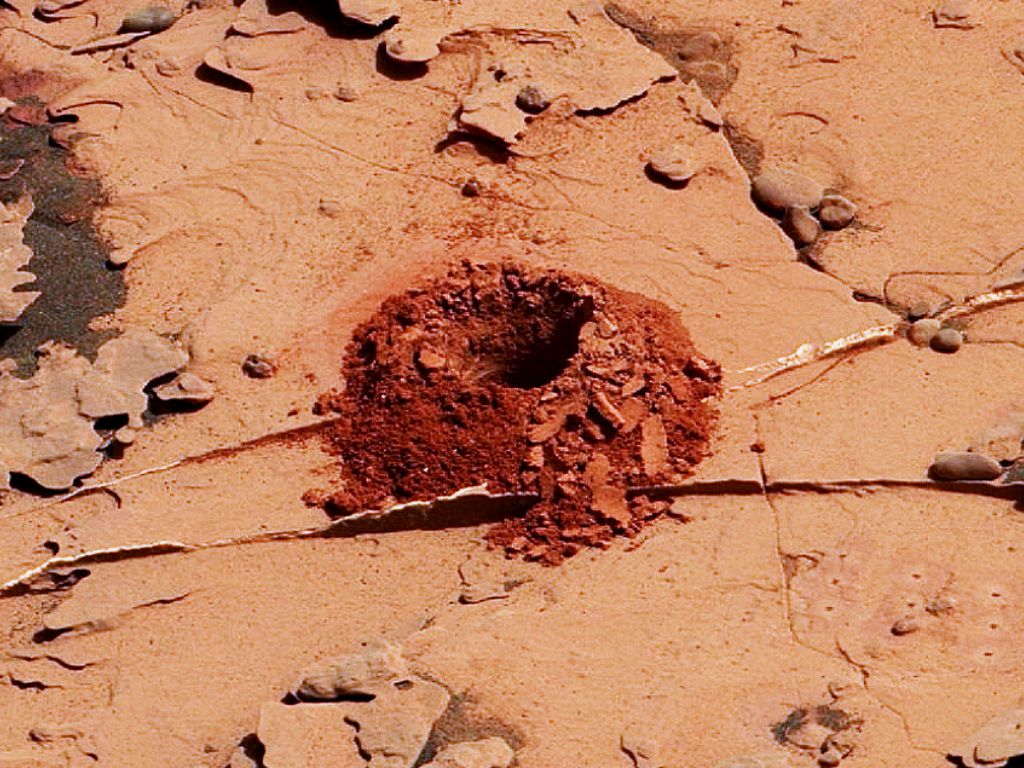 A university professor and entomology expert claims to have found evidence of aliens on Mars. As convincing as his evidence might be to some, the truth is far more complicated – and bizarre – than it appears.

Not everybody was convinced by Romoser’s photographic analysis. His colleagues pointed to other scientific research being done on the red planet, claiming that it proves his findings wrong. It didn’t take long for Ohio University to delete the research from their website, leaving all independent researchers with more questions than answers...

So does this mean that there’s absolutely no credible proof of alien life on Mars? Not necessarily. There is some evidence that some form of aliens live on – or rather, inside – the Red Planet.

For years, alien enthusiasts have dreamed of the possibility of discovering living creatures on the surface of Mars. According to one expert, this proof of alien life might finally have been unearthed.

William Romoser, Emeritus Professor at the University of Ohio, recently published research claiming that “fossilized and living creatures” have been spotted on the surface of Mars, hidden within photographs taken by NASA.

Romoser is an entomologist, and spent his academic career researching vector-borne diseases with the US Army Medical Research Institute of Infectious Diseases. He also wrote a textbook, titled “The Science of Entomology,” which he used in teaching his classes.

According to Romoser, photographs from the Curiosity Rover on the Martian surface, as well as aerial photography from satellites, clearly show the presence of alien life forms.

To prove his case, Romoser has labeled several photos, highlighting what he claims are signs of Earth-like biology in Martian creatures.

“These characteristics should likewise be valid to identify an organism on Mars as insect-like. On these bases, arthropodan, insect-like forms can be seen in the Mars Rover photos.”

“The evidence of life on Mars presented here provides a strong basis for many additional important biological as well as social and political questions.”

Not everybody is convinced by Romoser’s photographic analysis. It didn’t take long for Ohio University to delete the research from their website, leaving nothing but an error message for anyone wanting to see the original photos.

Romoser is far from the first person to claim that there are aliens on the surface of Mars. For example, prolific UFO enthusiast Scott C. Waring, the operator of the website UFO Daily, has claimed to have spotted seashells in some photos from the Curiosity Rover.

It goes without saying that someone whose entire life is dedicated to producing daily evidence of alien life might not take into account the very obvious flaw in his claims, and most sensible scientists tend to dismiss this kind of claim outright.

Another expert, Barry DiGregorio, a research fellow for the Buckingham Centre for Astrobiology in the UK, once made similar claims of alien life after NASA tweeted out a photo of “stick like figures” on the surface of Mars.

These Fossils Could Be Long-Dead Aliens

According to DiGregorio, these are “trace fossils” which show that aliens once lived on Mars, even if they’re long dead now.

Perhaps the most bizarre (yet surprisingly common) claim is that the surface of Mars is littered with cannonballs. Once again Scott C. Waring has a theory, because, as mentioned, he gets rewarded every time he claims that aliens exist.

The End of a Planet's Atmosphere

According to Waring, these cannonballs are the result of an ancient war which stripped Mars of its breathable atmosphere. Said Waring, “I do believe these balls and millions of others were deliberately shot at Mars from space all at once to destroy their atmosphere, burn it away.”

NASA actually directly responded to these cannonball claims, pointing out that the round shapes are actually pebbles made up of calcium sulphate, magnesium and sodium. They’re a naturally occurring oddity that look cool but are absolutely not weapons of war.

Indeed, this is the simple explanation for most signs of alien life spotted on the surface of Mars: in a big enough expanse of randomly shaped rocks, it’s possible to find patterns or familiar shapes among the chaos.

Essentially, Romoser and other experts are guilty of seeing their area of expertise amid completely natural rock formations. As the old adage says, 'if all you’ve got is a hammer, everything looks like a nail.'

So does this mean that there’s absolutely no credible proof of alien life on Mars? Not necessarily. There is some evidence that some form of aliens live on – or rather, inside – the Red Planet.

It’s important to note that the surface of Mars is a lot more hostile than most people realize. During winter, the surface temperature on the planet drops to as low as -195 Fahrenheit (-126 Celsius), with intense wind storms that regularly wear down even the toughest of robot explorers from Earth.

For this reason, experts have begun to suspect that if alien life does exist on Mars, it might do so underground, where there’s more shelter from the elements. There’s even some proof to suggest that this is the case.

NASA researchers have detected fluctuations in the levels of methane on the Red Planet, with far higher levels of the gas present during the summer months. As methane is often created by living creatures, this could be evidence of something living under the planet’s surface that thrives during the summer and hibernates at winter.

According to Chris Webster, who operates Curiosity Rover’s methane-smelling apparatus, “The thing that's so shocking here is this large variation. We're left trying to imagine how we can create this seasonal variation.”

This potential evidence of life on Mars isn’t much to go on, but it’s a lot more plausible than some enthusiasts’ claims of spotting insect fossils on the planet’s surface. Either way, answers are still a long way away.

It’s entirely possible that humans are alone in the solar system, and even in the galaxy, or the universe. Until we know for certain, we can’t completely rule anything out – but even so, there probably aren’t cannonballs on Mars.