Indisputable Signs That You Are An Empath 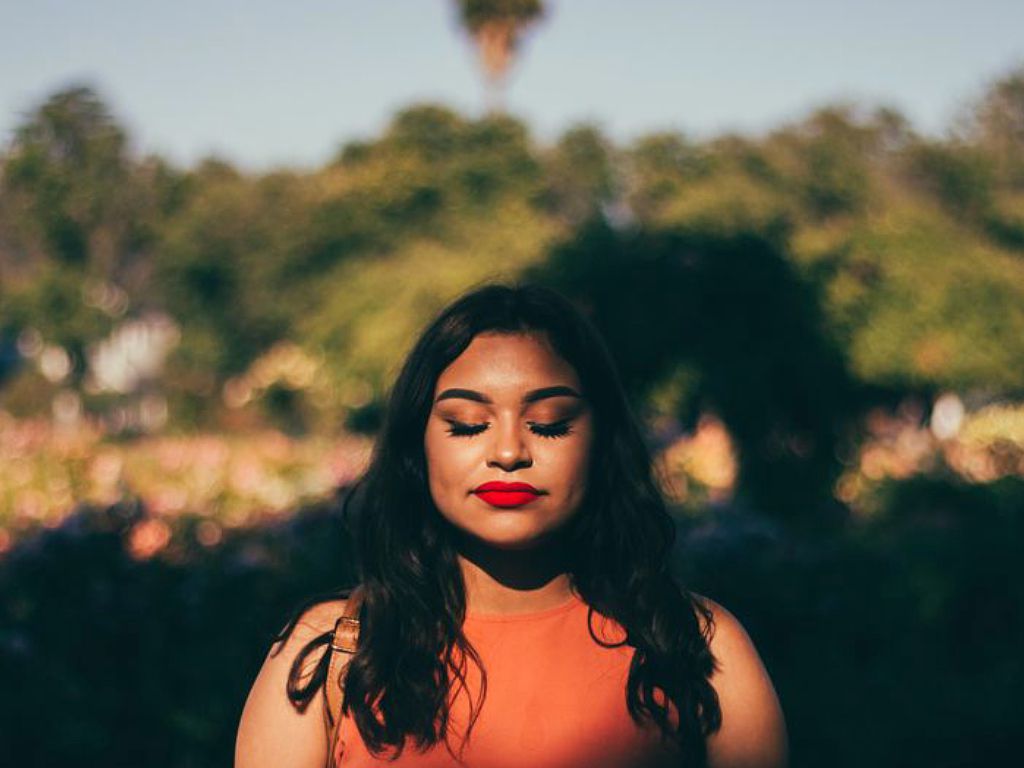 Being an empath is an awesome gift. However, if you don’t know that you are an empath, but have the characteristics of one, you may feel like there’s something wrong with you. You may experience a sudden change in your emotions without knowing where your mood has come from. And you may feel like you can read a person before you even speak to them. But don’t discourage these qualities; you may just be an empath.

What is an Empath?

An empath is a person that is highly sensitive to what other people around them are feeling. Empaths experience a profound amount of empathy for others and are in tune with other people’s energy, as well as their own.

A leading characteristic of being an empath is having a sensitive quality. Often times, you may have many people disregard you as being overly sensitive, but really, you may be channelling a higher level of communication.

Empaths Communicate on a Higher Frequency

As an empath, your sensitivity is actually a form of communication. As a receiver, you may feel energetic messages from those around you. Because of this, you may experience high levels of feeling overwhelmed and irritated from the amount of information you are picking up from others.

If you are an empath, you may be hyper sensitive to reading people's personalities based on the energy you receive from them. When this happens, you may be more inclined to walk away from that individual or immediately click with them, instead.

Empaths Have Been Criticized for Their Changing Moods

People might perceive empaths as overly sensitive and moody people who need their alone time. For instance, hearing of violence can affect an empath on a much deeper level than other people. Therefore, it’s essential to take time out from the overpowering flow of emotions that you experience as an empath.

You may have heard of the term clairvoyant (clear-seeing), meaning a person has an intuitive sense of seeing beyond the physical world. Then there’s clairaudience (clear-hearing), meaning individuals can hear messages inside their mind. Being an empath falls into the category of clairsentience (clear-feeling). In other words, empaths can perceive energy from people or surroundings.

An Empath is Certain of the Feeling They Feel

An empath is not a palm reader nor someone who looks into a crystal ball. An empath doesn’t need additional resources, because empaths know the feeling that they absorb. Empaths's senses go beyond the average frequency of hearing.

Empaths don’t just listen with their ears but with their body as a whole. Empaths can feel with their torus field, an electromagnetic energy field that surrounds all of us. Some of us are more sensitive to this form of communication than others. With this gift, empaths can read the energy of a room seconds after walking into it.

Empaths Feel What Others Feel

Empaths get a clear picture of someone else’s energy and have the skill to be able to understand other people’s experiences from a personal standpoint. Other people’s emotions resonate with empaths on an intimate level.

As an empath, you are an information gatherer. You soak up emotions and energies that are present in a room because you are susceptible to the energy that radiates out from others. You are tuned in to all of the information that is being emanated.

Empaths Experience a Range of Emotions

It can be a struggle for empaths to manage a variance in emotions. If someone is upset, you too feel the weight of the world on your shoulders. Or if someone is excited, you experience intense elevation and giddiness.

Empaths Can Feel From Afar

For an empath, picking up on energies is not confined to just close proximities. It’s also possible to feel the energies of people living in your neighborhood as opposed to someone in the same room as you. If you’re in a peaceful environment with loving people, you will feed off of it and accelerate that emotion.

Empaths Can Be Influenced by Other’s Moods

A colleague who comes into the office stressed out and in a bad mood everyday can influence an empath’s peace. As an empath, you may start to withdraw yourself from interacting with anyone else in the office because you pick up on the negative energy. Empaths must learn to distinguish between what energy they’re picking up on and what is actually their own.

If you’re an empath, you may have internalized a mood or emotion so much that you begin to mirror another person’s mood. This feeling then gains momentum and can linger for days or even weeks. It’s about learning to get a grip on your own feelings and compartmentalize other people’s feelings that is key.

If you don’t know you’re an empath, you’ll most likely have unexplained feelings of being overwhelmed, discouraged, uneasy or anxious. You ingest the energetic field that surrounds people that you come into contact with on a daily basis, but you may not know that you do.

Empaths are often able to provide insights into other people’s lives that those people don't already have because empaths feel the same emotion they are feeling. So, empaths often find themselves in careers that help people improve their lives like teaching, therapy or coaching.

Empaths Often Don’t Know That They Are One

It can take you years to discover that you have the qualities and attributes of an empath. You may have been going about your life for years feeling like a mess, confused with emotions that bounce around, but have just never heard of the term “empath.”

Empaths Need to Protect Their Own Energy

Empaths experience their fair share of struggles. An empath’s energy and calm mind can be easily zapped from people who manipulate another person’s energy. People who lack empathy can drain an empath’s energy.

Empaths Can Be Taken Advantage Of

Being compassionate for someone can be a burden for you and leave you feeling drained. Often times your empathy can be taken advantage of when you feel the need to help, leading you to require more alone time than other people.

Empaths Can Suffer From Anxiety and Depression

If not managed, empaths can struggle with the gap between the high-highs and low-lows that can lead to emotional fatigue and waves of anxiety and depression. Empaths may not want to leave the house in fear of the piles of emotion that they’re susceptible to picking up.

Empaths Can Struggle With Their Gift

When you’re an empath, it’s important to get your emotions and thoughts in order. Thinking about other people’s problems more than your own can be damaging for an empath, so it’s crucial to filter through the energy that you’re receiving so that your life is not taken over by the urge to help everyone.

Luckily for you, there are techniques that many empath experts have created to help you manage the emotions that you’re absorbing. The first step is to recognize that you are an empath and then you can train yourself to handle the energetic fields that you may feel consumed by.

The second step is to differentiate what you feel as opposed to the information that doesn’t belong to you. You need to sift through your emotions and realize that the energy coming from someone else is separate from you.

Keep Track Of Your Own Emotions

The third step is to journal everyday about what you feel independently and emotions you feel coming from someone else. Reading back over your journal will give you clarity on the differences between your mood and emotions and someone else’s mood.

If you’re someone who has experienced these qualities but viewed them as a burden, hopefully this article has enlightened you and allowed you to look at yourself in a different light. Being in touch with energies and emotions is not something to be ashamed of. These are the traits that make up the highly tuned-in person that you are.