Warning Signs Your Partner Might Be Cheating on You

Camila Villafane
Warning Signs Your Partner Might Be Cheating on You April 18, 2018 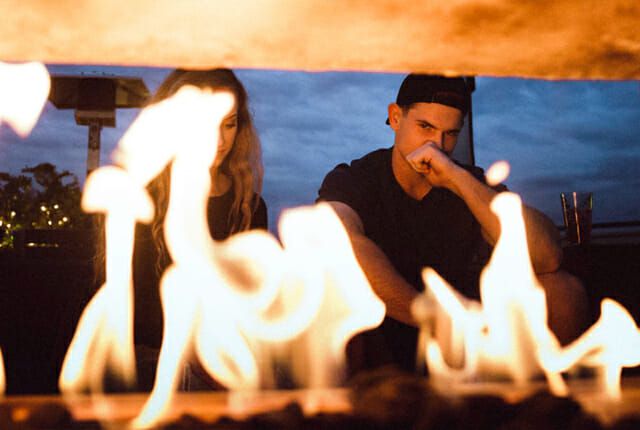 What are the signs your partner is cheating on you?

So you think your partner is cheating on you. Sometimes you feel like you're being a little paranoid. But are you really? We want to give people the benefit of the doubt. On the other hand, you can't exactly ignore that gut feeling that's telling you there's something off. When you start to doubt everything your partner is saying or doing, it's time to start analyzing the situation (and the relationship.) So, if it seems like your significant other has been acting a lot different lately, you might want to start doing a bit of investigating. But before you start pointing fingers at them, take some time to breathe and calm down. Then take a look at these signs your partner is cheating on you. If any of them sound all too familiar, then you might want to start packing your bags. Or theirs.

You Can't Touch Their Phone

Does your partner refuse to put their phone down? Does it seem like it's practically glued to their hand? Why is it that when you ask them if you can borrow their phone to check something online, they get really prtective of their phone? Chances are, they don't want you to see something "you shouldn't".

They Unfriended You On Social Media

Your partner tells you that you're still the most important thing in their life. Of course, that's after they've unfriended you from social media or deleted their accounts altogether. If they're cutting you from their online life, then there's obviously something they don't want you to see. If they stopped following you on social media, then perhaps they're getting ready to walk away.

You Were The Other Person

Long before you were officially a couple, your partner was involved with someone else, and you were just a side piece. This shows that they have tendencies to cheat on their "stable" relationships. Since you're their official main squeeze, there's a good chance your partner will cheat on you eventually.

They Think You're The One Cheating

One of the obvious signs your partner is cheating on you is when they're pointing the finger at you and claiming you're the one who's being unfaithful. Why are they so paranoid? Why is it that all of a sudden, they feel paranoid that you're straying away? Perhaps they're the ones who are being unfaithful.

They Push You Away

You used to go out on dates and have meaningful conversations all the time. Now he's emotionally and physically distant. You might as well be living on another continent. It's safe to say that your better half is in Antarctica because all you're getting is a major cold shoulder from them.

They Get All Jumpy Around You

It's only a matter of time before a cheater's going to get caught, and they know it. It's why your partner is acting all nervous like they've got red ants crawling up their pants. Then again, it could be Syphilis. After all, you never know who they were cheating on you with, and what they were doing.

They're Cleaning Out The Bank

The last thing your cheating partner wants to do is to leave a paper trail that leads to their infidelity. So in lieu of using credit cards and debit cards to pay for hotels, fancy restaurants, and gifts, your partner is taking wads of cash from the ATM. You can track that at least if you have access to their bank statements.

They Never Want To Do Anything With You

Your partner's too busy to take you out, but they sure have plenty of time to hang out with other people. Still, you try and see if you can plan a special trip or a date. But no matter how romantic you make it, they turn you down cold. That's a sign that they're not emotionally invested in you anymore.

They Suddenly Travel A Lot

Your partner is taking a lot of trips, many of which are sudden. Sure, they claim that it's all work-related, but in the back of your mind you feel like they're lying. Your partner may have someone else somewhere, or they're taking some time off to go to another country to do all the things they can't risk doing in the city where you both live. Start hyperventilating.

Your sixth sense is definitely trying to warn you that something's up with your partner. So, you decide to risk it and check out their laptop or PC for signs of suspicious activities. After you manage to crack their password, you find strange websites, sexy e-mails, and texts on their phones. Online history never lies.

Your Sex Life Is Non-Existent

You're sexually frustrated because the only person you've been doing it with is yourself. But somehow, your partner doesn't seem interested in sex. And when you ask them if they're in the mood, they tell you that they're tired. Uh, yeah, they are because they burnt their libido on someone else.

Relationships are all about compromise. It's essentially a mutual game of give and take. But if your partner only wants things done their way, then it's possible that they're extremely unsatisfied in the relationship and are getting what they need from someone else. If that's the case, then the relationship has run its course.

If your partner gets a text or a call from someone, but they ignore it because you're in the room, it's time to pay attention. If they always find excuses to take those calls elsewhere, then they sure as hell don't want to start talking or texting with someone and risk you overhearing or getting suspicious and checking their phone later.

Your Partner Has A New BFF

You're the only that's giving up your free time with your friends and family to make things work with your significant other. You go out of your way to look sexy and plan romantic dates, and they don't put the same effort. This indicates that they're over the relationship and you.

Hello? It's Your Instincts Calling!

Your instincts aren't always accurate, but there's a reason why they're there. Instincts act like a warning system to help you see things that aren't easy to see with the naked eye. So, if they're telling you that your partner is cheating, then don't ignore your gut feeling, and start investigating or sit them down for a nice chat.

You plan an amazing dinner, or a night out. Then you get a phone call, or worse, a text from your partner saying, "Sorry! Working late." If it happens once, maybe twice, then that's fine. But if your partner is canceling on you every single time you make plans with them, then... red alert!

They Never Include You In Their Future Plans

You're in a relationship, so planning for the future is only natural. But wait! Your partner is planning a huge move to another city, state, or country, and not once has the word "we" come up. This might mean you're not even in their plans. It's time to ask yourself, "why?"

Someone Has The Guts To Tell You

Okay! So this one should be a no-brainer. If friends and family are telling you that they've seen your partner engage in suspicious activity, or you start getting weird "anonymous" messages on social media about your partner's cheating ways, it's time to face the music...even if it hurts like hell.

They Suddenly Care About Their Looks

It's natural to start doubting your partner's fidelity when they start looking like they're getting ready to walk the red carpet at the Grammy's. You've known them for years, yet only recently, they started grooming, shopping, hitting the gym and watching what they eat...excessively.

You feel like someone has grabbed an iron and wrinkled out all the issues in your relationship. All of a sudden, everything's fine and dandy, and the things that you used to do that irked your partner, doesn't anymore. Obviously, someone else is giving your partner the happy ending that you aren't.

They Forget The Lies They Told You

Cheaters lie, but like any bad liar, they f*ck up. They tell you they were working late the other night. Then they tell you that they were visiting their mom on that same night. Cheaters can't keep their facts straight. So when their daily routine starts to sound like fiction, chances are it is.

They're Paranoid About Your Schedule

Your partner walks up to you and starts asking about your daily routine. Every single daily move. Why are they interested in your schedule all of a sudden? Obviously, they're trying to plan an encounter with their side piece and the last thing they need is for you to come home early and walk in on them while they're at it.

Your Partner's Got New Hobbies

They've never shown any interest in artwork, but suddenly, they're at an art workshop every Tuesday night. New interests are a huge indication that they might be cheating on you, especially if they've decided to do things like join a gym, when you couldn't get them off the couch to save their lives.

Cheating Runs In The Family

You've heard of the saying, "monkey see, monkey do," I'm sure. Well, if someone in your partner's family cheated on their significant other, chances are they've learned this not-so impressive family trait, and they might cheat on you too. Being faithful is difficult when someone didn't have a good role model to begin with. That shouldn't be used as an excuse, of course. If you absolutely feel like they're cheating on you, it's time to have the balls to sit down and have a heart to heart. Immediately.