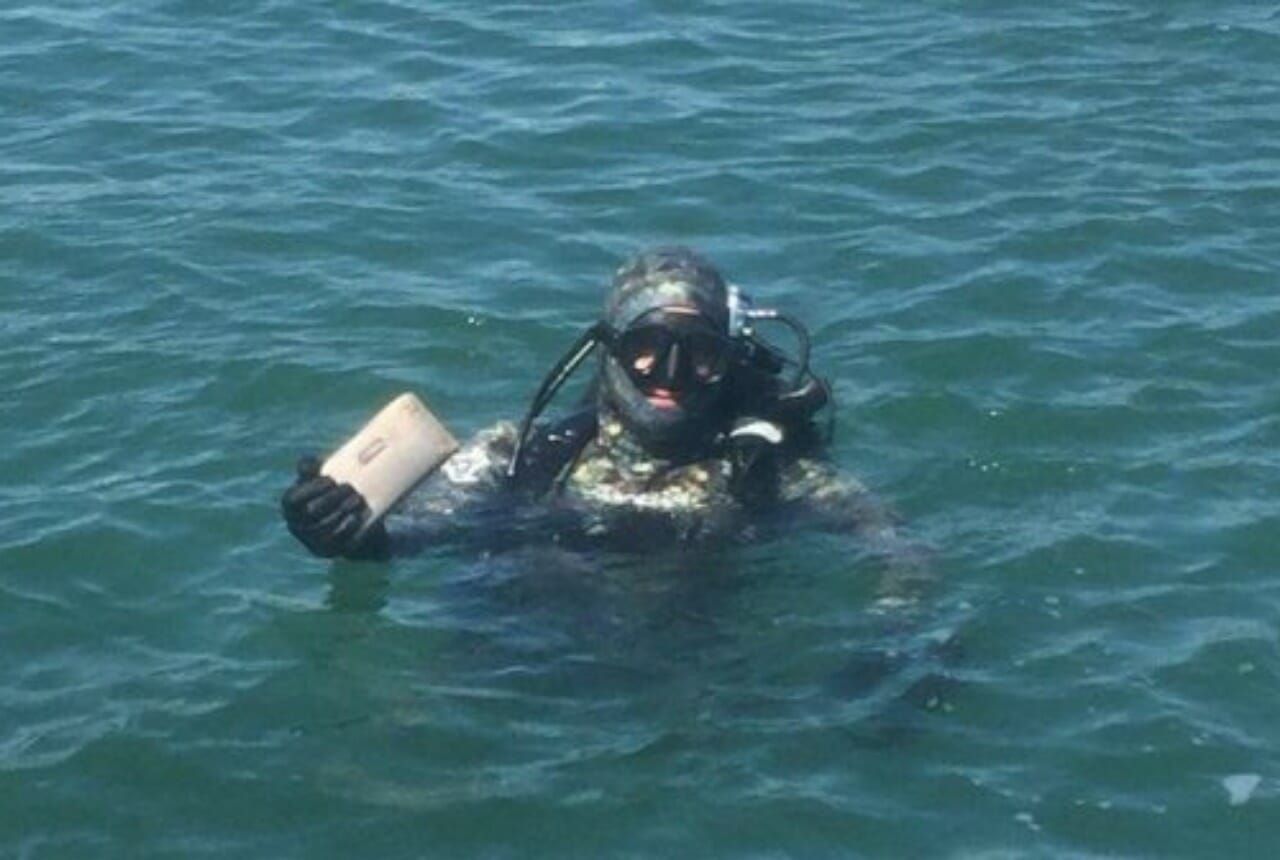 For one patron of Jimmy Gilleece's Red Dogs bar in North Carolina, a fun night out with friends turned sour after a visitor from New Mexico had her wallet stolen on the premises. And even worse, the wallet contained a $10,000 wedding ring. But what could have been a disaster turned into a heartwarming story of human kindness. Because Gilleece used every resource to return the pricey piece of jewelry to its rightful owner. He tracked down what happened to the wallet and hired a whole team to find the stolen wedding ring. And he did it all at his own expense. But that's not all. Because even given all that do-gooding, the story's only just beginning.

Jimmy Gilleece is the proud owner of Red Dogs "legendary surf/skate hang-out" bar located in Wrightsville Beach, North Carolina. Well-liked by friends and regular customers alike, this fun-loving father of two proved to the world that he is much more than the head of a local nightlife hotspot when he went above and beyond the call of duty while responding to a former patron's concern.

Out of the blue, Jimmy Gilleece received a panicked message from a former customer who recently dined at his Wrightsville, North Carolina bar. Explaining the reason for her distress, the woman quickly revealed that she believes she lost her wallet while chatting with friends at the outdoor seating area of his restaurant. Promising to follow up on her claim, Gilleece reviewed the security camera footage from the night of her visit.

Much to the former customer's horror, Gilleece soon discovered that her wallet wasn't simply lost or left behind--it was stolen. After reviewing the footage, Gilleece was able to pinpoint the moment that a young teenager spotted the item, hovered around it for a few moments, sat nearby and then snatched it before quickly hurrying away.

Instead of simply informing his former customer that her wallet was gone for good thanks to the sticky fingers of a passerby, Gilleece threw himself into the investigation. Soon after the New Mexico native reported her wallet as stolen to the Wrightsville police, Gilleece shared the image on his multiple social media accounts. With the help of locals, the offender was soon identified by name.

Due to Gilleece's social media sleuthing, the identity of the theif was soon uncovered. At just 17 years old, Rivers Prather came forward to claim his responsibilty for the theft and soon faced down the possibility of a felony charge. However, he defended his offense by claiming that it was little more than an act of desperation as he was homeless and starving at the time.

An Act Of Compassion

After Prather revealed to Gilleece that he only took the wallet in order to swipe enough money to buy himself a sandwich, the bar owner was still admittedly suspicious. "You know I still kinda didn't believe his story," he said. "His story was that he took the cash out because he hadn't eaten in two days and he saw the ring in the wallet and he threw it off the public docks into the water." However, Gilleece soon sided with the homeless youth and agreed that the theft was not committed with ill intent.

Believing the ring to be fake, Prather stuck to his claim that he tossed the wallet containing the expensive bit of bling into a nearby ocean channel. Now convinced that the wayward teen was telling the truth, Gilleece hired divers to recover the item. "Sure enough they came back up five minutes later with the wallet," said Gilleece. "And I just looked at Rivers and said, 'That ring better be in that wallet.' And it was. Everything he said was 100% true."

Jimmy Gilleece's commitment to following through on a good deed didn't end after the ring was found safe and sound inside the wallet. Once the Red Dogs bar owner informed his former customer of Prather's homelessness, she quickly dropped the charges against the 17-year-old. "He could have just said, 'Well I have you on camera, I'm giving the footage to police.' But he chose to help me, and I don't know what I would have done without his help," Prather admitted.

Moving On And Moving In

Moved by Prather's tale of hardship, Gilleece unbelievably welcomed the young thief into his home until he could find permanent housing. Along with giving the 17-year-old a warm bed and a roof over his head, the Red Dogs bar owner also gave Prather a job so he wouldn't be forced to swipe wallets to secure a good meal. In return, the teen promised that he will never steal anything again.

With the former Red Dogs customer in possession of her stolen property and Prather now on the right path, Gilleece has more than proven that there is still good left in the world. "I think it happened for a reason," Prather said of the whole ordeal. "My life would definitely be a lot different. You know, I'd probably still be sleeping outside right now if it weren't for Jimmy."