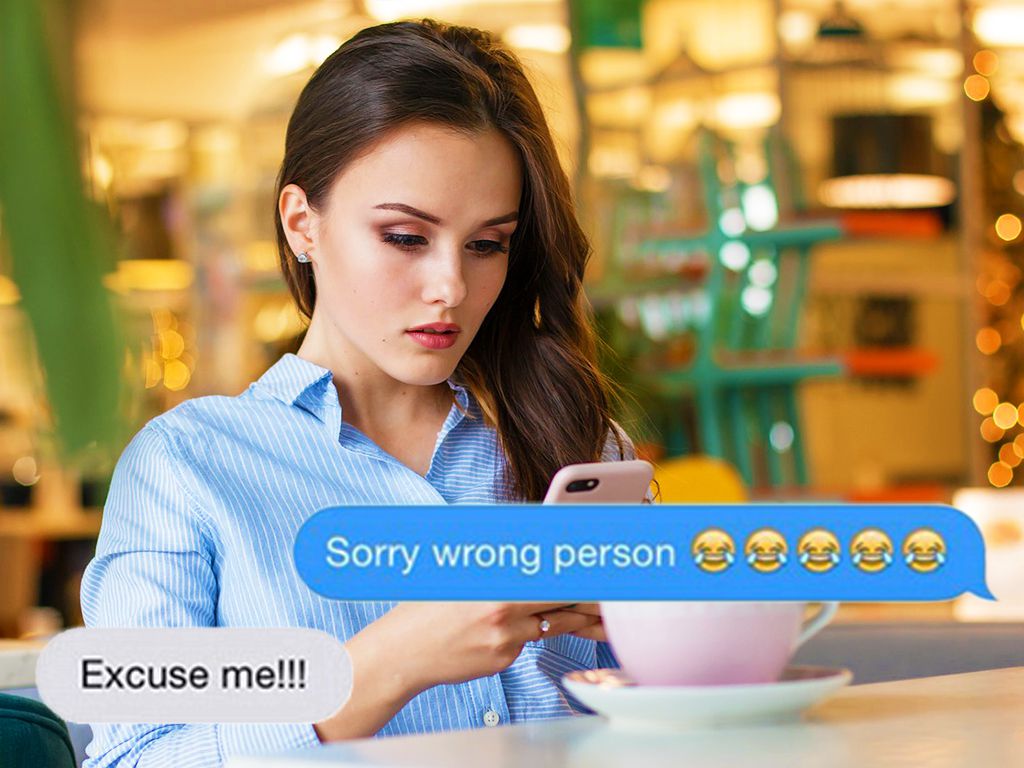 Text messaging has been around long enough that most members of the Gen Z generation have experienced some pretty embarrassing text mishaps in their lifetime. The older generation is lucky that they didn't have to deal with autocorrect!

These accidental texts caused some instant regret to their senders, and sometimes left the recipients wondering, "How did I raise a child like this?" Word to the wise: make sure you put your parents contact info in your phone as something very obvious.

"That Wasn't Supposed to Happen"

This is actually a totally sweet reaction to accidentally sending a text to the wrong person. Coming out is never easy, but it's so much better when someone reacts like this. The x's and o's prove that this mother is totally adorable.

I don't know what's more embarrassing, sending a nasty Valentine's Day meme to one of your parents by accident, or putting your parent's name in your phone as "Head Chief." Either way, both are pretty hilarious, too.

Always Check Who You're Texting

This sneaky mom decided to play the long game by not letting on that her daughter wasn't texting her friend until she got some more information out of her. There's no chance that this young girl will be sneaking out again anytime soon.

A kind and caring mom will always care more about your physical safety and health than the sordid details of your love life. It's probably better that she glossed over those details, for her sake.

"Dad" and "Dan" are Too Similar

It's embarrassing enough to send a text meant for your significant other to your parents, but sending private pictures to your parents is much, much worse. Luckily, this dad seemed to take it pretty well.

Dad Will Read Your Texts in His Business Meetings

Honestly, it was probably more embarrassing for this father to recite the words to "Milkshake" by Kelis in a board meeting than it was for the son to hear that it happened. Embarrassment is a two way street, son.

Just Go Along with It

It's alright to send your parents a message telling them that you love them every once in a while. But it's very confusing to do it by accident. Surely this dad was just happy that his daughter is in a sweet and loving relationship.

If you're ever caught sending the wrong message to someone, just blame it on a phone glitch! Honestly, it's a pretty plausible excuse and if you send an accidental text to your parents, they probably won't be able to dispute it.

There are many dangers to sending texts in a group chat! If you don't remember every single person who is in the group, you might end up saying the wrong thing to one of them sooner or later.

Telling your parents to ignore something is a surefire way to get them to do anything but ignore it. Unless that thing literally is your math homework, then they'll probably insist that you actually do it yourself.

Mom Just Doesn't Get It

Sometimes baby boomers or Gen X parents just don't understand the lingo and hilarious memes of their children, and maybe that's for the best. But if you're looking to annoy someone via text, it's better to go for a friend first.

At Least He Knows Now

Fathers used to only be able to provide great comebacks like this one to their bratty kids in person, but now that we have the technology to send a message in an instant from anywhere in the world, we all get to appreciate this clap back.

Honestly, if this texter was using that line as a pick-up line or a come on, it was probably going to be too corny to end up as a date anyways. Now we all get to appreciate a good, clean joke.

This father is teaching his son how to be a great man! Not only did he respond with humor instead of anger, but he also passed on a great lesson about the kind of women that his son should be looking for, and the kind of man his son will have to become to get a worthwhile relationship.

"We'll Talk When I Get Home"

Those are the dreaded words that a child never wants to hear from their parents. This young lady is probably going to get an earful from her mom as soon as she walks in the door, and there's no avoiding that conversation now!

She Still Loves Ya

Some moms are quick to believe an excuse, and that's okay. As long as their children aren't in danger, just let them make fools of themselves. And if they really are stuck in a tree, that can be someone else's problem to solve.

Isn't it strange how the autocorrect setting on your phone can change just about any word into its complete opposite?

Autocorrect at Its Best

Autocorrect is the leading cause of embarrassment between parents and their children today. Thankfully this girl caught her message mistake before her father did, and they can both laugh at the flub together.

"Why Would You Do This?"

It's usually parents who scar their children for life, not the other way around! It must be strange to see the children you raised grow up into meme makers, but that's the way the world works now.

In yet another case of someone sending a text message to their dad that was meant for someone named Dan, they kicked it up a notch by drunk cheese thieving. Drunk texting your dad is one way to guarantee a call from your dad where he asks if you're okay.

Disowned Over the Phone

Some people don't have the greatest relationships with their parents, and that's okay. But usually the parents have some idea that the relationship is sour and they don't find out over text, ouch.

Even though your parents had just as much fun partying when they were young as their children are having now, it's nice to check in with a text every once in a while to make sure that they don't go totally off the rails.

If you have a question to ask your mom at 1:44 in the morning, you should probably just wait until you get some rest before you ask her. Otherwise, she'll be starting her day wondering just where she went wrong raising her kids.

It's great that this mother had to make sure their son knew just who they were speaking to, because many moms don't know Lil Jon lyrics off the top of their heads.

This son is going to feel pretty funny when they reach the same age that their father is now and they're the one who's an old fart. The circle of life always comes back around to haunt you!