Camila Villafane
This Fatal Flaw Led to the Decline in the Popularity of Dome Homes February 12, 2021Leave a comment 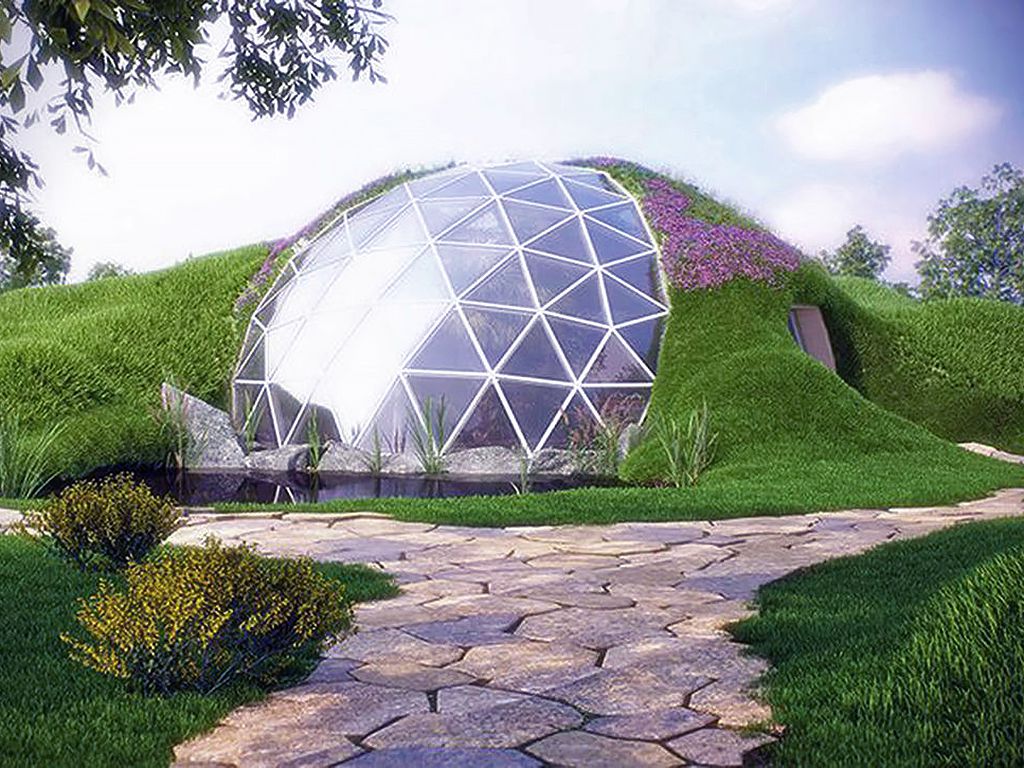 Dome homes were all the rage in the 1970s because they laughed in the face of traditional home design in a time when defiance was considered cool. They were also cost effective and looked futuristic, too. But the shape of these dome homes had a fatal flaw that ultimately led to their decline in popularity across America.

Some Dome Home Remnants Have Survived

There are a couple of dome homes still present in Trinidad, Colorado, that serve as a reminder of a time when these geodesic shaped dwellings were popular. But their exteriors fell into a a state of disarray. And most people would think twice before calling these shelters home. But that wasn’t always the case.

Everyone Wanted to Embrace Traditional Living

Back in the 1970s, people in their 20s and 30s were craving traditional living, which led many to migrate from the city to a remote countryside with practically no belongings. They were known as Droppers, and their goal was to live a simpler life.

They Wanted a Structure That Reflected Who They Were

Planting and growing food was an easy alternative to conventional supermarkets. But these bold pioneers still needed shelters. And yet, they wanted something that looked nothing like the homes they grew up in. "We wanted to create a structure that didn’t remind us of anything — a new kind of space in which to create new selves," said one person.

Many of these people had no idea how to build a home from scratch, so a lot of the early structures were similar to yurts. However, the Droppers felt that there was room for improvement. Fortunately, one visionary named Buckminster Fuller, came up with a plan a few decades earlier.

In 1954, Fuller, who was an architect among other things, patented a geodesic dome design based on a geodesic polyhedron. Unfortunately, no one seemed interested in his concept in the 1950s. But people seemed more willing to embrace his concept during the 1965 World Affairs conference in Colorado.

The Idea Intrigued a College Student

College student Clark Richert was intrigued by Fuller’s discussion of this mysterious dome made with interlocking triangles. The only problem was that Fuller’s design was still on the drawing board. And no one had figured out how to create the real McCoy.

They Drew Inspiration from a Greenhouse

Richert and his friend eventually found a geodesic greenhouse in someone’s yard. It was the most amazing thing they had ever seen. So, they measured the structure and built a model out of drinking straws. But could they build a life-size version of the dome?

They Searched for Scrap Material

Richert and his friends collected scrap material from any dumpster they could find. They also spoke with local builders about which approach was best for their project. Then, they went to the outskirts of Trinidad, Colorado, and began construction on what was intended to be a utopian city.

Once the panels were interlocked, the team painted the geodesic dome. "It was extremely exciting to have pulled it off," claimed Jo Ann Bernofsky, one of the residents in Drop City. "And it was wonderful and magical to be in this space that was totally unlike any space I’d ever been in before." But was it cozy on the inside?

The Droppers needed a place that would provide them with creative stimulation. So, Richert began construction on a “Theater Dome” where the Droppers could work on their projects. Meanwhile, word of this growing community started to spread, and one of Fuller’s supporters, couldn’t resist any longer and headed for Drop City.

An Inventor Came Up With an Upgraded Design

Steve Baer traveled all the way from New Mexico to lend the Droppers a hand in building more dome structures. As an inventor, Baer knew that the best way to make the domes stronger was by using metal from discarded cars. But he also provided them with a design that was larger and flexible. And he wasn’t done yet.

A Build-A-Dome Manual Was Written

"Seeing Drop City, especially the mistakes and weak materials, gave me great confidence," Baer explained. Then he decided to write the “Dome Cookbook” in 1968. The manual inspired others to start building domes of their own, and it eventually caught the attention of Lloyd Kahn.

Kahn was the shelter editor of “Whole Earth Catalog.” When he got his hands on the “Dome Cookbook,” the alternative high school teacher from Santa Cruz eventually worked with his students on the construction of 17 domes throughout California.

Khan used the knowledge he and his students learned from building the domes to publish a dome cookbook of his own called “Domebook 1.” Then, he published “Domebook 2” in 1971, and thousands of copies were sold. Before long, domes were popping up across the nation.

People started building geodesic domes from the west coast all the way to the east coast, and each structure was unique in its own way. "Living in a dome opens your mind," a former Dropper said. "No corners to hide in. Round like the sky." But soon, a problem crept up that no one could have foreseen.

As the interest in dome building continued, people started scrounging for materials left and right. This turned metal and other items that were once considered scrap into valuable commodities. But not everyone could afford high quality material. And to make matters worse, structural issues started popping up.

Not every builder was a professional, so some of the domes sprung leaks during a rainstorm, but that wasn’t the only problem. These dome dwellers learned that privacy wasn’t easy inside a dome, especially when people started having children. Eventually, people started losing interest in domes altogether.

Khan Was Over Dome Living

Khan himself was over the idea of living in a dome. "After four years of living in domes, the excitement of moonlight through overhead windows has worn off," he wrote. But what really made his heart sink was when he visited Drop City in 1972 and discovered something that left him speechless.

Drop City Had Lost Its Appeal

Drop City was no longer home to the Droppers. In fact, wayward travelers, biker gangs and substance abusers had moved in. The domes had fallen into a state of disarray, too. And that’s when Khan realized that his Utopian vision had crumbled.

It Was Lost and Gone Forever

After a couple of years, Drop City was no more and the land was turned into a truck repair facility and a cattle ranch in the 1990s. By this point, dome living was no longer popular. But there was one celebrity who still found the idea appealing.

The Domes Made a Comeback

In 2019, a couple of domes popped up in the California desert in Calabasas, but they were bigger than the counterparts of yesteryear. In fact, many of them were 50 feet tall and were made using tarp and curved wood.

They Were Different Than Earlier Models

These domes had a hole one the side that possibly served as some sort of entryway. Then there was a hole on the very top that might have acted as a smoke hole or used to stargaze. And yet, despite their design, their purpose was simple. But who was behind their construction?

It Was All Yeezy’s Idea

It turns out that the celebrity responsible for these domes was none other than Kanye West. Netizens recalled how he had promised to become “one of the biggest real-estate developers of all time” back in 2018. But he later explained what the purpose of these domes was.

He Was Trying to Do a Good Thing

Kanye explained to Forbes that the domes were supposed to “break the barriers that separate classes...the rich, the middle class, and the poor,” and alleviate the Los Angeles housing crisis. Unfortunately, some issues with the building permits forced him to do away with the idea and tear most of the structures down. But his intentions were noble. And who knows? Maybe someday, Kanye’s domes will make a comeback.