Only ’70s Kids Will Remember These Things! 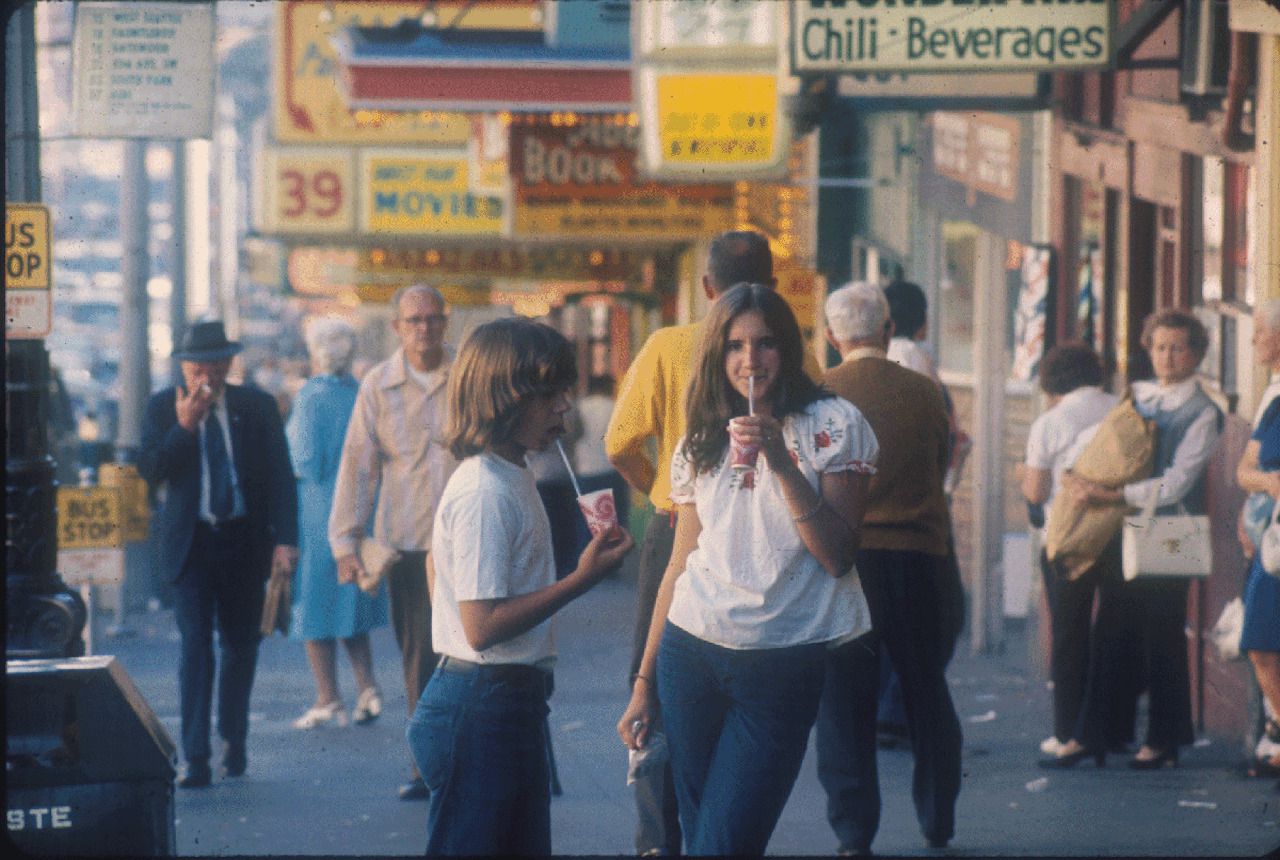 The ‘70s were a lot easier on kids. Toys were cooler. Parents were more lenient. The fashion was terrible, but the only evidence you wore it is old Polaroids. Here’s everything only true ‘70s kids will remember...

Kids in the ‘70s apparently had no clue how to keep a pair of jeans intact, so Sears decided the best course of action was to create Toughskins. The clothing line's sole purpose was durability. The clothes were crafted from a slick blend of polyester, nylon and cotton.

What exactly is shag carpet? Does anyone know? Best we can tell, it’s basically a dog for your floors, available in only the most horrendous colors. Sea foam green? Absolutely. Baby poo brown? 1,000%.

“Schoolhouse Rock!” premiered in January 1973 as a series of animated shorts by Bob Dorough. It taught ‘70s kids everything they ever needed to know about grammar, science, econ, history, math and civics, all in the span of a few minutes every Saturday morning.

Music, lights, the best of ABBA playing on the loud speakers. If you were a teenager who wanted to be seen in the ‘70s, you wanted to be seen at your local roller rink. You just had to be prepared to show off those sweet, sweet dance moves.

Hassocks were essentially the 1970s version of the modern footstool. Except instead of coming in modern, muted tones, the hassocks of days of old came in colors like lime green and textures like shag and pleather.

Tupperware had actually been around since the late ‘40s, and it had seen a rise in popularity in the ‘50s, thanks to Tupperware parties. But it was the ‘70s that really marked the height of Tupperware’s popularity. Avocado and burnt orange were the only colors in which to properly store leftovers.

In 1969, Apollo 11 put the first man on the moon. You know what America took away from the experience? Fashion. And what could possibly be more fashionable than astronaut boots? At least that’s what Italian manufacturer Tecnica Group thought when they created the moon boot in the early ‘70s.

Swinging around a couple of hard, plastic balls attached by a string to make some loud noises: What could possibly go wrong? Clackers were popular AF until they had to be taken off the market in the U.S. on account of injuring the children playing with them.

Not only did people not have or not use seat bels, but the use of a truck bed was an acceptable means of transporting a child. Anyway, it's true: Seat belts were totally voluntary until 1984, when the first law requiring passengers to wear them passed in New York.

Before vinyl had its big comeback, before CDs, and even before cassettes, there were eight-tracks tapes. The magnetic tape cartridges were all the rage in the ‘70s, but they were as finicky as they were popular. Cross talk, lack of tape motion, and mechanical issues plagued the bulky devices, rendering them obsolete by the 1980s.

By the late ‘70s, kids had had enough of wearing regular old underwear. What they needed — what they deserved — was underwear that mimicked their favorite superhero’s costume. Enter Underoos, created by Fruit of the Loom in 1977.

Back in the day, no one gave a damn about the effects of ingredients in things — toys, houses, whatever. So lead was added to paint without a care in the world because it dried faster and lasted longer. Sure, it could cause permanent nerve damage, but think of the durability.

Toys That Could Kill You

It wasn’t until 1978, when a 4-year-old boy shot himself in the mouth with a plastic missile from Mattel’s “Battlestar Galactica” Viper toy and suffocated on it, that "choking hazards" became a thing. Until that point, it was just play at your own risk.

Straining pasta today is easy: You just dump your pot of boiling water over a colander and let the bowl do the work for you. A few decades ago, however, straining things meant you had to wrestle with a handheld spoon that kind of, sort of worked. Essentially, you had to earn your pasta.

Before the introduction of Diet Coke in 1982, the Coca-Cola Company gave the world Tab, a diet soda sweetened with cancer-causing saccharine. It was delicious, however, and people everywhere trying to fit into those teeny tiny bathing suits certainly appreciated its “diet” factor.

Multi-purpose: the unofficial motto for everything that came out of the 1970s. Wood box TVs weren’t just bulky and incredibly difficult to move; they were pieces of actual furniture, built to house family photos and knickknacks aplenty.

Creepy Crawlers were “activity toys” originally created by Mattel in the mid-‘60s. They basically involved pouring a mystery liquid chemical into molds and heating them over a hot plate until they cured and turned into various bugs and other things. Safety was not a concern pre-1980.

Here's another example of the total lack of safety concerns in '70s children's toys: lawn darts. These were actual darts that toy companies turned into outdoor games for kids of all ages. They were banned in the U.S. in 1988 after a 7-year-old girl was killed by one in her backyard.

Macrame. Was. Everywhere. Need a new shirt? Macrame. A plant holder? Macrame. A blanket? Macrame. There were how-to books, shops and grandmothers. It was quite possibly the most versatile textile of the entire decade.

Streamer barrettes were the hair equivalent of friendship bracelets in that they were cheap as hell, easy to make, and if you weren’t wearing one you just weren’t in fashion. Seriously, a girl in the ‘70s needed at least three in every color.

Created in 1975, the mood ring supposedly predicted its wearer’s mood based on the changing color of its stone. In reality, it was made from a material that reacted to the temperature of the wearer’s skin. But that’s beside the point.

Back when the “hashtag” key was actually the “pound” key, rotary phones were the only way to dial out. They involved using a finger wheel to dial each number, which basically meant that any friend with a lot of zeroes in their phone number was your least favorite to call.

Bringing the arcade into the living room was a huge deal, and Atari managed to accomplish just that in the 1970s. Who knew that a simple console would go on to spawn one of the biggest industries in the entire world?

Sold via the backs of comic books, Sea-Monkeys were perhaps the greatest marketing campaign in the entirety of the 1970s. They weren’t actually monkeys of any sort. Instead, they were just some sort of hybrid brine shrimp. But to kids across America, they were magical.