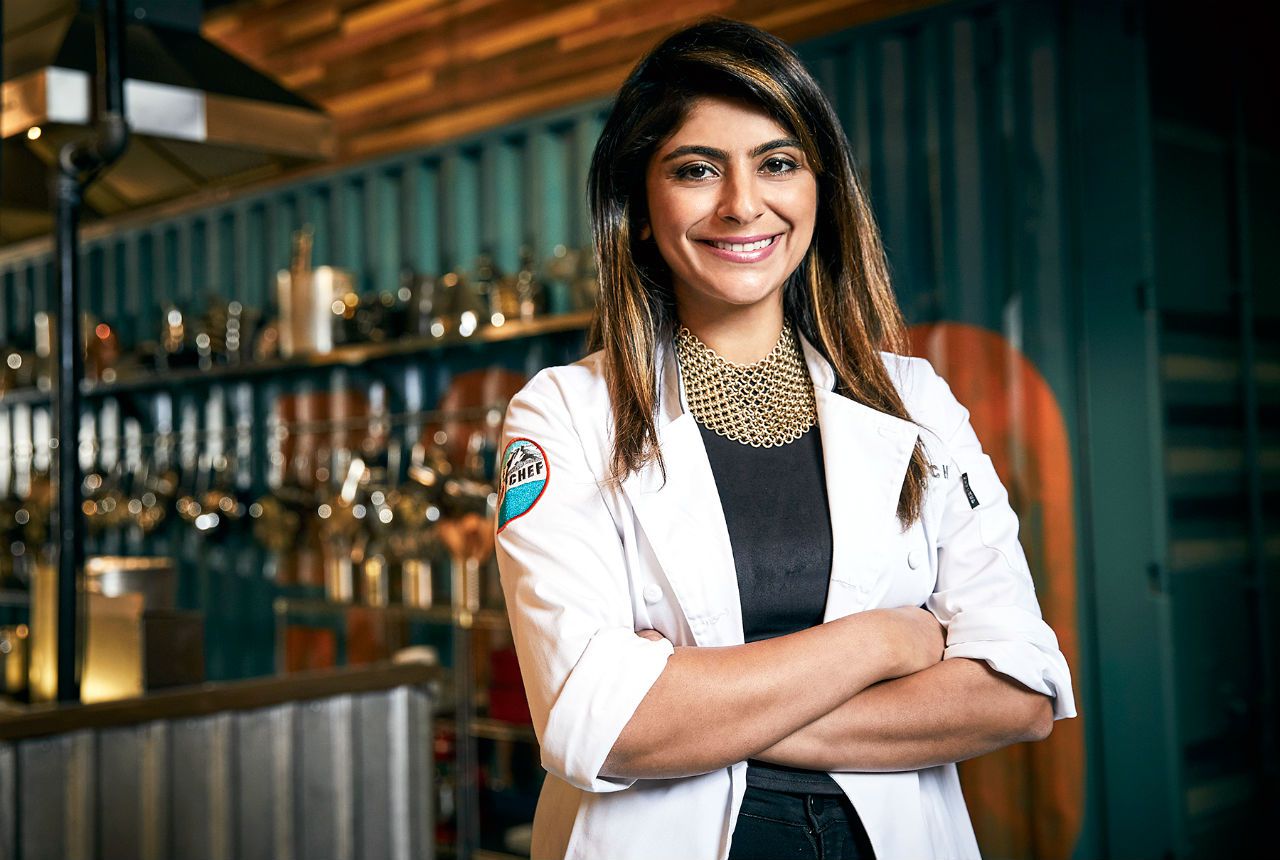 Fatima Ali was a rising star in the culinary world. She was a new favorite in food television. And the culinary world considers her to be one of the most innovative women in the field. Plus, she achieved all that before the age of 30. So Ali's future looked bright. But then came a devastating diagnosis...

Even as a kid, Fatima Ali knew she wanted to be a chef. She had begged her parents to let her attend culinary school. And after a long battle, they caved. But with one caveat. Ali's mother told her that if she was going to be a chef, she would have to be the best.

[dx_custom_adunit desktop_id="RTK_K67O" mobile_id="RTK_5yk0"] At 18, Ali left her hometown in Pakistan and made her way to the United States. She attended the Culinary Institute of America before starting her career with the Patina Restaurant Group in New York City.

Ali worked as a junior sous chef (essentially the assistant to a kitchen’s second in command) at Cafe Centro. But the position was short-lived, and Ali had too much drive to be stuck as a “junior” anything for too long.

For 18 months, Ali worked her way up the food chain (so to speak) with Patina. She wound up at Macy's Stella 34, a new Italian restaurant, where she served as the youngest executive sous chef the company ever had.

[dx_custom_adunit desktop_id="RTK_K67O" mobile_id="RTK_5yk0"] In 2012, Ali began her on-screen culinary competition career with the “A Guts Reaction” episode of Food Network’s "Chopped." Having to work with poultry intestines and red miso was a challenge, but Ali came out victorious.

The Road to Top Chef

By 2017, Ali had worked as an executive sous chef at La Fonda Del Sol in New York. She had been the first Pakistani woman ever to win "Chopped." And she had her sights set on opening her own restaurant.

By the time Ali was cast for "Top Chef," she had already made a name for herself in the culinary world as an innovative young chef. With her combination of Pakistani flavors and spices along with a modern technique, it seemed Ali would be an early frontrunner.

[dx_custom_adunit desktop_id="RTK_K67O" mobile_id="RTK_5yk0"] In its 15th season, Bravo’s "Top Chef" was well-established as a launchpad for culinary careers. And along with a slew of new talent, including Ali, the season brought on four returning competitors. So Ali had her work cut out for her.

Ali made it through nine of 14 episodes and landed in the top most weeks. Although her "Blue and Orange" nachos cost her the competition, the young chef wound up being voted fan favorite by the end.

In December 2017, Ali received the shock of her life. She had Ewing's sarcoma, a rare form of cancer. She underwent chemotherapy, as well as surgery that took 30 percent of bone and tissue from her left scapula, which permanently affected her range of motion.

[dx_custom_adunit desktop_id="RTK_K67O" mobile_id="RTK_5yk0"] Doctors warned Ali about what Ewing's sarcoma would do to her taste buds: "Iron and rot taking over sweet and savory," as described it. As a result, she sought comfort in the foods of her childhood.

A Dream in Vivid Color

For nearly a year, Ali struggled with her desire to cook and her inability to fully embrace its preparation. "I know that my love for food and cooking is so strong inside me that even cancer can’t cut it down," she said. "I dream in vivid color — of pad thai and pastina and, in my haze of medical-marijuana-induced munchies, I chow down, relishing every bite."

Hope for the Future

Ali held out hope for the end of her struggle with cancer. "I know I’ll never quite be the same, and that’s OK," she said. "I know I’ll be different, and, despite the worry that settles into me every time I wake up, I look forward to meeting that woman one day."

[dx_custom_adunit desktop_id="RTK_K67O" mobile_id="RTK_5yk0"] But things took a turn for the worse nine months after Ali’s initial diagnosis. Her cancer had returned, this time affecting her left hip and femur bone. With or without chemo, there will be no coming back from this one.

Ali’s doctors gave her a year to live. "I was looking forward to being 30, flirty and thriving," she said. "Guess I have to step it up on the flirting. I have no time to lose."

[dx_custom_adunit desktop_id="RTK_K67O" mobile_id="RTK_5yk0"] For Ali, making the most of her last few months meant letting go of everything on which she held back before.

"Making reservations at the world’s best restaurants, reaching out to past lovers and friends, and smothering my family, giving them the time that I so selfishly guarded before," is how she described her new priorities.

Noma is a two-Michelin-star restaurant in the heart of Copenhagen, Denmark. Between 2010 and 2012, and then again in 2014, Restaurant magazine named it the best restaurant in the world. Ali leveraged her terminal diagnosis by sliding into Noma’s DMs for a shot at a table. And it worked.

Ali has decided unabashedly to use her situation for her own benefit. She wants to try something new every day. "I used to dream of owning my own restaurant," she said. "Now I have an ever-growing list of the ones I need to visit."

[dx_custom_adunit desktop_id="RTK_K67O" mobile_id="RTK_5yk0"] Ali admits she's dealing with her diagnosis better than anyone expected. "Everyone’s amazed that I'm taking it so well," she said. "But when you hit rock bottom, there really is no place to go but up."

Ali's made the decision to do what she wants when she wants it. That includes having a stylist come to her hospital room just to buzz half her hair and bleach the rest of it.

Although Ali’s doctors have given her a year to live, she tends to feel less optimistic. "I’m scared," she said. "I suspect I won't last very long. There’s a faint feeling deep inside my gut like a rumble of passing air, ever expanding and filling slowly until, one day, I’ll pop."

[dx_custom_adunit desktop_id="RTK_K67O" mobile_id="RTK_5yk0"] So Ali's figuring out how to make the most of her time with the people that she cares about. But it isn't easy. "I have to learn how to ask for forgiveness without expecting to receive it," she said. "It's probably the most frightening thing I have ever had to do."

For her entire career, Ali wanted to be a role model for young Pakistani women. She had hoped to be proof that one can achieve one's goal as long as it's coupled with determination and self-assurance.

Reckoning with her own mortality has helped Ali reexamine what's important to her. As she faces the end, she's realized it really is the little things that count. "I was always deathly afraid of being average in any way," she said. "And now I desperately wish to have a simple, uneventful life."