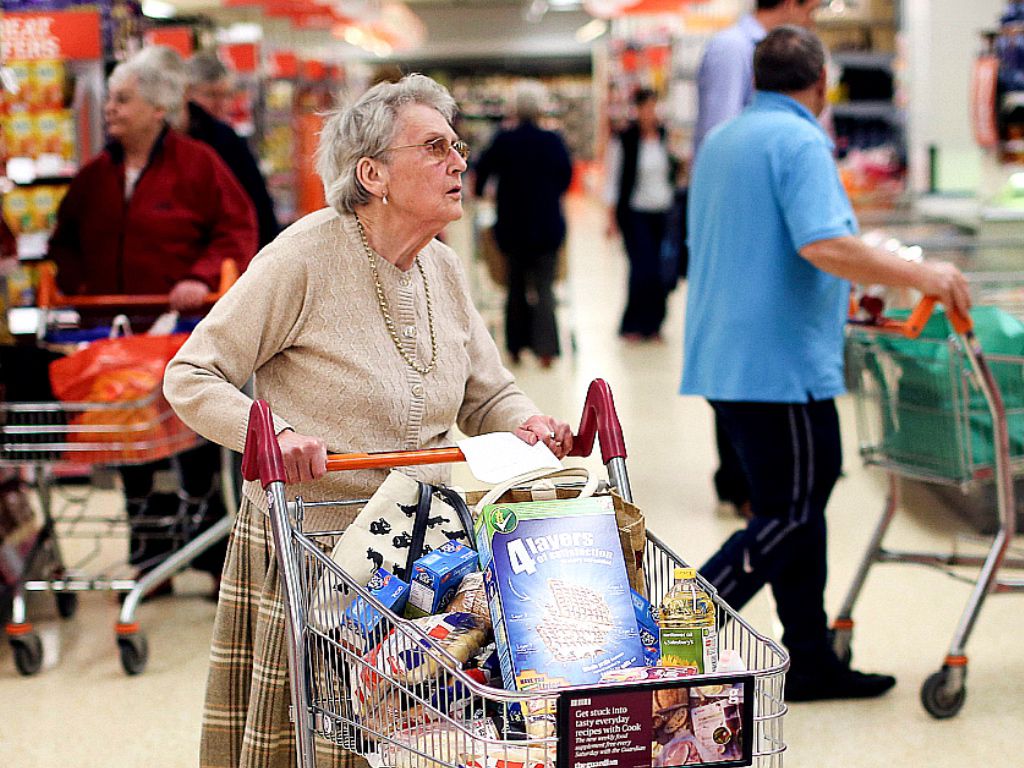 Life isn’t always fair. That’s something an elderly woman learned the hard way when she didn’t have enough to pay for her groceries. But then, a mysterious man called Ryan O’Donnell walked into her life and left her in tears.

He Was About to Become Famous

Ryan O’Donnell was a father of two who was living in Wyoming in New South Wales, Australia. When he woke up that morning, he had no idea he was about to do something that was going to splash his name and face all over the news.

No One Could Stop It From Happening

He left the house on February 2017, completely oblivious to the fact that his life was about to change. It was written in the stars, and his kids were going to witness the life-altering event that would leave an elderly woman completely overwhelmed.

He Could've Kept to Himself

O’Donnell had gone to Wyoming Coles, a local grocery store in his neighborhood to buy some food for himself and his kids. He could've just walked down the aisle and picked food from the shelves and minded his own business. But he had no idea he was about to commit an unforgettable act.

He Was Ready to Check Out

Once he was sure he had gotten all that he needed, he headed for the nearest checkout line. He considered himself a patient man, but he was about to do something people don’t do, and worst of all, someone had their camera phone handy.

He Wanted to Get Out of There

There was an elderly woman in front of O’Donnell. He figured she would be done quickly and then the cashier would ring his stuff up. He could already see himself heading home, but that just wasn’t in the cards.

He Assumed He Was Safe

He had barely noticed the woman, but assumed she was no threat to him, so he kept to himself. But he hadn’t realized that she was about to take something very valuable from him that he would never get back.

She Feared for the Worst

Then again, the elderly woman had problems of her own. She had gone to the register happy as can be with her groceries, but she was afraid something was going to go very wrong today, and she was right.

She Had Been Declined

The cashier had rung up all of her items. So, when the time came to pay up, the elderly woman provided her with a debit card. But when the cashier swiped the card, the system said it was declined. What was she going to do?

It Refused to Let Her Pay

The woman had every intention of paying for her groceries, but her debit card continued to get declined. She asked the cashier to try again, but it didn’t work. So, they escorted the woman away from the register. But she wasn’t done with the grocery store just yet.

She Had Insufficient Funds

The woman was taken to the front service counter to continue trying her debit card, but the system declined her card because she had insufficient funds. At this point, her situation looked grim, and she was growing more anxious by the minute.

He Couldn’t Forget About Her

Meanwhile, O’Donnell was finishing up at the checkout counter. His groceries were bagged, and he was ready to pay. But something about the woman that had been in front of him tugged at his heart strings, and he couldn’t get her out of his mind.

She Reminded Him of Someone

The elderly woman wasn’t O’Donnell’s family. For that matter, she wasn’t his friend or his neighbor, either. But there was something about her that felt familiar and that feeling motivated him to act, but he had to do it fast.

He Didn’t Know Her Personal Story

O’Donnell didn’t know anything about this lady. Maybe her bank had made a mistake. For all he knew, she could've been struggling to make ends meet. Whatever the reason, he couldn’t wait much longer.

As he walked past the front area where the elderly woman was standing, he saw that she was still struggling to pay for her merchandise. So, he reached into his pocket and took out something that blew her away.

He Needed to Help Out

O’Donnell asked the cashier how much the woman’s total was, and she told him it was $44. So, he gave the elderly woman $50 so she could pay her total and avoid any further embarrassment. But he didn’t know someone was watching him.

Helping Wasn’t a Big Deal to Him

It wasn’t like the elderly woman’s total had been astronomical, so he didn’t mind lending a hand. Besides, anyone can find themselves a little short on cash and O’Donnell understood that. So, paying for her groceries was no big deal to him. But it was for someone else in the line.

A Customer Documented Everything

There was another customer nearby known on Twitter as Luke or @Boycey1105, who had witnessed the entire thing and there was no way he was going to pass up the chance to capture it on his phone.

Faith in Humanity Was Restored

Although life can often kick you when you're down on your luck, there are always a few folks out there who can restore our faith in humanity. O’Donnell was certainly one of those individuals as Twitter users were about to discover.

The Act Made O’Donnell Famous

When Luke uploaded the photo on Twitter, he wrote in the caption: “This guy at Wyoming Coles who just went through the register with his two kids paid for this ladies groceries when her card kept declining.” Soon, everyone wanted to know who the good Samaritan was.

Since the photo went up, it has been retweeted 286 times and liked 798 times. But news outlets didn’t know who O’Donnell was. However, after an extensive search, they were able to locate him. But would he tell the world why he did what he did?

O’Donnell Was Identified as the Culprit

Once the story went viral, O’Donnell was identified as the good Samaritan, and a local news station conducted an interview. After sitting down with “The Today Show,” he told viewers what they had been dying to know.

He Couldn’t Walk Away

“So I just could not walk away,” he told hosts Karl Stefanovic and Lisa Wilkinson. “That’s how my mum and dad brought me up.” But did he and the lady keep in touch after this?

She Offered to Pay Him Back

The elderly woman had offered to pay him back as soon as she could, but he refused. "I said, look, don't worry about it. It's only $44. You'll be right," he explained on “The Today Show.” But that was the last time they would talk.

Their Paths Would Never Cross Again

O’Donnell and the elderly woman had never met until that day and they never met again since the incident at the grocery store. But he doesn’t regret doing what he did and here’s why.

"She's a beautiful lovely old lady. She reminded me of my nan or grandma. I just could not walk away, said O’Donnell. If more people followed his example, the world might still have a shot.