The Wildest and Most Unusual Engagement Rings Money Can Buy

Camila Villafane
The Wildest and Most Unusual Engagement Rings Money Can Buy July 30, 2019Leave a comment 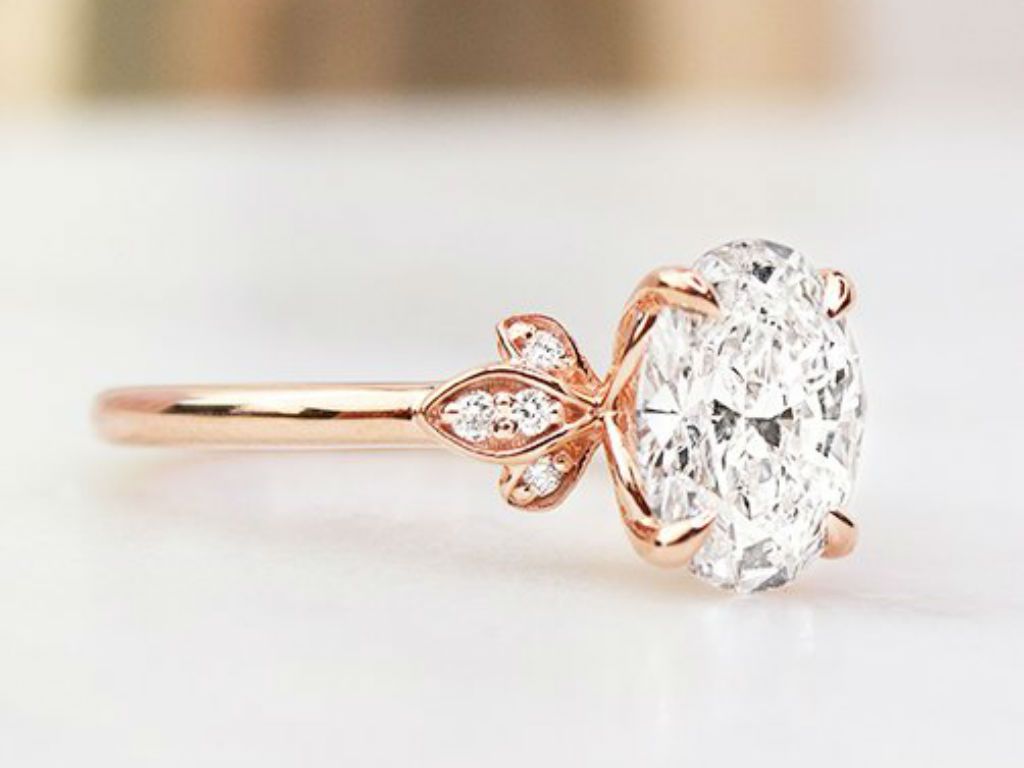 Most folks expect to get a gorgeous engagement ring when they're proposed to. Others wouldn’t mind if their partner asked for their hand in marriage with one of the wildest and most unusual engagement rings money can buy. But some of these are so weird, they’re kind of a cringefest...

The concept of a traditional wedding band may become a thing of the past now that people are opting for dermal rings. Instead of a band, millennials are getting diamond dermal piercings on their fingers. It might look kind of weird, sure, but we're totally living for it.

In a Galaxy Far Far Away

If you’re a Star Wars fan with about $4,000 and looking to propose to your Princess Leia, then this R2-D2 engagement ring should do the trick. It was made by Pittsburgh-based designer Paul Bierker using sapphire baguettes, diamonds, and white gold.

For the MJ in Your Life

All you Peter Parkers out there should really consider spending about $5,140 on this Spider-man engagement ring. It will definitely win the heart of the Mary Jane in your life so you can web-sling happily ever.

If you think your relationship is a total fairy tale, then you should consider proposing with this bear tooth ring inspired by a Grimm tale of Snow White and a prince who was turned into a bear until true love’s kiss makes him human again. Oh, and the price is not so bad. You can find it on Etsy for $130 and up.

If you really want to get bae to say yes, (more like scream it!) then get this stunning 59.60-carat pink diamond. Well, that is if you got $71.2 million lying around. The gemstone ring is considered one of the most expensive rings on the planet.

If you’re both into one of science fiction’s most long-running and popular space shows, then propose at warp speed with this Star Trek themed ring so you can live long and prosper together.

This is the perfect ring for the Doctor Who fan in your life. It’s stylish and full of diamonds. On average, diamond engagement rings can set you back around $3,000 and up. But you can find a similar model for $130 on Etsy. Then you can travel through the time streams of your lives together just like Doctor Who did with his beloved River Song.

This titanium Pac Man ring with gold and ebony wood inlays is super quirky and unique, (to say the least!) The future Mr. or Mrs. Pac-Man in your life will undoubtedly fall head over heels in love once you get on your knees and pop the question.

This engagement ring’s 8-bit video game design will allow your significant other to geek out hard over this rare beauty. It has a diamond in the center, and who could say no to a girl’s best friend? Plus it's only $599, which is just peanuts when you compare it to other rings.

You don’t have to take out a second mortgage on the house to afford this bad boy. For $820 you can propose with this circuit board ring that is bound to win the love of the techie significant other in your life.

A Piece of the Triforce

Every Legend of Zelda game player knows how invaluable the Triforce is, and if your partner is a major gamer, they'll absolutely love this yellow gold Zelda engagement ring that’s worth $810.

By proposing with this $1,850 ring, it’s like you’re saying you want to dance with your bae for the rest of your life because the pink sapphire looks exactly like a disco ball. Heck, that rock is so big, it even looks like the ball that drops in Time Squares every New Year.

Vivid Green in a White Rose

You don’t see too many people walking around with a rose-cut white diamond with a green diamond in the middle. If you like opulent jewelry like this ring, then you'll have to contact Tiffany & Co. to get the price. A model this excentric won't come cheap.

Ring for a Star

This Selim Mouzannar star ring comes in pink gold with diamonds and morganite and it’s a measly $1,880. Alright so you might need a second job to pay for it, but the star in your life deserves this, right?

Gotta Catch the One

If you’re a fan of Pokemon, (and you've got at least $500 to spare) then there’s no better engagement ring than this piece that was inspired by a Pokemon ball. But fair warning, once your significant other says yes, you would've finally caught the one. So don’t go around trying to catch em all!

Some people might say that this ring is a little too over the top. But who could say no to an 18 karat gold ring with amethyst, tourmaline, citrine, sapphire and small diamonds on them? Prices start from $1,000 and up.

Think Outside the Box

The $4,700 baguette square ring from Lizzie Mandler is pretty quirky and cutesie. But it’s also a surefire way to get your partner to say yes. Plus, it shows that you’re the kind of person who thinks outside the box.

The 14 karat white gold decoder ring looks like something out of “The DaVinci Code” and has three bands that rotate and when lined up, will decode secret messages. But as an engagement ring, it will decode your way into your s.o.'s heart. Prices start at $1,400, but the ring is seriously adorkable, it's worth every penny.

Ring of the Spiderwoman

If they're not into Spider-man but they love spiders, get them this non-traditional pavé diamond spider engagement ring. Horror film director Nick Carpenter gave this to Bridget Marquardt and she absolutely loved it!

Is there anything better than matching engagement rings? How about a pair that looks like a phone plug and phone jack? It’s perfect for a couple of IT nerds who love ethernet cables and technology almost as much as each other.

If you really want to connect with your fiancé, then get them this beyond unique USB flash drive ring so you can share a life and some data, too. But this isn’t a novelty ring. That rock on top is a legit crystal from Swarovski.

The Power of Three

Alright, so the metal band looks like it’s just gone a few rounds with a trash compactor and lost. But who would complain about owning a $2,550 ring from Love Adorned that doesn’t just have one but three diamonds?

You already think of your boo as a queen or king, so why not give them a crown they can wear on their finger? This $2,080 diamond pawn ring might look like something you’d find at Claire’s but it's quirky enough to catch everyone's attention.