Camila Villafane
Wife Storms Out of Restaurant After Seeing the Waitress Pass Her Husband a Note February 24, 2020Leave a comment 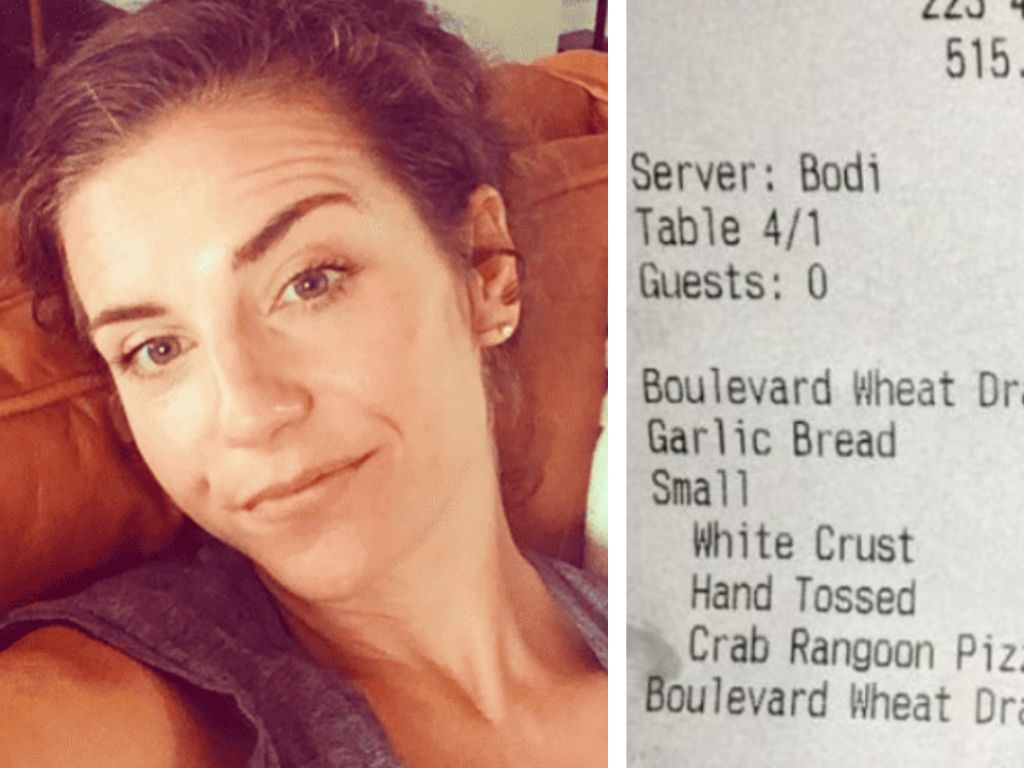 Jackie Johnson-Smith knew that being a mom wasn’t easy, but nothing could have prepared her for what happened at Fong’s pizza parlor in Des Moines, Iowa. What started out as a lovely outing with her family turned into a shocking experience for Jackie once the waitress had the nerve to pass a secret note to her husband.

She Chose a Civilian Life

Jackie Johnson-Smith was a former member of the United States Army, so she was used to dealing with all kinds of sticky situations. Once she left the army, she got a new job with the Iowa City Community School District and settled down. But adjusting to civilian life wasn’t always easy.

She Started a Family

In 2007, she married her one true love, Tom Smith, and eventually, it wasn’t just the two of them anymore. She had three adorable sons and promised herself that she would do her best to ensure that her kids had everything they could possibly need. But this wasn’t always easy, not even for an army veteran.

Being a Mommy Was Tough

Johnson-Smith was working very hard to make sure that her family was happy. Keeping everyone healthy and safe was a juggling act, but she wouldn’t have traded her new life for anything in the world. Unfortunately, nothing in her experience as a former military officer could have prepared her for what happened next.

She Liked Having Fun

Despite their hectic work schedule, Johnson-Smith and her husband made sure to make time for some fun. So, they threw Halloween parties and dressed up in costumes, turning the whole fam into the embodiment of #familygoals. They also enjoyed going out to restaurants, but one of their night outs left Johnson-Smith shaken to her very core.

They Decided on a Pizza Night

It happened on July 14, 2013. Johnson-Smith and her family went out to Fong’s, a local pizza parlor on 4th Street in Ankeny. They had never been there before, and had no idea what to expect. Would the food be delicious? It didn't matter to them. All they wanted was to have a good time together as a family. But their joy was quickly interrupted when one of their family members started acting up.

Her Youngest Got Very Grumpy

Although her other two kids were enjoying their pizza experience, her youngest child was having a tough time, because it was way past his usual bedtime. He wanted milk, but Johnson-Smith didn’t use formula, so there was only one other option, and it was the same one she had used with her other children.

He Was Insanely Hungry

Johnson-Smith had breastfed all of her children, but this was a different situation. She wasn’t with her baby alone in her car or in the comfort of their own home. She was at a restaurant, but she couldn’t let her child starve while she stuffed her face with food. So, she started breastfeeding him while secretly hoping it wouldn’t cause a scene. Unfortunately, she was wrong.

She Had to Breastfeed in Public

There are a lot of women out there who proudly breastfeed in public places and stand by the fact that it’s perfectly natural to feed your baby whenever they're hungry. Johnson-Smith felt the same way, so she covered herself up and started breastfeeding her baby, but then something happened that made her wish she hadn’t.

Someone Was Spying on Her

At first, she had no idea that someone was watching her family while she fed her baby. But then, she noticed that a waitress was spying on her from a distance. She didn’t think much of it at first, but eventually, she started feeling very uncomfortable because of the nosy waitress.

She Left the Table in a Hurry

The waitress walked by their table repeatedly. At that point, Johnson-Smith decided to give in. “Having a fussy baby I nursed him for awhile in the booth and eventually left the table early as to not disrupt the restaurant,” she wrote in a Facebook post, reported by KCCI-TV. That’s when the waitress made her move.

The Waitress Slipped In a Note

Johnson-Smith didn’t want her family to get kicked out of the restaurant, so she went to the car to finish feeding her child. But while she was away, the waitress, named Bodi Kinney, walked up to the table and slipped her husband a note, and what it said was so outrageous that he walked out immediately.

The Waitress Wanted to Thank Her

Johnson-Smith's husband stormed out of the restaurant with their kids and showed his wife the note that their server, Kinney, had written. It read, “I bought one of your pizzas… please thank your wife for breastfeeding!!” This left her at a loss for words.

“I was speechless and emotional. Although I don’t need a pat on the back for feeding my child, it sure felt amazing. It is amazing how we women can make each other feel when we empower each other,” Johnson-Smith continued on her Facebook post. Fortunately, she had a better experience than other women.

“It’s kind of taboo and society kind of frowns upon it. We need to come together and support each other when it comes to nursing our children,” Kinney told FOX4KC. And when Johnson-Smith was asked if she had ever been discriminated for nursing, her response was heartbreaking.

She Felt Uncomfortable and Unwanted

“I have definitely been made to feel uncomfortable and unwanted,” Johnson-Smith told Café Mom. Society has made mothers like her feel afraid when it comes to nursing in public, but ironically, no one gets offended when a formula feeder feeds her baby. This was something she wanted to change.

Nursing Mothers Get Shamed All the Time

Sadly, nursing has become stigmatized and people have a tough time normalizing it, which is why so many mothers tend to get shamed when they nurse in public. In the meantime, Johnson-Smith wished she had thanked Kinney that day, but sadly, she hadn't.

But She Found a Way to Thank the Waitress

Johnson-Smith did not walk back into the restaurant to thank Kinney that night, but she did find her waitress's husband on Facebook and messaged him. She told him about his wife’s incredible deed and asked him to pass along her gratitude. She also shared something about that night that Kinney never knew.

She Gave Her the Best Birthday Gift

“Unbeknownst to her at the time it was also my 33rd birthday,” Johnson-Smith wrote on the Facebook message to Kinney’s husband. “I felt an amazing sense of belonging and optimism that day because of your wife's beautiful sentiment that is still carrying me days later,” she added. Kinney’s small gesture was anything but small.

Bodi’s Gesture Made a Huge Impact

In the message, Johnson-Smith went on to explain how Kinney’s gesture was refreshing and a testament that women need to support one another to help society normalize nursing in public. This is something that continues to resonate with Johnson-Smith to this day.

She Was Thanked for Something That Was Natural

She couldn’t believe that someone had thanked her for doing something that’s biologically natural, but it truly touched her heart. She was so elated that Kinney, who was a total stranger, paid for one of her family's pizzas with her own money. But there was another reason why the waitress had taken the time to do something so kind.

The Waitress Had Been in Her Shoes

Kinney knew what Johnson-Smith had gone through while nursing in public, because she had nursed her baby, too. So, she'd also received plenty of negative reactions whenever she did it. In fact, she recalled a time when she had to leave her daughter’s school play to nurse her 8-month-old because she was afraid of offending the other parents in attendance. So, she wanted Johnson-Smith to know that it was okay to do something that's completely natural in public.

She Wanted to Spread the Message

Johnson-Smith didn’t just want to keep what had happened to herself. She wanted to spread the powerful idea that Kinney had so amazingly set into motion. So, she took a photo of the bill and posted it on Facebook on July 14, 2013. But she had no idea that the story would go viral.

Johnson-Smith's photo and story broke the internet. Her post became an instant hit on Facebook, and she had her family and friends to thank for that. When they read what had happened, they started sharing the post, and before long, it gathered some serious traction.

Her post eventually spread around the world as it continued to get shared over 3,000 times. She never imagined that posting about her story would touch so many people around the globe, but it sure made her feel empowered.

Their Actions Restored Faith in Humanity

There are a lot of new mothers out there who have a tough time feeling confident while nursing in public. But the actions of one waitress and a grateful mother has restored faith in humanity’s ability to not judge someone for doing something that is a natural part of life.