The Weirdest TaskRabbit Jobs People Actually Got Paid to Do

Matthew Loffhagen
The Weirdest TaskRabbit Jobs People Actually Got Paid to Do March 11, 2019 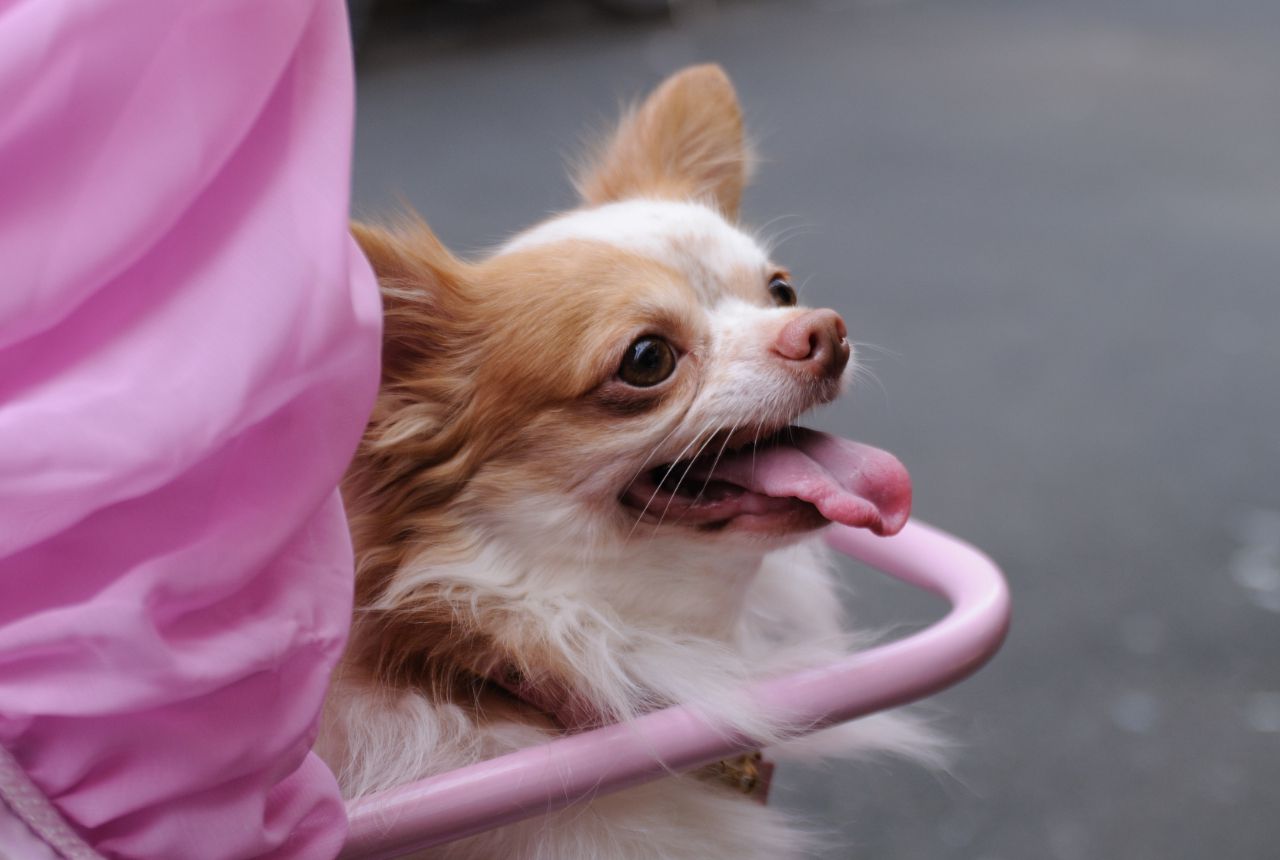 TaskRabbit is a freelancing website that lets clients hire "taskers" to do odd jobs. But as you probably can guess, this means there are some weird jobs out there. So let's take a look at some of the weirdest TaskRabbit jobs in the company's history.

Dress Up as a Hot Dog

Sometimes you need a hot dog. One TaskRabbit client wanted to throw his friend, Frank, a birthday party with the theme "All Things Frank." So, to make the party complete, he hired someone to dress up as a frankfurter, because, sure, why not?

Pretend to Be the Apprentice

[dx_custom_adunit desktop_id="RTK_K67O" mobile_id="RTK_5yk0"] At another overly elaborate party, the guest of honor was a huge fan of "The Apprentice." So her friend hired a stranger through TaskRabbit to pretend to be a contestant on the show complete with hideous suit and a complete lack of common sense.

Play With a Chihuahua

One woman needed peace and quiet to do some important work, which was made impossible thanks to her hyperactive pet Chihuahua. The solution was to hire someone to play with the dog so the woman could finish her important work without needing to constantly keep the little fluffball entertained.

One TaskRabbit Tasker was in for a bit of a surprise when she was asked to steam clean a large collection of clothes. It turned out that the clothes belonged to Weird Al and his band, and they needed their outfits ready in time for a show later that evening.

Impersonate Someone at a Party

[dx_custom_adunit desktop_id="RTK_K67O" mobile_id="RTK_5yk0"] When one woman couldn't attend her friend's birthday party as she was out of town, she hatched an ingeniuous plan. She hired a stranger, a woman who looked nothing like her, to attend in her stead. The substitute was even prepped with annecdotes to share and claimed she'd been experimenting with a teleporter, which was why she looked nothing like herself.

Drop Off an Ex-Partner's Box of Stuff

Breakups can be hard. One TaskRabbit client decided that dropping off their ex-partner's old belongings at their house was too much to bear. So they hired a stranger to do it instead. Thankfully, the ex-partner wasn't at home when the Tasker came knocking.

Pretend to Work in an Office

Several Taskers got hired to sit at desks for a day and pretend to work. A small startup business wanted to look more impressive during an important meeting, so they filled their spare desks with strangers to fool their guests.

Bring Spare Keys to Someone Who Jumped Into a Lake

[dx_custom_adunit desktop_id="RTK_K67O" mobile_id="RTK_5yk0"] When one man jumped into a lake while on vacation, he forgot that he had his car key in his pocket. The electronic circuit inside the key was ruined in the water, meaning that the guy couldn't unlock or drive his car. So he hired a stranger to go to his house, pick up his spare key, and then drive it to his vacation home.

Write a Letter to a Bank

When one TaskRabbit client was given an outrageous demand for $2,000 from her bank, she wanted to fight. But she knew she lacked the skills to do it. So she hired a stranger to help her draft and send a letter to the bank. It worked, and the bank soon backed down.

CDs might have been a lot of fun once, but now they're a pain. Rather than spend a weekend burning more than 500 music CDs to a computer hard drive, one TaskRabbit client hired someone to do it for her.

[dx_custom_adunit desktop_id="RTK_K67O" mobile_id="RTK_5yk0"] One TaskRabbit client was fed up with tangled headphone cables. He read about a way of weaving the cables together to stop them getting tangled, but couldn't figure out how to do it himself. So he paid someone else to do it for him.

We all hate the snooze button, but sometimes we have to get up early whether we like it or not. One person paid a stranger through TaskRabbit to wake them up and make sure they got ready and out the door on time for an important appointment.

Christmas is a busy time of year, and it's often hard to get everything organized. Nothing's worse that having kids open their presents only to have to wait for hours while Mom and Dad struggle to set up the fiddly electronics. That's why one set of parents hired a stranger to build the toys before Christmas Day.

Bring a Phone Charger to a Maternity Ward

[dx_custom_adunit desktop_id="RTK_K67O" mobile_id="RTK_5yk0"] When one woman went into labor, she didn't realize until she was at the hospital that she didn't have her phone charger. As she was going to be there a while, and really wanted to be able to take photos, she went online with her remaining battery and hired someone to bring her a charger, thus saving the day.

Write Thank-You Cards for Someone Else

Another birth-related job: Following the birth of a child, a new mom wanted to send out thoughtful thank-you cards to everyone who had given her a present for the baby. But this is a lot for anyone to handle in the first few weeks of motherhood, so she outsourced the job and got 10 minutes of extra sleep instead.

There are actually several instances of people using TaskRabbit to find someone to assemble a bike for them. Many new bikes come in pieces, and it's easier to hire a stranger who knows what they're doing than to struggle endlessly with a ratchet for no reason.

Save a Space at a Spin Class

[dx_custom_adunit desktop_id="RTK_K67O" mobile_id="RTK_5yk0"] Speaking of bikes, one earnest gym enthusiast wanted to make sure they'd have a space on a very busy spin class. But as they couldn't get to the class in time to secure a bike, they hired a stranger to wait in the gym instead.

When a specialty brew of fancy beer was released on a first-come-first-served basis, one eager beer lover wanted to make sure they'd get to try the drink before it was sold out. As they couldn't attend in person (or, perhaps, simply didn't want to), they hired someone else to wait in line for the beer in their stead.

One Tasker was given a very important job: Hide Easter eggs throughout Central Park in anticipation of a hunt. Apparently the Easter Bunny was busy that day.

[dx_custom_adunit desktop_id="RTK_K67O" mobile_id="RTK_5yk0"] A group of old college friends invented a drinking game called "Ice", in which they'd hide a bottle of Smirnoff for each other to find, and whoever found it had to drink. Separated by years and distance, one TaskRabbit client decided to hire someone in their friends' city to plant Smirnoff bottles in convenient locations, so that they could all play the drinking game and reminisce on old memories.

Fill in for a Broken Elevator

When a group of friends wanted to hold a rooftop party, they ran into a problem: The elevator was broken. How were they going to get all their party equipment up onto the roof? The solution was to use TaskRabbit and hire someone to do the heavy lifting up and down the stairs on their behalf.

One poor Tasker got more than she bargained for when she agreed to wash a stranger's laundry. There was far more clothes than she had been told to expect, meaning that the job took a long time. The bigger problem, though, was that the clothes were all covered in cat diarrhea. When the man asked her to wash another batch of clothes in the future, the Tasker dramatically increased her price to make up for the horrible experience.

Play a Character in a Proposal Scavenger Hunt

[dx_custom_adunit desktop_id="RTK_K67O" mobile_id="RTK_5yk0"] These days, a marriage proposal needs to be special, and that can sometimes mean hiring actors. One Tasker was hired to play a role as a character in an elaborate scavenger hunt that led to the proposal spot.

Clean Around a Pig

One Tasker was given an unusual request when they were hired to clean an apartment. They were told to do their best to leave a resident pig undisturbed. Apparently, the pig was just visiting, and didn't normally live in the apartment. That's what the client claimed, at least.

Find a Stranger Who'd Made a Friend on an Airplane

When Cody and Amin hit it off while traveling on an airplane, they assumed they'd never see each other again. But Cody decided not to give up that easily. He hired someone through TaskRabbit to track Amin down so that they could continue their conversation.