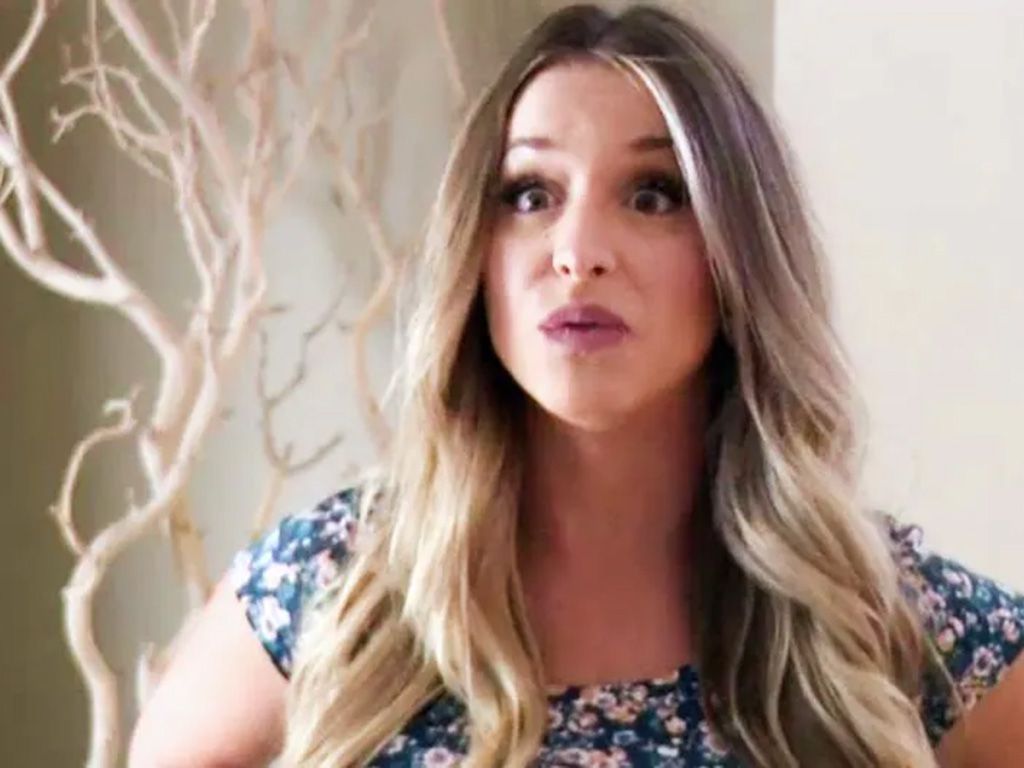 Her husband warned her that she might not get what she wanted, but she didn’t let that stop her. She brought her receipt up to the restaurant's counter with a stern look in her eye and demanded that the cashier explain what was going on. She was prepared to stand there until she got an explanation. But this wasn’t the end of the situation for the young military wife.

Mother of two, Suzanne Parkinson, is a dedicated mother who adores providing her kids with all her love and attention. But it hasn’t always been smooth sailing, considering she’s a military wife. She’s had her temper tested before, but this restaurant experience had her nostrils flaring and her blood boiling.

Suzanne had been unemployed most of her married life and has spent most of it in worry. She found that it was difficult for her to keep quiet when she had something to say. She had learned to live an agile life since she married her military sweetheart. The military life had you on your toes which made her feel overlooked at times and made a point of fighting for what she thought she deserved.

That time of year was when her husband had been deployed overseas again, and she was left alone to care for the house and the kids. On top of that, she worried and missed her husband. It was never easy saying goodbye to her husband, and she hated the feeling of worrying if he’d make it back home. It’s no wonder she was highly emotional by then, and his unfeeling gaze didn’t help.

She Expected Some Perks

Suzanne had decided to treat her kids to a night at Cici’s Pizza in Norfolk to celebrate her son’s 10th birthday. Her father-in-law had come along to join them.

She thought the gathering would lighten her mood and looked forward to her cheaper meal considering she was a military spouse. But things would only end up making her mood a whole lot worse.

She Called Her Husband

Everything had started wonderfully as they sat down and ordered their food. They enjoyed their meals, and Suzanne asked for the cake to be brought out once they had finished, and they all sang happy birthday to her son.

She wanted her husband to be part of the festivities and made an overseas video call. Although she had done it many times before, it still saddened her. That’s when she saw it.

Suzanne went from sad to angry in an instant upon seeing the bill. They hadn’t given her the discount. “Seriously?!” she fumed.

Her father-in-law saw the bill only amounted to $28 and told Suzanne to calm down, but she didn’t have it in her. She had made them aware of her status at the till when they ordered, and she felt that they were being rude. She had to stand up for what she believed in.

Standing Up For Our Heroes

Although many establishments gave discounts to military spouses, they were not obligated to do so. Such establishments include Disney, clothing stores, Home Depot, amusement parks, and cruises.

Despite Suzanne knowing this, she wanted some sense of acknowledgment, considering she always stood up for military spouses and their discounts. This non-complying restaurant would have its hands full with her, for sure.

Her father-in-law had warned, but she chose to ignore him. She sprung up from her chair before flicking her hair and marching over to the counter.

She smacked the receipt down on the cashier counter and demanded why she hadn’t been given her military spousal discount. The answer he gave was not to her liking, so she asked to see the person in charge, but she soon felt like she shouldn’t have started a dispute in the first place.

She Did Her Part

She recalled the tough times she had been through as a military wife while she waited. She told herself that she deserved this discount.

Although she wasn’t the one serving, she had still compromised a lot to support her husband’s career. By doing so, she was helping her country and contributing like any other military personnel. But the manager didn’t see it that way.

Maintaining her sense of righteousness, she repeated the same question to the manager. But what he would say back to her would put her in her place.

Back to a place of total shock that anyone would dare talk to her like that. A scene unfolded as they began to attract the attention of everyone around them. She wasn’t going down without a fight.

The cashier at Cici’s pizza couldn’t deny that active servicemen and women deserved his respect and admiration. He also understood that many of these brave men and women had families and dependants who have to deal with them being gone for long periods of time. But one thing he wouldn’t tolerate was entitlement. He was about to let Suzanne have it.

Wasn’t it enough that the pizzeria would make little to no profit on the cheap specials that Suzanne had ordered for the table?

They did it to keep business flowing on slow days, but this woman was really taking advantage. Why did she think she was entitled to a discount just for being a military spouse? He couldn’t help himself when he replied — It was just too good.

“The man is issued a seabag, not a spouse,” he replied sweetly, trying not to giggle as the entitled woman’s expression changed from self-important to absolutely incredulous.

Then, her face hardened. “I’m going to have to call corporate,” she threatened. But the cashier had an answer for that, too. If Suzanne was unhappy now, she would soon be livid.

“Go ahead. I’m the district manager, so nothing will change. If you wish, we can sit down and talk,” the cashier replied. Suzanne, bested, didn’t know how to reply to that.

She looked around the room, expecting to hear somebody come to her defense. But nobody spoke up, she was met with silence, and people avoided her eye contact as she scanned the room.

Suzanne quietly went back to the table, seething. If nobody was going to say anything, she would look elsewhere. Then, she had an idea.

She immediately posted what just happened on her military wives’ Facebook group to vent and try and get some sympathy. But what were their opinions? Was she acting entitled?

‘Thankfully, my kids and father-in-law were with me and it was a celebration for my soon-to-be 10-year-old or I would have left!” Suzanne typed angrily.

“I don’t care about the free drink, I care that this man feels that only the service members serve and openly gives such disrespect to military spouse! Please share!’ her post concluded. But it all backfired spectacularly.

One Facebook user thought she was being entitled: “It’s much appreciated when corporations extend their military discount to spouses, but it shouldn’t be expected. Stop being so entitled.”

While another disagreed, “I believe they should get the discount. Unless you have served or know how it feels to worry about someone 24/7 for days, weeks, months, even years. Please don’t speak down on a spouse or the children of people who are deployed”.

The Footage Was Leaked

Soon after it was written, the post was leaked into a Reddit forum dedicated to “dependas,” which is a term used to describe military spouses with an overwhelming sense of self-importance that, sometimes, even overshadows their deployed spouse’s achievements while serving their country.

Unfortunately, there are many military spouses who do little to dispel the stereotype.

Military families face many challenges when a member is deployed, and even more so when the member is a parent.

They must bid farewell to their loved ones as they are sent for their tour of duty, and sometimes they don’t know if they will return. No one can deny that being a military wife can’t be easy.

The family members of servicemen, holding down the fort and handling life’s challenges alone, are left behind. Without the help of their loved ones nearby, they don’t have an easy time either.

This proves to be quite difficult when the person at home has to be there for the family and take 200% of the workload. However, are military wives entitled to special treatment?

Taking It Too Far

Sometimes the dependants of servicemen take things too far and cause a lot of resentment amongst the public and other servicemen and women.

There are many such stories floating around the internet about these entitled spouses. But Suzanne’s post, in particular, sparked such a storm of fury on social media that she was left reeling.

Many people have reacted to the story, sharing their indignation at what they perceived as audacity and a sense of entitlement. ‘Feed 5 people endless pizza for $28 and this chick still complains,’ one user wrote.

With such opposing views, many others also decided to share their own stories of military spouses and children – adding fuel to the fire.

‘It’s laughable how some of the military spouses view their spouses’ accomplishments as their own and try to pull rank over other people,’ another comment reads.

Even other military spouses had stories to share. One such spouse posted: ‘I am a military spouse, some of the entitlement is UNREAL. I have legitimately met wives who say things like “our rank” and  “thank US for OUR service.”’

The woman then continues to talk about a wife who insisted that she ‘address her by her rank, even though she wasn’t military. The woman is clearly not impressed by such behavior, saying: ‘My husband serves, not me or our kids. I hate when people automatically go “well my husband serves our country so….” Give me a break.’

Another eagle-eyed user was quick to notice something on the bill that made Suzanne’s case even less compelling.

‘I didn’t see it pointed out but she ordered 3 child buffets, 2 adult buffets, and 2 adult drinks….now either she let the kids go without drinks….OR…more than likely let them drink from her cup saving her the price of 3 kids drinks.’

Another user wrote: ‘My last duty station there was a woman who was married to a 2nd Lt who used to demand we salute her and would do stupid stuff like try to put us at attention in the gym or PX etc.’

He added: ‘…finally one day a base-wide email went out from a Lt Col and in it said “Remind your spouses they do NOT wear your rank and outside of commonplace niceties and respect, deserve nothing extra”.’

Another user had a good point: ‘I grew up being told that if the military wanted their personnel to have a family; they would have issued them with a spouse and kids,’ he pointed out.

‘I know times have changed in the past decade, but not to the point that the sacrifices made by the families are recognized. Besides, you married into the lifestyle!’

While a few other military wives were on her side, the majority certainly weren’t. And, as one Redditer pointed out, Suzanne married into the lifestyle and knew what she was getting into.In the end, she couldn’t take the heat.

Suzanne ended up staying at the restaurant as it was a celebration for her son, but she continues to demand respect from establishments like this and the wider population as she fights to change the narrative on military wives. She explained, “I don’t care about the free drink, I care that this man feels that only the service member serves and openly gives such disrespect to military wives!”

The events of this story are entirely fictional and are products of the author’s imagination. Images included are meant for illustration purposes only. Any resemblance to actual events, places or persons, living or dead, are entirely coincidental.