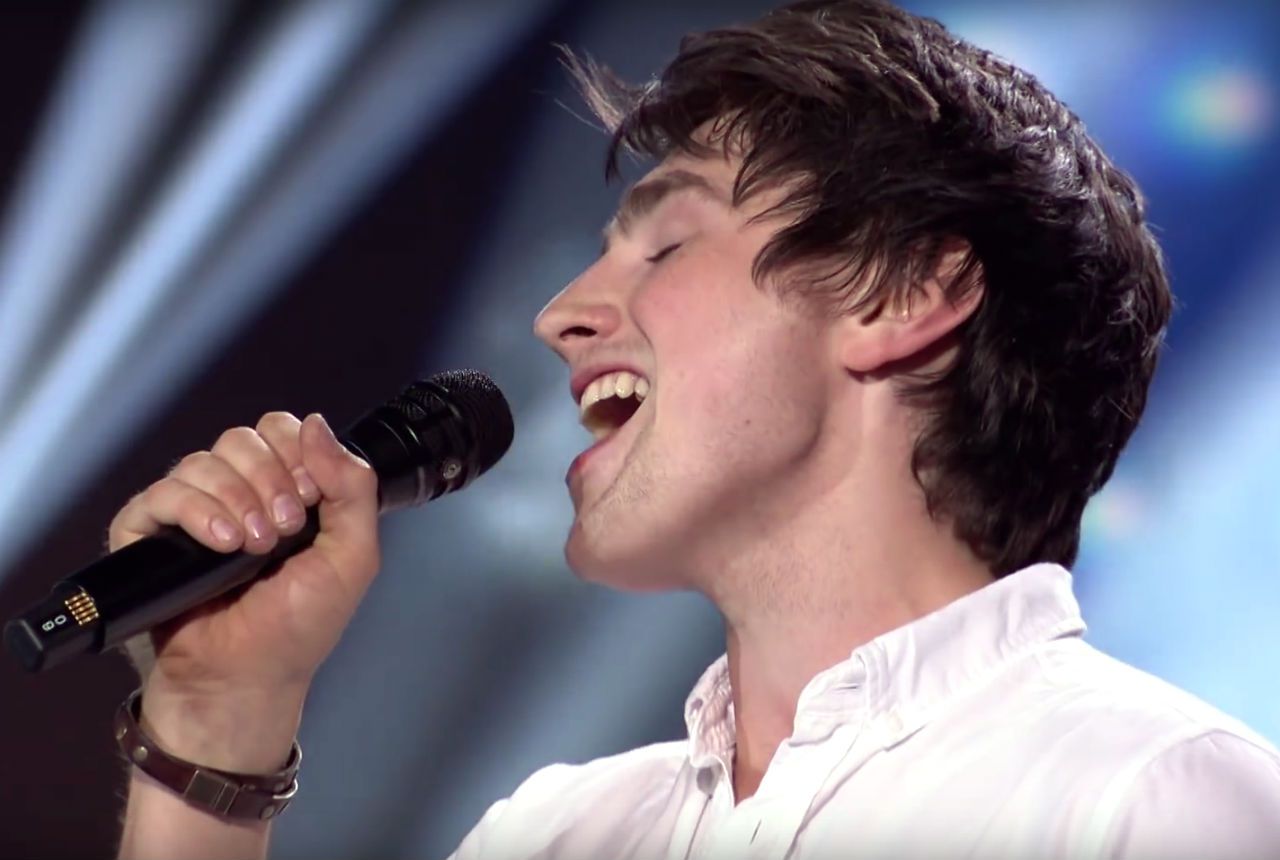 Simon Cowell’s built his entire brand around being almost impossible to impress. So when the music impresario tells a singer he hasn’t seen anyone better, you know it’s no B.S. When 21-year-old Irish singer Brendan Murray took the stage for Britain's version of "The X-Factor," judge Louis Tomlinson from One Direction told him frankly, "It's about to get real tough now." He asked Murray why he deserves to advance in the competition. [dx_custom_adunit desktop_id="RTK_K67O" mobile_id="RTK_AciD"]

"It's the dream," Murray said. "Everyone wants to be in this position. Music is just my passion, something I've always loved, and I'll do anything to get in that seat."

[dx_custom_adunit desktop_id="RTK_K67O" mobile_id="RTK_AciD"] In this instance, "doing anything" meant belting out a stunning, heartfelt rendition of R.E.M.'s classic song, "Everybody Hurts." And Murray's performance immediately won over everybody in the room. Because it wasn’t just Cowell who literally stood up and took notice of Murray. The other judges looked like they could barely breathe while he sang. The young Irish singer impressed not only with his vocal talent, but the emotional commitment of his performance.

While everyone in the crowd was still on their feet cheering for Murray, Cowell got to the heart of the matter. He told Murray, “Brendan, you’re in a completely different league to everyone else we’ve seen so far.”

Murray looked breathless as he listened to the notoriously prickly judge praising his emotional performance.

Cowell added, “And you know what’s so charming about you? You don’t even know how good you are.”

[dx_custom_adunit desktop_id="RTK_K67O" mobile_id="RTK_AciD"] Tomlinson drove home the point about just exactly how good Murray is. Tomlinson said to Murray while stepping away from the judge’s table, “Brendan, just come here for a sec. Just come here, I just want a quick word...” Tomlinson then ran forward to activate the coveted Golden Buzzer. It set off a shower of pyrotechnics and golden glitter to light up the stage and put the audience back on its feet.

[dx_custom_adunit desktop_id="RTK_K67O" mobile_id="RTK_AciD"] The Golden Buzzer is a once-per-season privilege for “X-Factor” judges. It allows a judge to send a contestant straight through to the competition’s semi-finals round. It also makes the contestant immune to being swapped out for another performer during the six-chair challenge. The Golden Buzzer should be familiar to fans of “America’s Got Talent,” but it's a brand-new feature on the U.K. “X-Factor” this season. https://www.instagram.com/p/BoXUqk0gKrW/?taken-by=brendanmurray96 [dx_custom_adunit desktop_id="RTK_K67O" mobile_id="RTK_AciD"] After the episode aired, Murray posted a video on Instagram captioned simply, “I’m over the moon right now, I just wanna say, thank you.”

In the video, Murray said, “I'm a bit speechless at the minute. ... I'd like to thank my friends and family for all their kind messages and support. ... I'm just really excited to share this 'X-Factor' journey with everyone.

[dx_custom_adunit desktop_id="RTK_K67O" mobile_id="RTK_AciD"] European fans of the show may recognize Murray for representing Ireland in this year’s Eurovision contest, which took place in the spring. Murray says he applied to be on “The X-Factor” last Christmas after some encouragement from his father. His dad told him there’s “no point trying it when you’re 51, you may as well try it when you’re 21.” Watch Murray’s Golden Buzzer-worthy performance now: