An Emotional Display of Sportsmanship at the Paralympics Just Went Viral 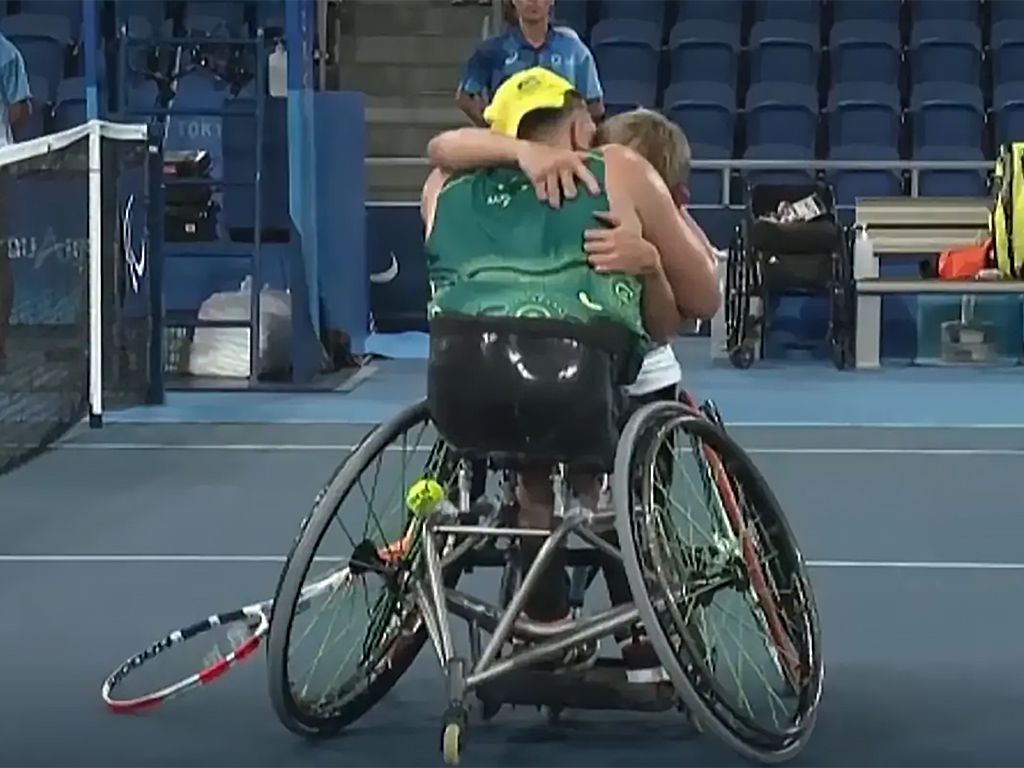 During this week’s Paralympic Games, Dylan Alcott from Australia won his tennis singles semi-final match against his 18-year-old opponent Niels Vink after a game that lasted about three hours. The 30-year-old’s win however, isn’t what caught the crowd’s attention. It was his incredible show of sportsmanship directly after the game, when he embraced his opponent and celebrated the great match with Vink.

Niels Vink looked up to his opponent Dylan Alcott while he was growing up and training in his sport, so it came as no surprise to his fans that he celebrated his opponent’s incredible win. Alcott also commented on that fact, saying after the game, “I know he read my book growing up. I sent him a birthday video for his 18th. We’re mates.” The love between the two players was felt by everyone in attendance and those who were watching at home. Even one of the live commentators on the game said, "Huge amount of respect there. It's making me come to tears here. What a great, great show of sportsmanship."

Alcott continued to praise his opponent after the game, saying, “When I hugged him at the end he was in tears. He wouldn't let go and I just said I was so proud of him, how well he played. I'm just so proud of him.” But this won’t be the last time that the two compete against each other. Next week they will see each other on the court again when Alcott and his partner Heath Davidson play against Vink and his partner Sam Schroder in the quad wheelchair doubles final. And after the Paralympics wrap up, Alcott has plans to compete in the US Open later this year.