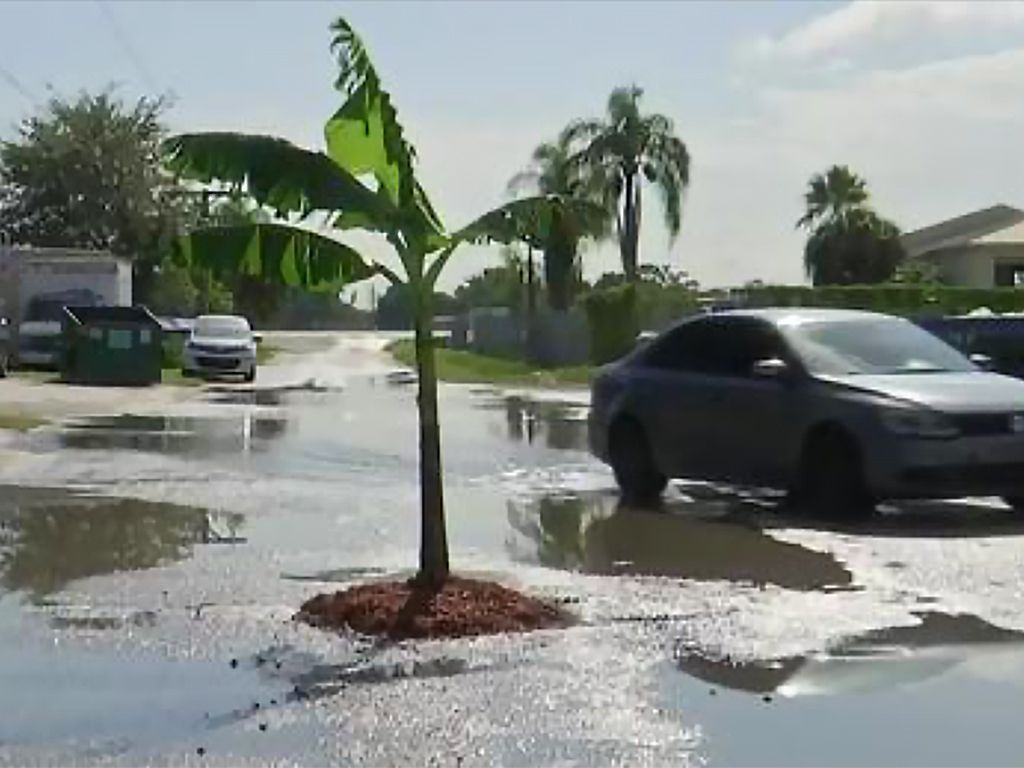 In Fort Myers, Florida, hitting a pot hole while driving around town is a common occurrence. And unfortunately, local laws state that it is up to business owners to fix any road problems that occur on privately owned streets. Bryan Raymond was one business owner who was sick of having to fill pot holes himself, so he came up with a novel solution to warn motorists to stay away from the dangerous pot hole.

The tall banana tree that is now located in the middle of Honda Drive in South Fort Myers is definitely a deterrent for drivers. While some people who frequent the road stared at the new foliage in disbelief, others were happy to see a creative solution to the frequent problem. Since Raymond, who owns Progress and Pride Fitness Group on the street, moved his business into the area, he has noticed a significant problem with potholes and floodwaters on the street.

But some drivers have warned that this obviously makes driving on the street more dangerous, if not for the obvious reason. Nicholas Angus told local television station WINK-TV, “The tree makes it harder to get around the next pothole that’s right next to it.” While another business owner in the area told WBBH, “I love it, I think it’s hilarious. We should have more of these.” It’s anyone’s guess exactly how long the tree will remain planted in its new spot, but one thing is for sure: no one will be driving over the pothole under it until the tree is removed.