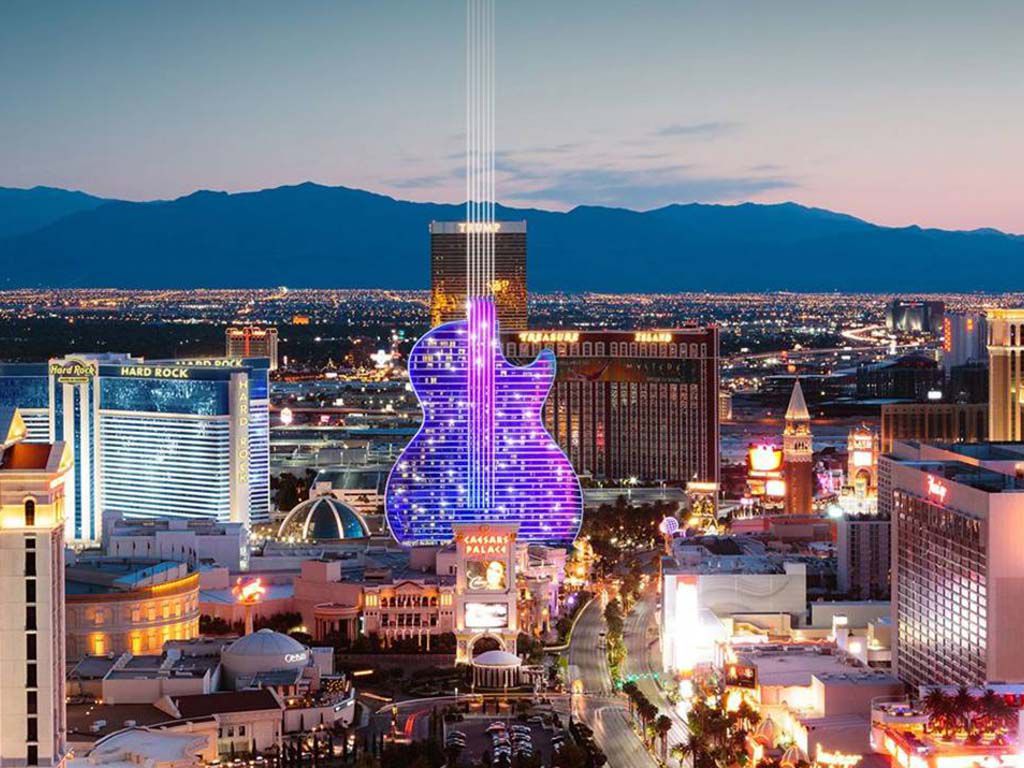 Hard Rock International, the company which runs Hard Rock Cafe locations around the world, has just acquired The Mirage Hotel and Casino from MGM. The company paid $1.075 billion for the operating assets of The Mirage and agreed to a long-term lease with VICI Properties, Inc, the company that owns the land.

Chairman of Hard Rock International Jim Allen mentioned in a statement, "We are honored to welcome The Mirage's 3,500 team members to the Hard Rock family. When complete, Hard Rock Las Vegas will be a fully integrated resort welcoming meetings, groups, tourists and casino guests from around the world to its nearly 80 acre center Strip location."

Hard Rock’s plan for the area is to create a massive guitar-shaped hotel for guests to stay in. The hotel’s current tower will stay where it is and the guitar feature will be built alongside it, complete with lights beaming into the sky representing the strings of the guitar.

Plans are being made by MGM Resorts to fully rebrand the hotel, which first opened its doors in 1989. And to say goodbye to the iconic building as it once was, MGM Resorts CEO and President Bill Hornbuckle said, “As part of the team that opened The Mirage in 1989, I know firsthand how special it is, and what a great opportunity it presents to the Hard Rock team. I want to thank all of our Mirage employees who have consistently delivered world-class gaming and entertainment experiences to our guests for more than three decades."