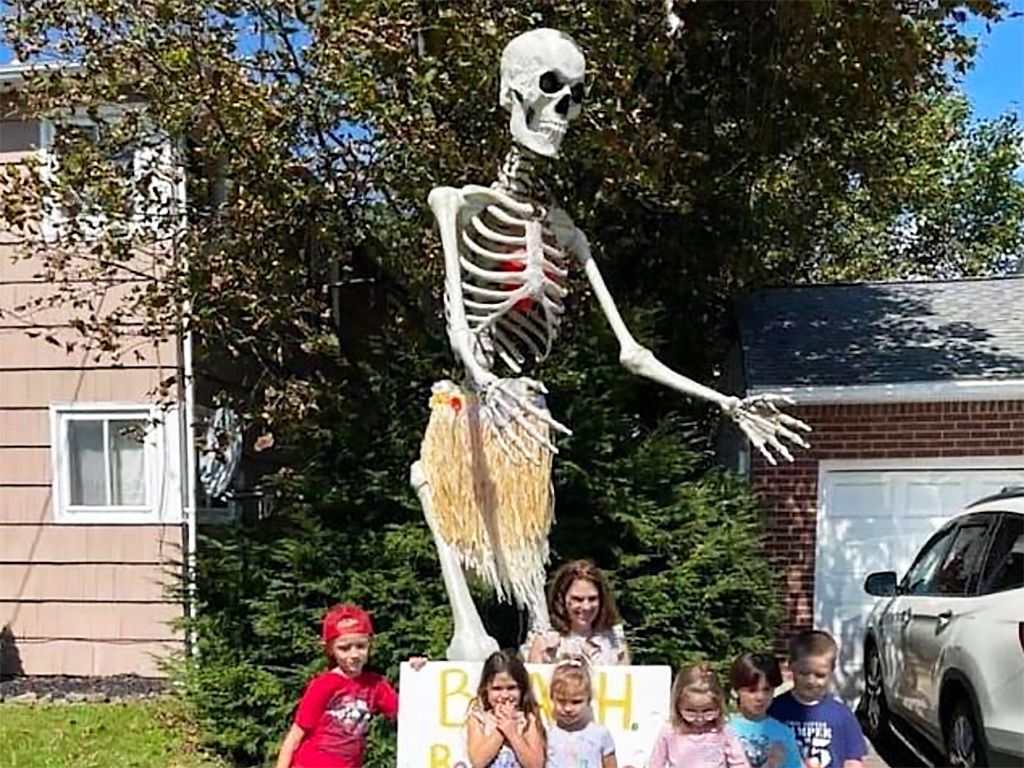 When a 12-foot tall skeleton appeared in the front yard of Scott Varcadipane and his fiancé Samantha Dalla-Verde’s home in October of 2020, their neighbors thought that the Halloween decoration would be temporary. But the couple put out the skeleton again in December, fully dressed as the Grinch, much to the dismay of one of their neighbors.

When one of their neighbors left an anonymous note about the skeleton ruining Christmas, the humorous couple decided to keep the skeleton around for a bit longer. As the seasons passed, the couple dressed up the skeleton in various outfits including a sombrero for Cinco de Mayo and giant sunglasses for Mother’s Day. Not a holiday went by without the skeleton, who the couple named Boris, being dressed up.

And the joke went on to become more than just a neighborhood eyesore. After photos of the unique skeleton were posted on social media, people from all over the world started to show their support for the couple’s fun loving antics. That inspired the couple to start using the skeleton to raise money for various charities, including Alzheimers Association, Mercy House, and Willow's Wings.

To date, the couple has raised over $16,000 for charity and they show no signs of putting Boris away any time soon. They even sell Boris-themed merchandise via an online store and some of the proceeds of these sales also goes to charity.