Sarah Knieser
Hungover Student Shocked to Find No Beans in Can of Baked Beans January 3, 2022Leave a comment 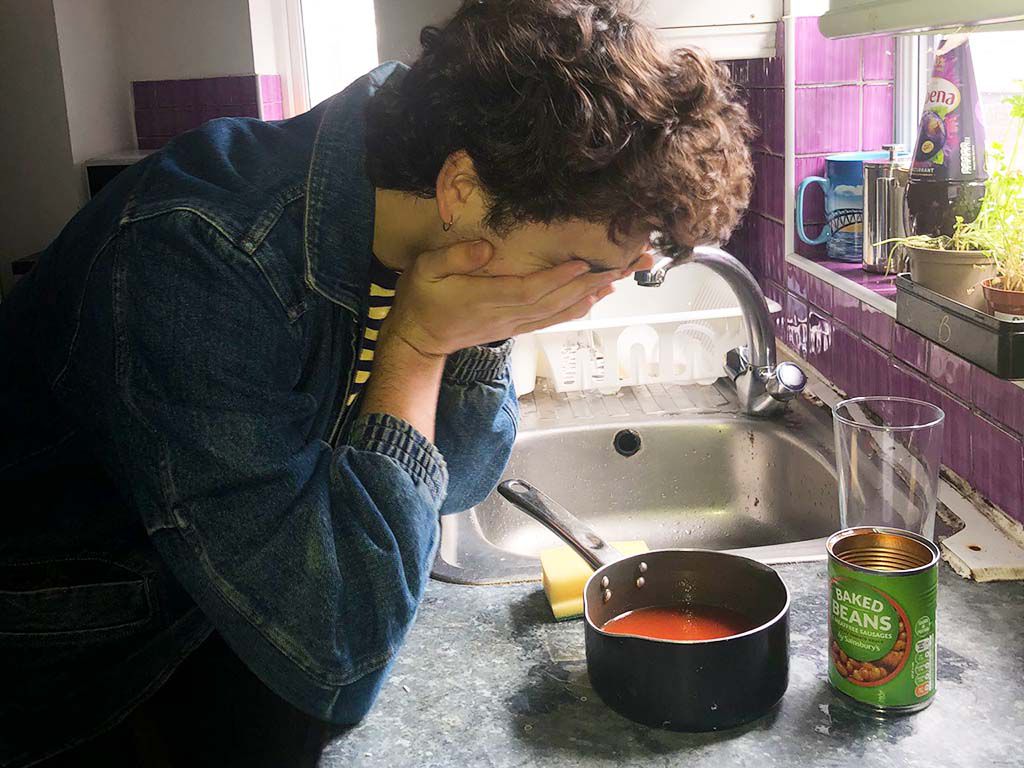 The new year may be off to a rough start for many people who have fallen short on accomplishing their resolutions, but one young man couldn’t even accomplish breakfast. The victim of “Beangate,” as the internet has dubbed the event, is a 22-year-old student named Rory who lives in England, where one of the most popular breakfast items is beans with sausage and toast.

The UK’s “trusted favorite” brand of baked beans, Sainsbury’s, failed to live up to expectations when Rory opened a can of Baked Beans & Meat Free Sausages to find only four veggie sausages in a tin of sauce. And the physics student, who had been out late drinking the night before knew immediately that he had to share the rare occurrence with all of his friends on social media.

“When I saw the sight before my eyes, I was too stunned to say anything and my head fell into my hands,” Rory wrote online. “In my eagerness to purchase some food at the time, I didn’t fully register that the can was lighter than usual.” But the Manchester-based student didn’t go hungry that morning. Rory ate the meal without its promised beans, much to the embarrassment of his roommate Gemma, who recalled that watching “a grown man drink what was essentially an entire tin of bean juice” made her “blood run cold.”

A spokesperson from Sainsbury’s saw Rory’s post on Twitter and soon reached out to the young student, writing, “Oh dear, there appears to have bean a mistake! We’re investigating and are in touch with Gemma to apologize for the mix-up.” They also gave Rory a one pound refund, which was a bit more than he originally paid for the beans.