A Moon-Shaped Resort Is In the Works For Las Vegas

Sarah Knieser
A Moon-Shaped Resort Is In the Works For Las Vegas September 25, 2021Leave a comment 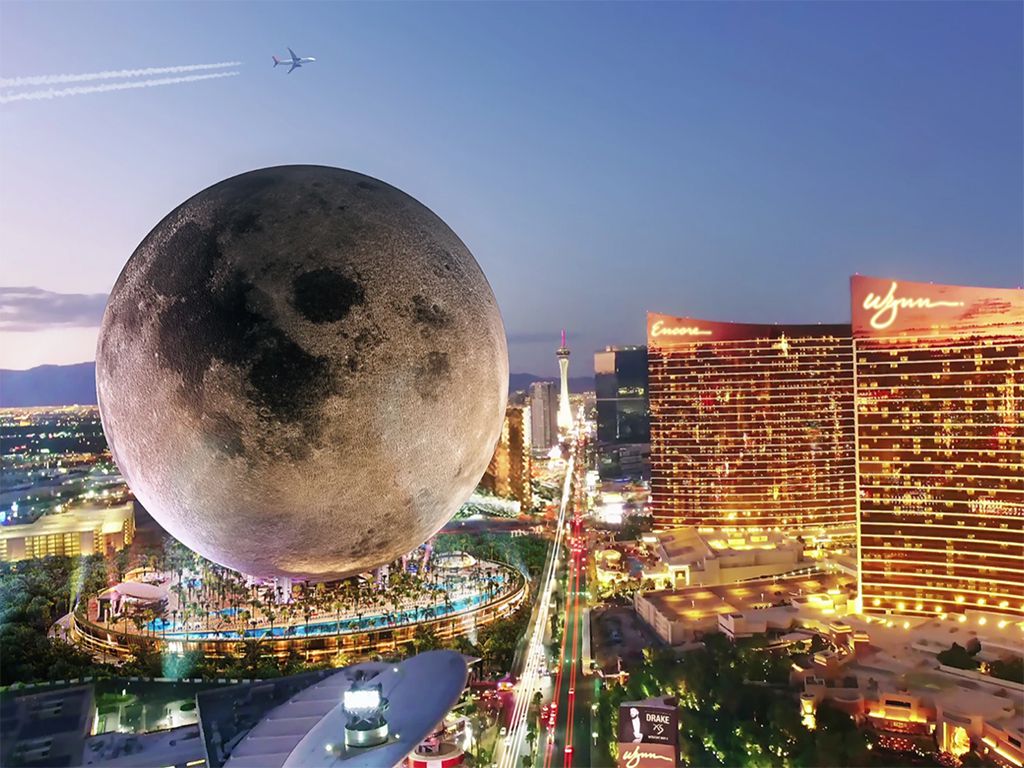 There’s a new resort in the works that will completely transform the Las Vegas skyline. A massive Moon-shaped resort with 4,000 hotel rooms, a casino and a spa could be the newest addition to Sin City. And staying at the resort will cost significantly less than the $200,000 tickets offered by space travel companies like Jeff Bezo’s Blue Origin and Richard Branson’s Virgin Galactic. The cheapest rooms will cost about $500 per night. And like other Las Vegas resorts, there will be tons of entertainment including a “lunar colony,” “crater café,” and a lagoon.

The massive structure is planned to be 5.5 million square feet and span  735 feet tall and 650 feet wide. That makes the resort a 1/75,000-size scale replica of the actual Moon that orbits Earth. And the space theming will be incorporated into every aspect of the resort, from its rooms to its nightclub, which will be themed as the surface of the Moon itself.

And the entertainment isn’t confined only to the inside of the lunar structure. The Moon resort itself will rest upon a three-floor platform which will feature live entertainment. The huge endeavor will be costly, with estimates predicting that the resort will cost about $4.9 billion to complete. And the company who designed the resort also has plans to create other Moon resorts in Europe, Asia and the Middle East. Michael Henderson, the co-founder of Moon World Resorts, told DailyMail, “Without question, when guests venture onto the lunar surface, for the first time in their lives, they will believe they are on the Moon.”