Restaurant Worker Receives His Final Paycheck as a Bucket of Pennies 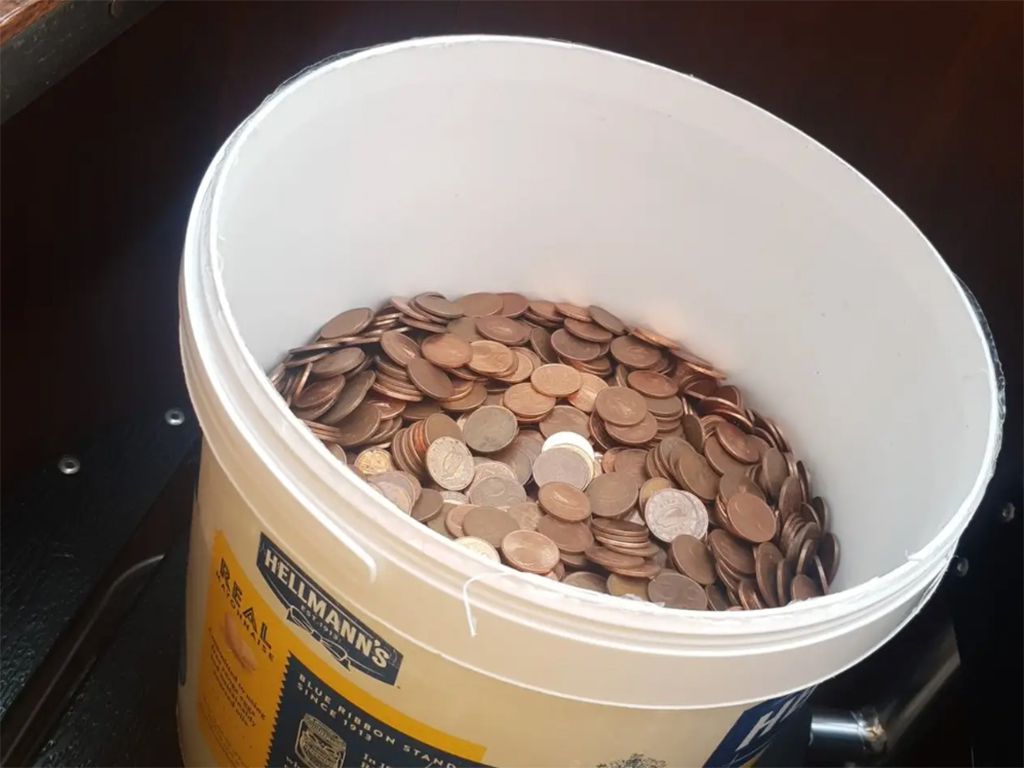 A restaurant worker in Dublin was stunned to open his door and find a bucket filled with small coins delivered by his former boss. After asking for his final paycheck for a few weeks, he never dreamed that his boss would pull a stunt like this.

The worker took to Twitter to air his grievances, writing, "After chasing my last pay for weeks I finally got it but in a bucket of 5c coins." The mayonnaise bucket filled with coins weighed an astonishing 29.8 kg, or over 65 pounds. The former restaurant worker explained that the reason he needed the money “as soon as possible” was to pay for college fees that were due immediately. Over text messages, his boss explained that he couldn’t give him a check as he had lost the man’s bank information, but he could supply cash.

People on Twitter were quick to notice the rude gesture and give their thoughts. In response, the restaurant worker wrote, “the Hellman's jokes aren't getting old each one still gets a chuckle. Cheers for the support." One commenter weighed in on the thankless job that is being an employee at a restaurant, writing, "And the world wonders why there's a shortage of hospitality staff...?"