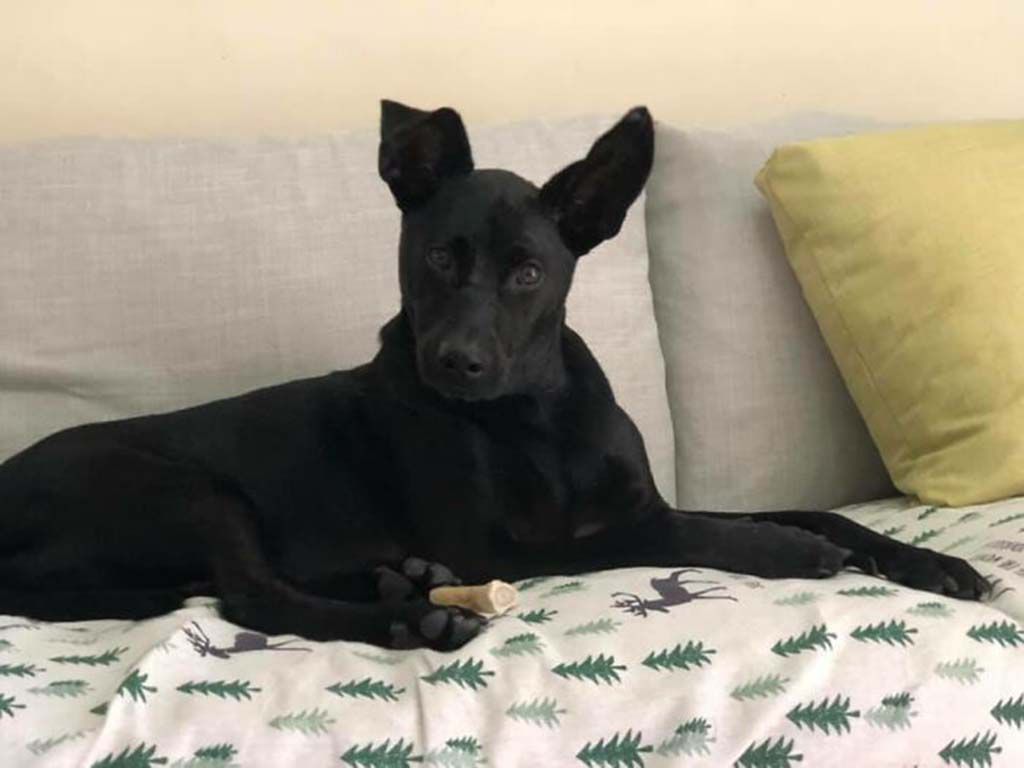 Goody Wu, a woman currently living in Taiwan, owes much of her happiness to her dog Owen. She found her dog when she rescued him three years ago after he had become badly wounded on the streets of Taipei City. While helping to rescue stray animals, Wu came across Owen, who had two broken legs and was unable to walk, and helped him to safety.

And she has never stopped looking after her dog, which is evident by what was captured on a security camera on October 24. Owen was the first to notice that the ground was shaking and before Wu could even recognize that an earthquake was forming, she leapt up from her spot on the couch and wrapped her arms around her dog. She knew in that moment that there was nothing more important to her than Owen, and even if she was injured in the process, she would do everything she possible could to save him.

And the 6.5 magnitude earthquake wasn’t the only thing she had saved Owen from. Wu recalls the moment that she first saw Owen, writing, “I didn’t think of anything else at the time but to hold him in my arms, to comfort him.” Wu knew that if he was left on the streets of Taiwan, he would ultimately perish, so she brought him to two animal hospitals for emergency surgery. “At first, he was supposed to be sent up for adoption, but I decided it would be better for me to take care of him for the rest of my life,” wrote Wu.

Now Owen can walk and run like other dogs, and he even helps Wu rescue other strays. “Owen is a very intelligent and caring dog, and he is very good at helping and taking care of other small animals,” wrote Wu on social media. Owen specializes in finding injured or weak animals in the forest and with Wu’s help, they bring countless animals in need back to safety.