Camila Villafane
Hottest NFL Wives and Girlfriends These Pro Athletes Get to Go Home To December 12, 2018 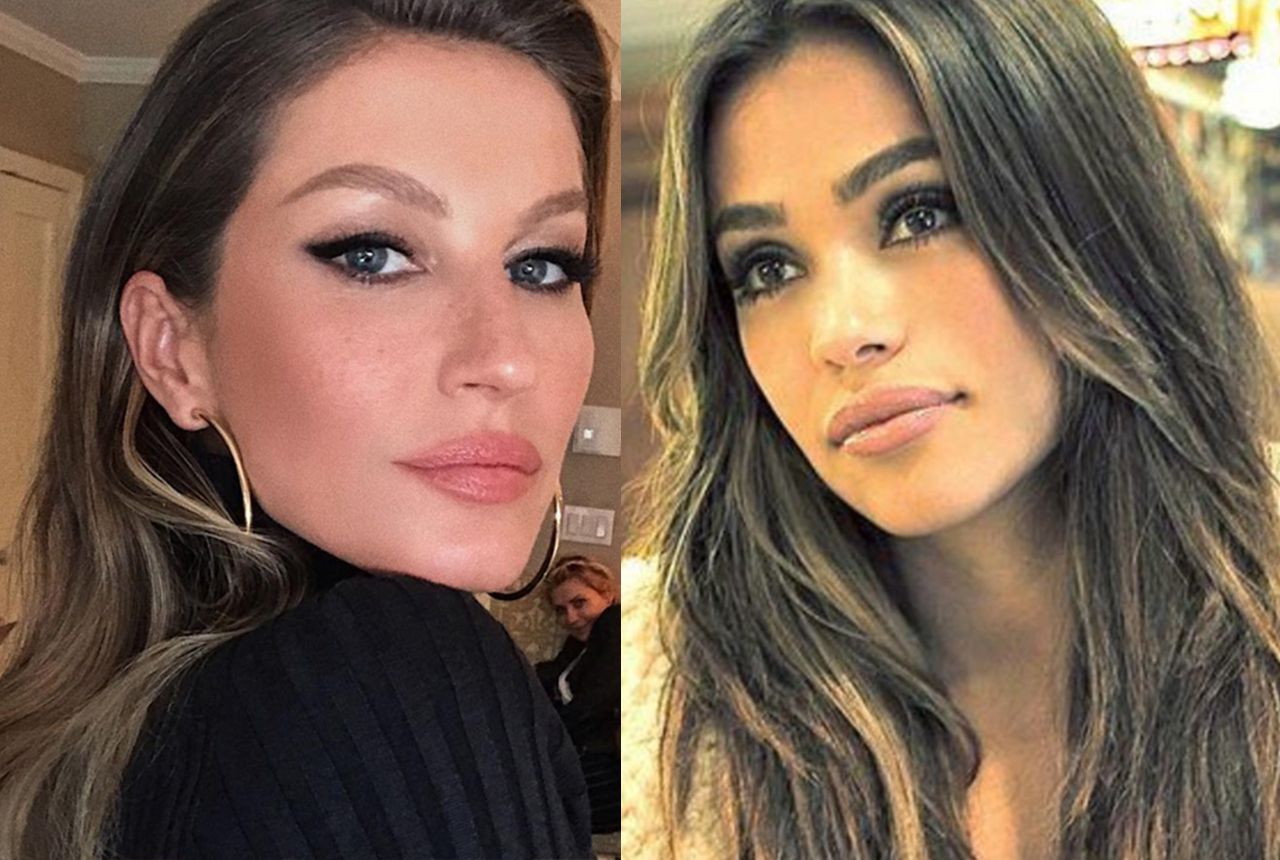 These famous NFL players know all about winning and losing on the football field. But they sure hit a touchdown when they met the hottest NFL wives and girlfriends ever. Finding these women was better than a field goal for these guys.

“The Hills” reality star Kristin Cavallari married Jay Cutler in 2013. But it was Cutler who pursued her. He spoke with her publicist to ask her out on a date. “I said no because I didn’t want a boyfriend,” she told People. But a year later, she met him at a Bears game and got engaged eight months later when she clearly changed her mind for good.

Brazilian model Gisele Bundchën married New England Patriots Tom Brady in 2009. They're not only head over heels in love, but they've always been supportive of each other’s work. All you have to do is check her Instagram account to know that this gal is in it for the long run. “I fell in love with you because of your beautiful and sensitive heart.”

Dance teacher Lili Avagyan married former NFL running back Reggie Bush in 2014. The two welcomed a third child in 2017, and proved that love really does conquer all. They’re still together even though allegations surfaced that Bush had been seeing someone one on the side.

New York Giants Odell Beckham Jr., was supposedly dating Greek model, Instagrammer, and social media guru Polyxeni Ferfeli back in 2017. The model is said to have her own clothing line too. But they allegedly broke up for a while. Now rumors are circling again, and the two lovebirds are back together...again. Seriously, dude, who wouldn't want to put a ring on this succesful entrepreneur who's also a total knockout?

Ciara’s hubby, Russell Wilson is a quarterback for the Seattle Seahawks, but she holds her own as the singer of uber catchy hits like 2018’s “Level Up.”  But what she’s most proud of is her family. She and Wilson got hitched in 2016 and have two kids, Sienna and Future.

In 2007, October Gonzalez married former NFL tight end Tony Gonzalez, or did they? They got hitched the same year they met, but the NFL star supposedly had a commitment ceremony. In other words, it’s not legally binding. But who needs a piece of paper to define love? Still, many fans can't believe Gonzalez hasn't made it official with the stunning beauty and we can't help but feel the same.

Of all the hottest NFL wives and girlfriends, Kerry Washington may be one of the most successful. Her character on the show “Scandal” was surrounded by drama. But her real-life marriage to former NFL player-turned actor Nnamdi Asomugha was scandalous too when they got hitched in a secret ceremony in 2013.

Country singer Jessie James married former NFL star Eric Decker in 2013. They love each other so much and have even starred on the reality show “Eric & Jessie,” and she's definitely happy to wake up next to her hunky husband. “He’s amazing,” she told The Knot. “I don’t know how I got so lucky.”

The Miss Alabama USA 2012 beauty queen and model is the definition of beauty. She got married to Oakland Raiders NFL star AJ McCarron in 2014. But when McCarron proposed, someone wrote a graffiti on a wall at the University of Alabama begging the player not to marry Webb. Fortunately, he didn’t listen. I mean, who would? Look at her!

Ashley Nicole Roberts made her TV debut in the reality show “WAGS Miami.” And before that, the stunning model was also a US Army Captain. Who would have imagined? This gorgeous gal with flawless features also scored big time when she married NFL free agent Philip Wheeler in 2017. Life is going pretty well for Roberts, or so it seems.

The reality star was married to former NFL football player Hank Baskett for almost nine years and have two kids together. But in 2018, she wrote on Instagram: “Today is the last day of my marriage to this beautiful man.” Sounds like there’s still some love there, so who knows? You never know with these two! They might get back together again in a few months.

Kia Proctor was virtually an unknown former model until she started dating Carolina Panthers quarterback Cam Newton in 2013. She was also known as Hazel but has since traded swinging on poles and twerking for money in order to change diapers. Kia gave birth to the couple's third child in 2018 and they seem more than happy together.

In 2017, Detroit Lions NFL star Golden Tate got married with Elise Pollard. But Pollard told The Knot that it wasn’t easy planning the wedding. “With Golden in the NFL, we literally had to plan our wedding date around the season.” Still, Tate doesn't regret a thing and claims marrying Pollard was the ultimate touchdown. We don't disagree.

Blonde bombshell Lauren Tannehill got married to Miami Dolphins NFL star Ryan Tannehill in 2012. On her Twitter profile, she wrote: “Married to my best friend who happens to be a major hunk.” But she's pretty much on the same league as Tannehill, as she's pretty much one of the most gorgeous NFL wives. The couple have a son named Steel and a daughter named Stella Rose.

Model Carmella DeCesare got hitched to former NFL star Jeff Garcia in 2007. DeCesare has appeared on “The Girls Next Door” reality series. Garcia had a rough time since he was let go of the 49ers, but thankfully, his wife was there to show him all the love and support he needed to avoid going to a dark place.

Carrie Prejean is a model and former Miss California USA who married former NFL star Kyle Boller in 2010. But Prejean will always be known as the pageant contestant who told Perez Hilton that she believed that marriage was between a man and a woman.

Model and actress Brande Roderick has been married to former NFL star Glenn Cadrez since 2007. The football player saw Roderick on the reality show, “The Surreal Life,” and it was love at first sight. But Roderick told Ranch And Coast, “It was instant chemistry,” after she auditioned for a part in Snoop Dogg’s "Hood of Horror,” a film that Cadrez was producing.

Lacey Minchew might have starred in the 2010 film “Beauty & The Briefcase” but her hubby Matt Flynn is no beast, unless he’s on the football field of course. She and the former Green Bay Packers NFL star got hitched in 2013 and have a beautiful family together.

Sarah Hinton may not be the most popular person on the planet, but she’s certainly one of the hottest NFL wives and girlfriends. She’s the stunning wife of San Francisco 49ers Garrett Celek, and they’ve been married since 2014 and are still going strong.

Abby married her college sweetheart, Eli Manning, a quarterback for the New York Giants in 2008 and they have a gorge family, which includes three kids. Aside from being a total beauty, she's also a wife, a mom, and a philanthropist with a generous heart.

Candice Crawford is a reporter and sports anchor who enjoys playing basketball, cooking, and running. Oh, and she’s been married to former Dallas Cowboys quarterback Tony Romo since 2011. The two started dating in 2009 shortly after he split from Jessica Simpson. Well, he does seem to have a type!

“Soul Food” actress Sasha Dindayal has been married to Los Angeles Chargers Antonio Gates since 2011. But despite having two kids together, things haven't always been worked out for them. And like most couples, they’ve had their ups and downs but they’ve managed to make their bond stronger than ever.

Elizabeth Barry is the wife of Washington redskins quarterback Alex Smith. They got engaged in in 2007 and married in 2009. They now have three kids together, and she seems pretty happy with the way things are going for her. She wrote on her Twitter profile: “Wife of an amazing man, mother of two wild boys and a sweet little lady.”

In 2003, Brittany Dudchenko married a saint, well, sort of. Drew Brees is NFL player for the New Orleans Saints. The gorgeous blonde and the tall handsome NFL rockstar have four children. With her help, the couple founded "The Brees Dream Foundation," which is dedicated to providing aid to children in need of cancer treatment.

Samantha Ponder is a sportscaster who’s hosted the NFL Countdown on ESPN. In 2012, she married former NFL quarterback Christian Ponder.  But they would have probably never met if it hadn’t been for social media. “Our version of Christian Mingle was on Twitter,” she told TwinCities.